HAWAIʻI VOLCANOES NATIONAL PARK - While no major changes in the summit eruption have been observed, scientists have been documenting the evolution of the active west vent. 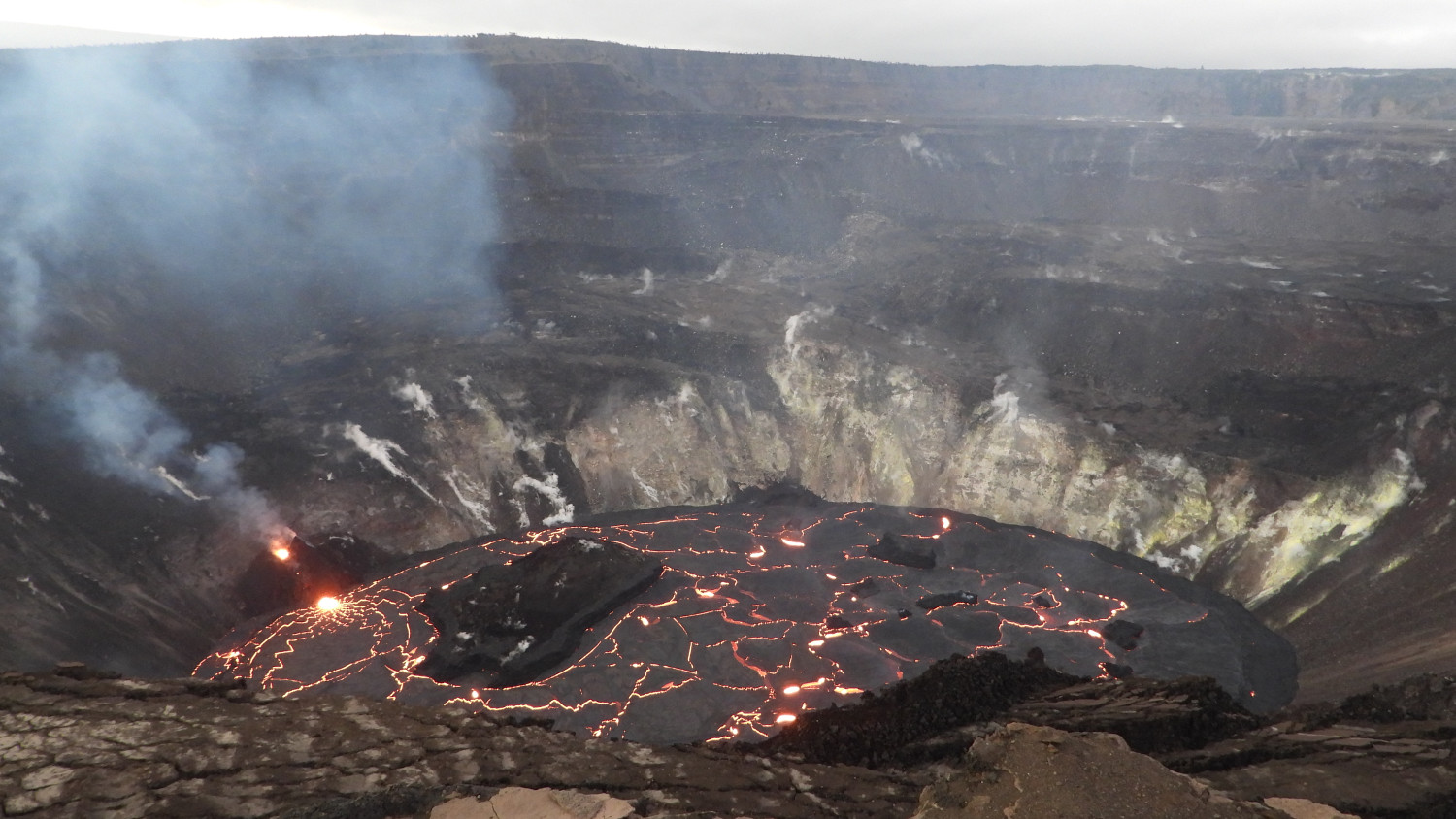 The ongoing eruption at Kīlauea Volcano’s summit, within Halema‘uma‘u crater, continues to erupt from the west vent (left). Yesterday evening, January 4, the lava lake was measured at approximately 191 m (626 ft) deep. No major changes have been observed over the past week. HVO scientists continue to monitor the eruption within an area of Hawai‘i Volcanoes National Park that remains closed to the public for safety reasons. View is looking to the north. USGS photo taken by M. Patrick on January 4 at 6:08 p.m. HST.

The eruption of Kilauea volcano on Hawaiʻi island has entered its second week. Scientists continue to monitor the activity within the rising lava lake at the summit.

The U.S. Geological Survey’s Hawaiian Volcano Observatory says the activity is confined to the summit caldera, with lava erupting from vents on the northwest side of the crater. HVO says there is no indication that additional magma is currently moving into the rift zones beyond the summit area.

While no major changes have been observed, scientists have been documenting the evolution of the active vent, which continues to feed lava flows into the lake below.

This thermal timelapse was recorded on December 29, and shows the dynamic of the west vent. The lava was moving through a crusted over channel, and was entering the lake just below the surface.

As the lava enters the lake, it produces localized upwelling at the surface. By January 2nd, there appeared to be an increase in eruptive vigor. This small, dome-like fountain was seen, breaking through the surface crust.

In this video, the dome fountain is estimated to be 16 feet high, and about 33 feet wide. These dome-fountains have been observed during previous eruptions. Scientists say they can occur when lava rapidly emerges from a constricted vent or fissure onto the surface. In this case, the surface of a lava lake.

On Tuesday morning, scientists observed a small breakout from the lower part of the west vent tube, captured in this telephoto aerial image.

The scientists also report that the lava lake itself is becoming perched. It has developed a subtle levee around its perimeter that allows the lake to be slightly perched above its base, like a mesa. The levees grow from repeated, small overflows. The crust forms a barrier that impounds the fluid lake. HVO says this geometry has been common for lava lakes at Kilauea in the past. 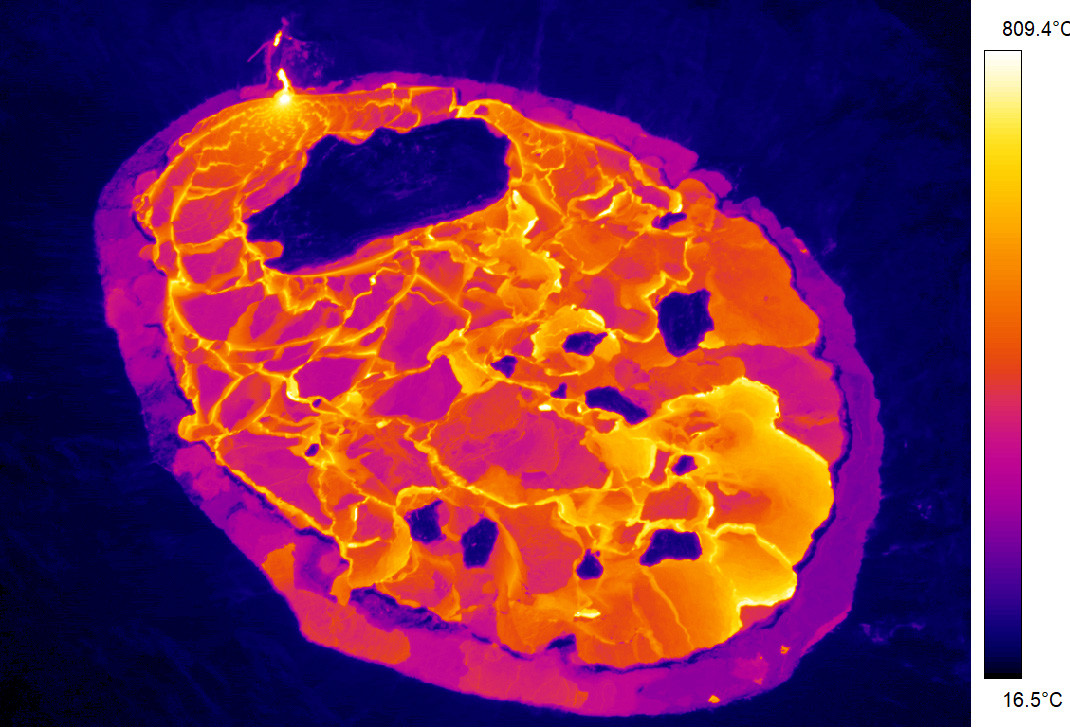 The perched lava lake geometry is more apparent in this thermal image, taken on Tuesday morning. It shows how the cooler perimeter of the lava-lake is widening. Islands of solidified lava can also be seen, floating on the lake surface. The largest of the islands, seen near the active west-vent, is about 7 acres in size.

This video, sped up 20 times, was recorded just before the new-year. It shows a process called foundering, in which a segment of cool crust on the surface of the lava lake is overridden by less-dense liquid from below. This causes the crust to sink into the underlying lava. This process of renewal occurs repeatedly throughout the life of a lava lake.

Sulfur dioxide emission rates are still elevated. Measurements taken on January 3rd were in the range of 3,000 to 6,000 tonnes/day. It has been in that range since December 27. This amount of SO2 was common during the previous summit eruption and lava lake, prior to the 2018 caldera collapse.

Vog is now a common sight around the island, most often in areas of West Hawaiʻi, where the volcanic smog is known to collect. This hazy view was taken in Kona on Monday morning.

HVO says it continues to collect detailed data to assess hazards and understand how the eruption is evolving at the summit. This information is being shared with the National Park Service and emergency managers. Officials say access to this hazardous area is by permission from, and in coordination with, Hawaii Volcanoes National Park.