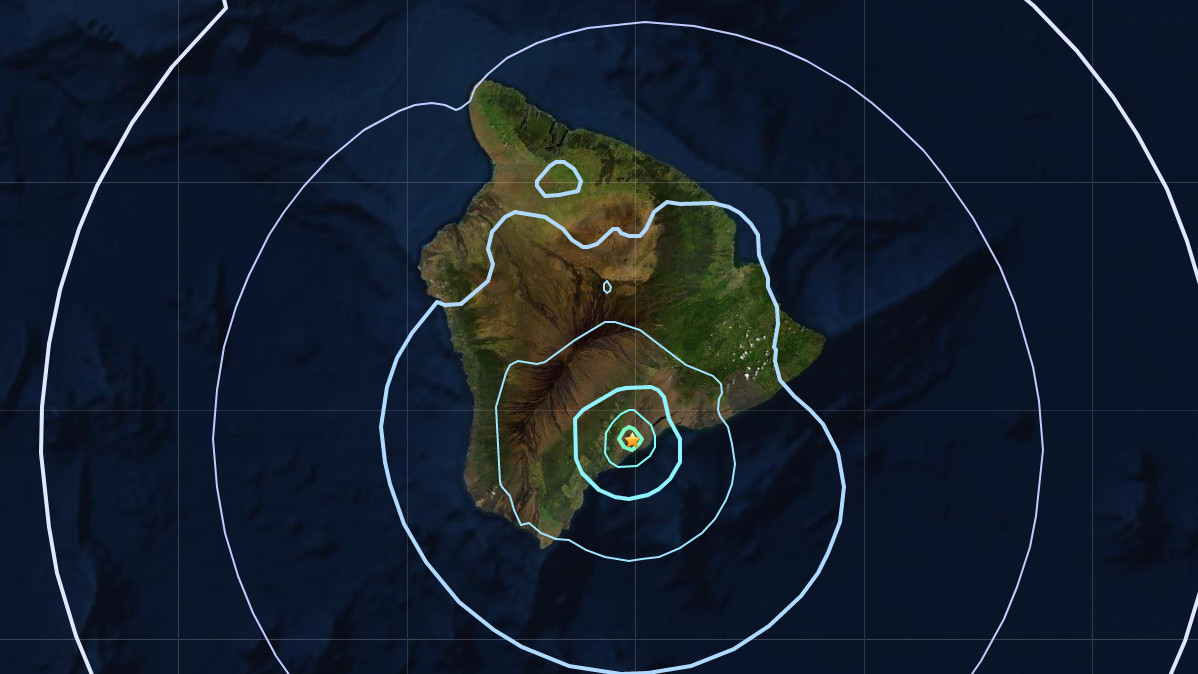 HAWAIʻI ISLAND - An earthquake deep below the Pahala-area of Hawaiʻi island was felt all around the Big Island on Thursday evening. 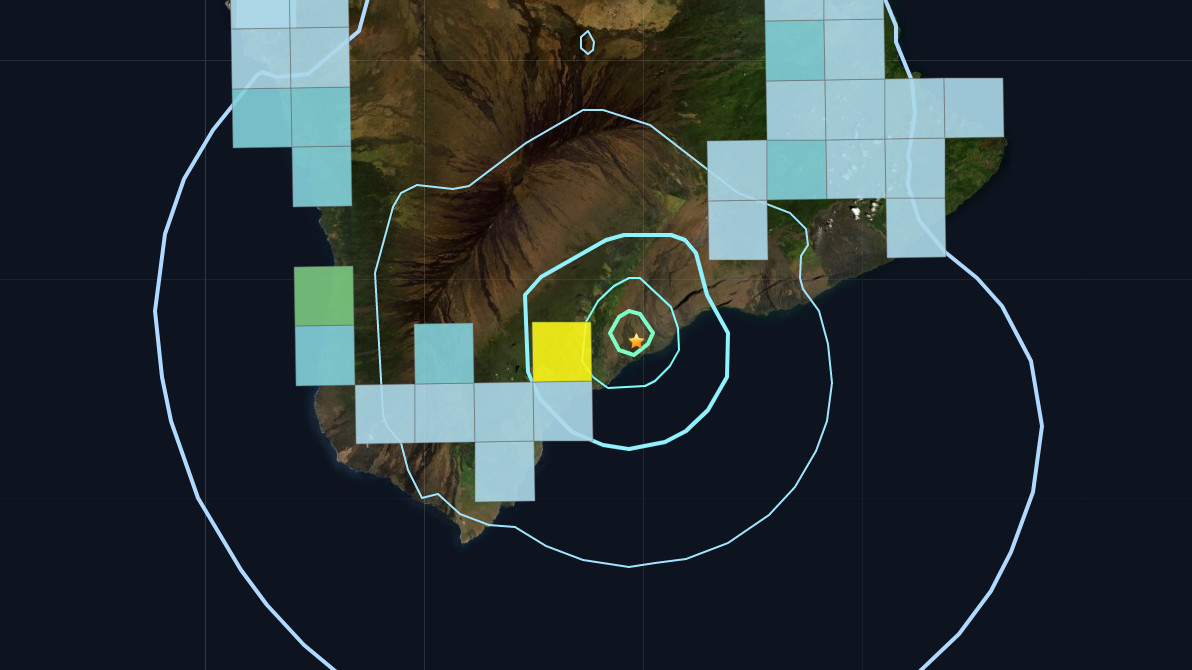 This story will be updated when more information becomes available.

(BIVN) – An earthquake was felt around Hawaiʻi island on Thursday evening.

The earthquake was located in the area of Pahala, about 21 miles down. These have been many of these deep Pahala earthquakes have in recent months.

Unlike most of deep Pahala earthquakes, this one was felt all over Hawaiʻi island, as far away as North Kohala, according to the Hawaiian Volcano Observatory website. It was reportedly felt at an intensity VI in the area of Pahala in the Kaʻū district, which the USGS says can be accompanied by “strong” shaking and with “light” damage possible.

The Pacific Tsunami Warning Center, which reported the quake as being located on the southwest rift zone of Kīlauea, said no tsunami was expected from the earthquake. However, some areas may have experienced shaking.

UPDATE – (7:44 p.m.) – According to HVO acting Scientist-in-Charge, David Phillips, “the earthquake had no observable impact on the ongoing eruption at Kīlauea’s summit” at the time of its 7:14 p.m. HST Information Statement. “This earthquake is part of the ongoing seismic swarm under the Pāhala area, which started in August 2019,” Phillips reported. “Unlike most events associated with this swarm, this earthquake was widely felt across the Island of Hawai‘i, and as far away as Oʻahu. Please be aware that aftershocks are possible and may be felt.”

The Alert Levels / Color Codes remain at WATCH/ORANGE for Kīlauea and at ADVISORY/YELLOW for Mauna Loa at this time, HVO said.

“Earthquakes beneath Kīlauea’s lower Southwest Rift Zone occur mostly at depths of 25-40 km (15-25 miles), beneath the town of Pāhala and extending about 10 km (6 miles) offshore,” HVO said. “Earthquakes in this region have been observed at least as far back as the 1960s and are posited to be related to deep magma pathways under the island.”