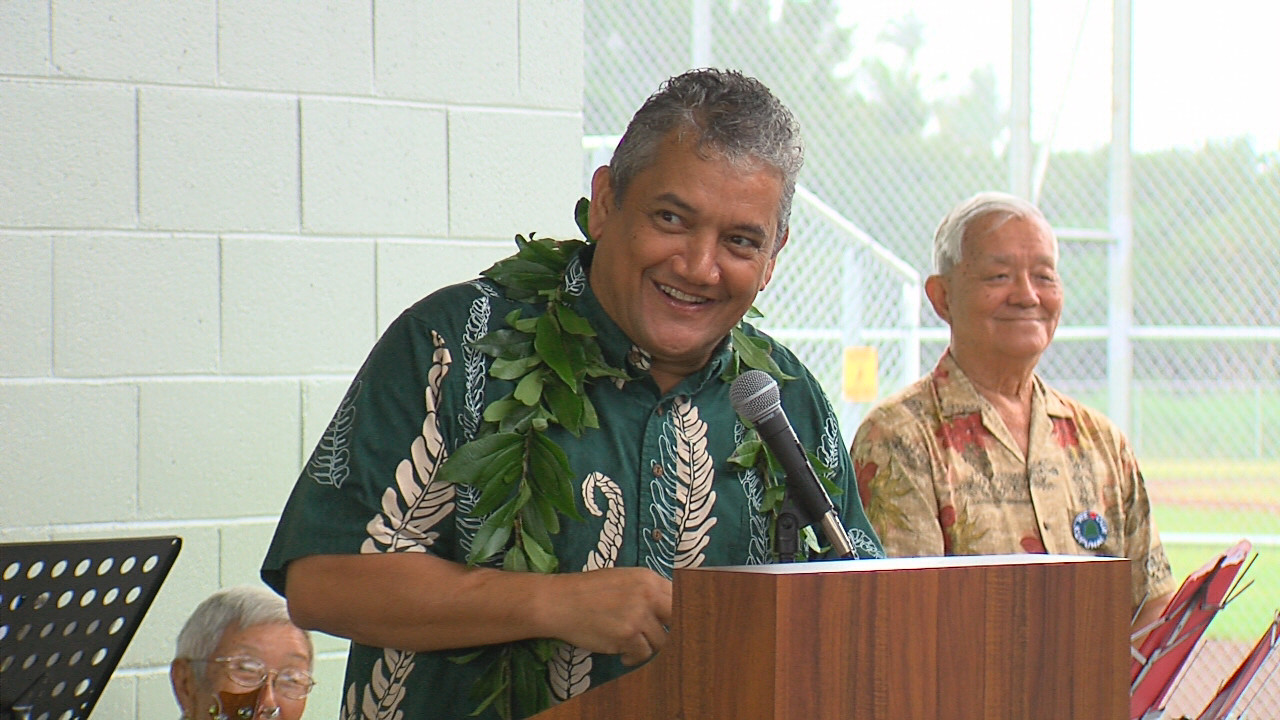 Kenoi battled a rare form of cancer since leaving office four years ago.

“Billy Kenoi was one of Hawai‘i’s most talented political leaders,” said U.S. Senator Brian Schatz. “His understanding of, and empathy for Hawai‘i and its people drove his meteoric rise and motivated his public service. His love for Hawai‘i Island, his intellect, and his heart will leave a mark in our collective consciousness and in Hawai‘i’s history. May his memory be a blessing.”

“It is with deep sadness that I grieve with the people of Hawaiʻi over the passing of my dear friend and mentor, Billy Kenoi,” said Congressman Kai Kahele. “Throughout his life, and especially as a leader of the people, Billy always had the attitude that anything is possible. In what would become a viral commencement address to Hawaiʻi Pacific University graduates, Billy said, ʻthere is no such thing as no can … always can!’ He knew how to make anyone feel special, through his inspiring words he was able to touch the hearts of others, and in doing so, often created positive change in the community where needed.”

“With Billy, he would be the last to accept recognition, yet the first to give it to someone else,” Rep. Kahele said. “Billy showed us, by example, the importance of investing in our communities. His imprint and contributions are seen throughout the County of Hawaiʻi and will be felt for generations.”

“Maria and I extend our deepest sympathies to Billy’s wife Takako, his daughter Mahina, and his sons Justin and Liam,” Kahele said. “Billy leaves an indelible mark on the hearts and minds of the people of Hawai‘i, especially those lives he generously touched on Hawaiʻi Island. He will be greatly missed.”

Governor David Ige said he will order flags to fly at half-staff in honor of Kenoi on the day of his memorial service. “Billy Kenoi was an energetic and inspirational leader who had a knack for bringing people together,” said Governor Ige. “His death is a huge loss for our community. Dawn and I express our deepest condolences to Billy’s family and loved ones.”

The present-day Hawaiʻi County Mayor Mitch Roth also issued a statement. “Billy Kenoi was the embodiment of a true Big Island boy and a pillar of our community,” Roth said. “His time as mayor and the accomplishments made under his direction were just a small glimpse of the man he was and the aloha he had for this community. Our thoughts and prayers are with his wife Takako and his three children today as we remember a man who brought with him tenacity, vigor, aloha, and a can-do attitude that is unparalleled to most. In his honor, I ask that when faced with any challenge, big or small, that we remember his famous words, ‘if can — can; if no can – still can!’.”

“I am deeply saddened by the passing of Mayor Billy Kenoi. He had an enduring love for the people of Hawaii, especially those on his home island,” Chief Justice Recktenwald said. “He was humble and down-to-earth, and spoke passionately about his journey to becoming a lawyer.”

“Mayor Kenoi was a strong supporter of the construction of our Keahuolu Courthouse in Kona, which opened in late 2019,” Recktenwald added. “He understood that the west side of the island deserved a real courthouse for its people. We will be forever grateful to him for his support. On behalf of the Hawaii State Judiciary, I extend my sincere condolences to his wife and family.”