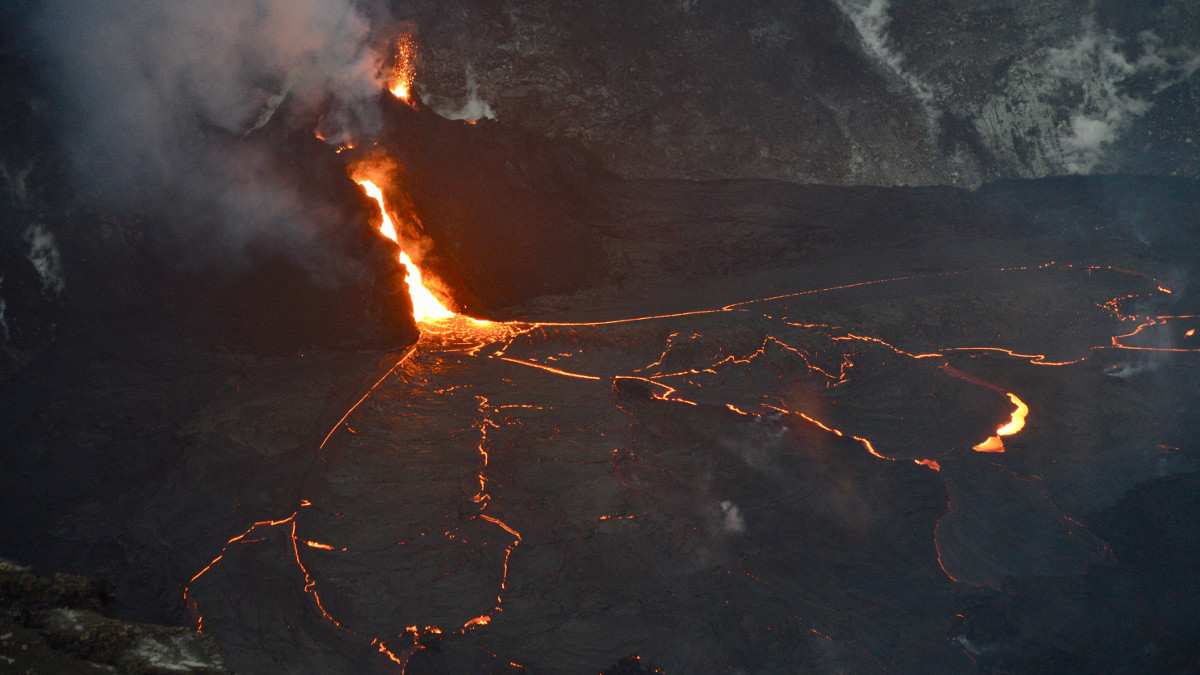 Activity at the west vent within Halemaʻumaʻu crater on January 22 included frequent spattering from multiple locations and an open lava channel which drops 20 meters (65 feet) from its source to the lava lake surface. USGS photo by B. Carr.

On December 20, 2020, an eruption began in Halema‘uma‘u at Kīlauea Volcano’s summit, ending a two-year eruptive pause. The water lake that appeared at the bottom of Halema‘uma‘u in late July 2019, which had grown to be over 50 meters (55 yards) deep and more than 10 acres in surface area, quickly vaporized and was replaced by a growing lava lake. The eruption began as three fissure vents in Halema‘uma‘u and has remained dynamic. In this talk, USGS HVO scientists who monitor the eruption with permission from Hawai‘i Volcanoes National Park will share their insights and observations. Were there eruption precursors? What does the new eruption mean for hazards at Kīlauea’s summit? How is the lava lake monitored and what is known about it? Join USGS Hawaiian Volcano Observatory scientists David Phillips, Matt Patrick, Tricia Nadeau, Ingrid Johanson, and Peter Dotray as they answer these questions and more.

The Volcano Awareness Month are typically offered throughout the month of January, but this year they were temporarily postponed due to the eruption in Halema‘uma‘u at Kīlauea’s summit.