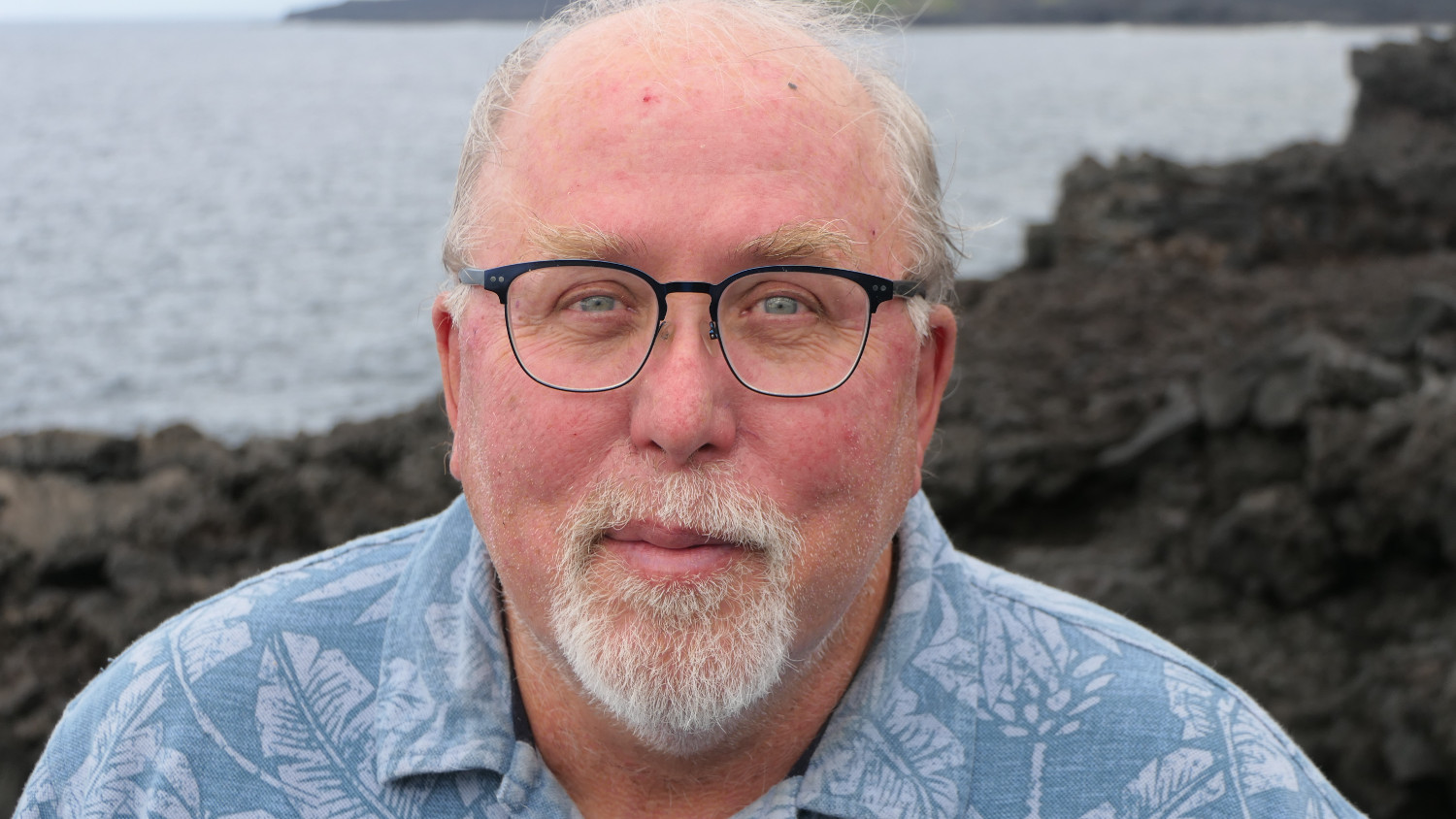 HAWAIʻI ISLAND - Dr. Ken Hon, most recently the Vice Chancellor of Academic Affairs at UH-Hilo, has been named the new Scientist-in-Charge at the USGS Hawaiian Volcano Observatory.

(BIVN) – The U.S. Geological Survey Hawaiian Volcano Observatory has named a new Scientist-in-Charge, and its a recognized name in Hawaiʻi island vulcanology.

From a USGS news release issued on Monday:

HILO, Hawaii — The U.S. Geological Survey has selected Dr. Ken Hon as the new Scientist-in-Charge at the USGS Hawaiian Volcano Observatory in Hilo, Hawaii. HVO was founded in 1912 by Dr. Thomas A. Jaggar, and Hon will serve as HVO’s 21rst director.

“We are pleased to have Ken formally re-join HVO to lead it through what will be an exciting few years, with new staff members and a new building on the horizon,” said Dr. Michelle Coombs, acting director of the Volcano Science Center.

Hon succeeds Tina Neal, who returned to the Alaska Volcano Observatory this past summer. HVO’s Deputy SIC Dr. David Phillips has filled in as Acting SIC in the interim period and said, “We are so excited to welcome Ken and the tremendous knowledge, experience and leadership he brings to the HVO ‘ohana as we fulfill and evolve our mission and critical role within the community.”

Hon recently retired from his position as a geology professor in the Geology Department at the University of Hawaiʻi at Hilo, a position he held from 1997–2020. During his final three years at UHH, he served as Vice Chancellor of Academic Affairs, where he oversaw academic and research operations at the university and led initiatives to create a new degree in Aeronautical Science and start preparations for a degree in Data Science.

“I am honored and thrilled to be rejoining the USGS and the Hawaiian Volcano Observatory,” said Hon. “The next few years will be pivotal for HVO as we work to understand how Kīlauea responds in the aftermath of the 2018 eruption and to build new observatory facilities to continue to serve the community in the future.”

Ken previously worked with the USGS from 1981 to 1996. After completing his Ph.D. at the University of Colorado Boulder, Hon was a volcanologist at HVO from 1987 to 1990. Hon’s research has focused on petrologic studies, geologic mapping of the internal structure of large ash-flow calderas in the United States and Russia and understanding the formation and emplacement of lava flows and lava tubes.

HVO monitors the active volcanoes in Hawaii, assesses their hazards, issues warnings and advances scientific understanding to reduce impacts of volcanic eruptions. HVO is one of five volcano observatories within the USGS Volcano Hazards Program, which supports the USGS Natural Hazards mission area. Volcano monitoring and research conducted at the five U.S. volcano observatories advances the understanding of active volcanism and its impacts and enables the USGS Volcano Hazards Program to provide information about and warnings of volcanic activity in the United States. The observatories and their partner organizations operate real-time volcano monitoring networks, disseminate forecasts and notifications of significant activity, assess volcano hazards, conduct scientific research into volcanic processes and work with communities to prepare for volcanic eruptions.