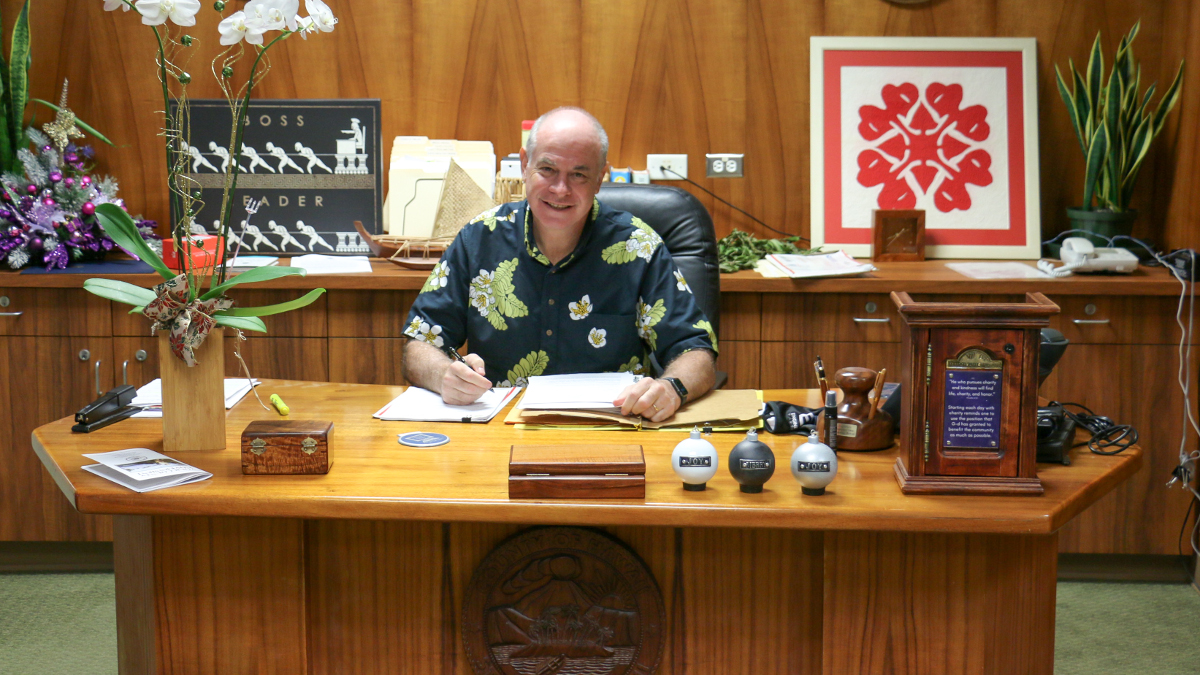 HILO, Hawaiʻi - The mayor's doctors gave him clearance on February 3rd to return to work on a limited, part-time basis as he continues his recovery.

(BIVN) – Hawaiʻi County Mayor Mitch Roth returned to work on Monday, after recovering from a heart attack he suffered on January 9th.

The County of Hawaiʻi issued a news release, explaining that Mayor Roth was given medical clearance on February 3rd to return to work on a limited, part-time basis as he continues his recovery.

Mayor Roth was released from the hospital on January 20th, and officials say he has been “working from home on a minimal basis and will begin to resume his full workload over the coming weeks.”

“I’m excited and, more importantly, ready to be back,” said Mayor Roth. “I feel much better and look forward to hitting the ground running. Our staff in the Mayor’s office has done a fantastic job ensuring that none of our projects or initiatives missed a beat in my absence, and I couldn’t feel more supported throughout my recovery. The aloha and prayers from the community were truly felt, and I couldn’t be more proud to be a part of this community, island, and county.”

The County says it is “unclear when Mayor Roth will return full time to the office” but added that “he will be alternating between his home and the office in the meantime.”