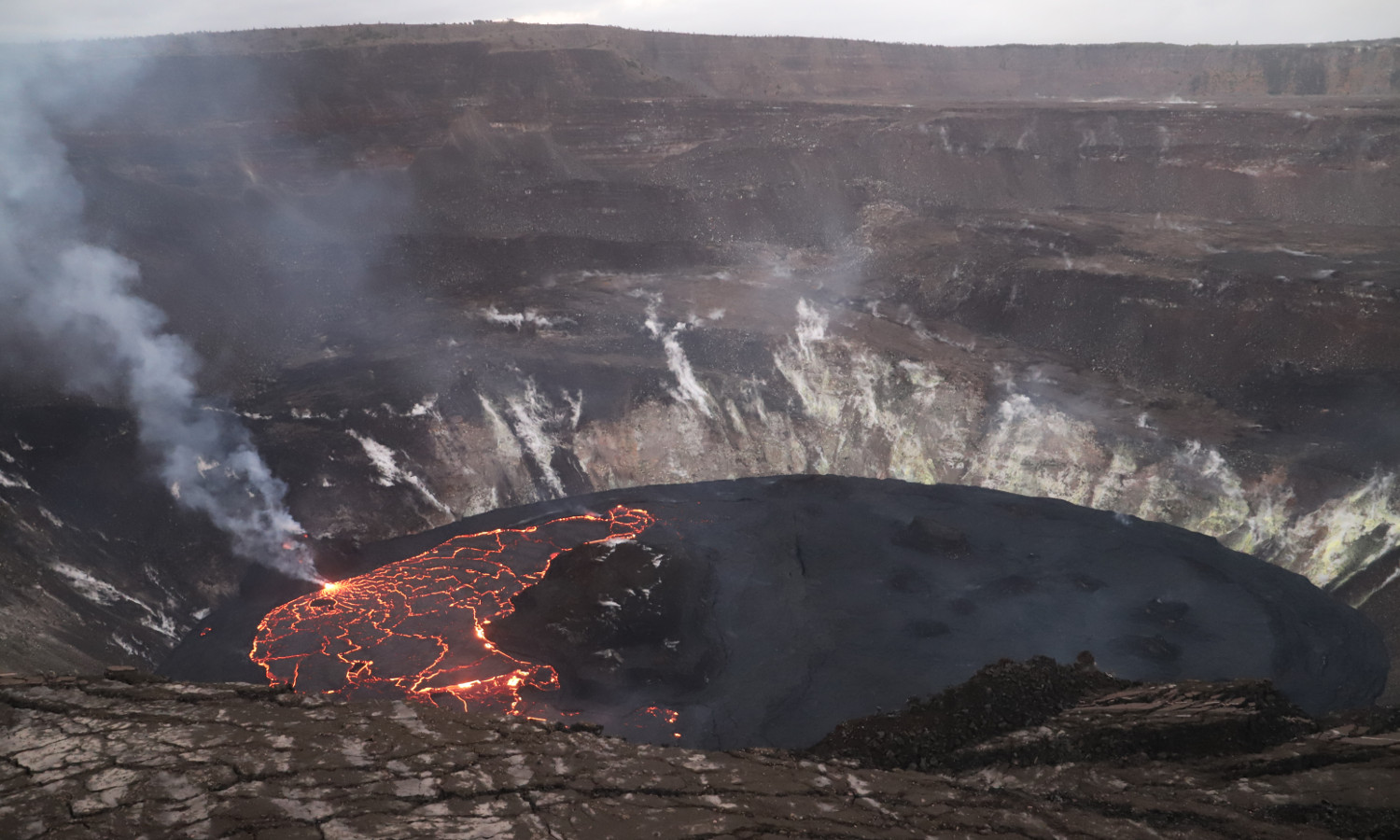 HAWAIʻI VOLCANOES NATIONAL PARK - The eruption of Kīlauea volcano continues at the summit within Halemaʻumaʻu. 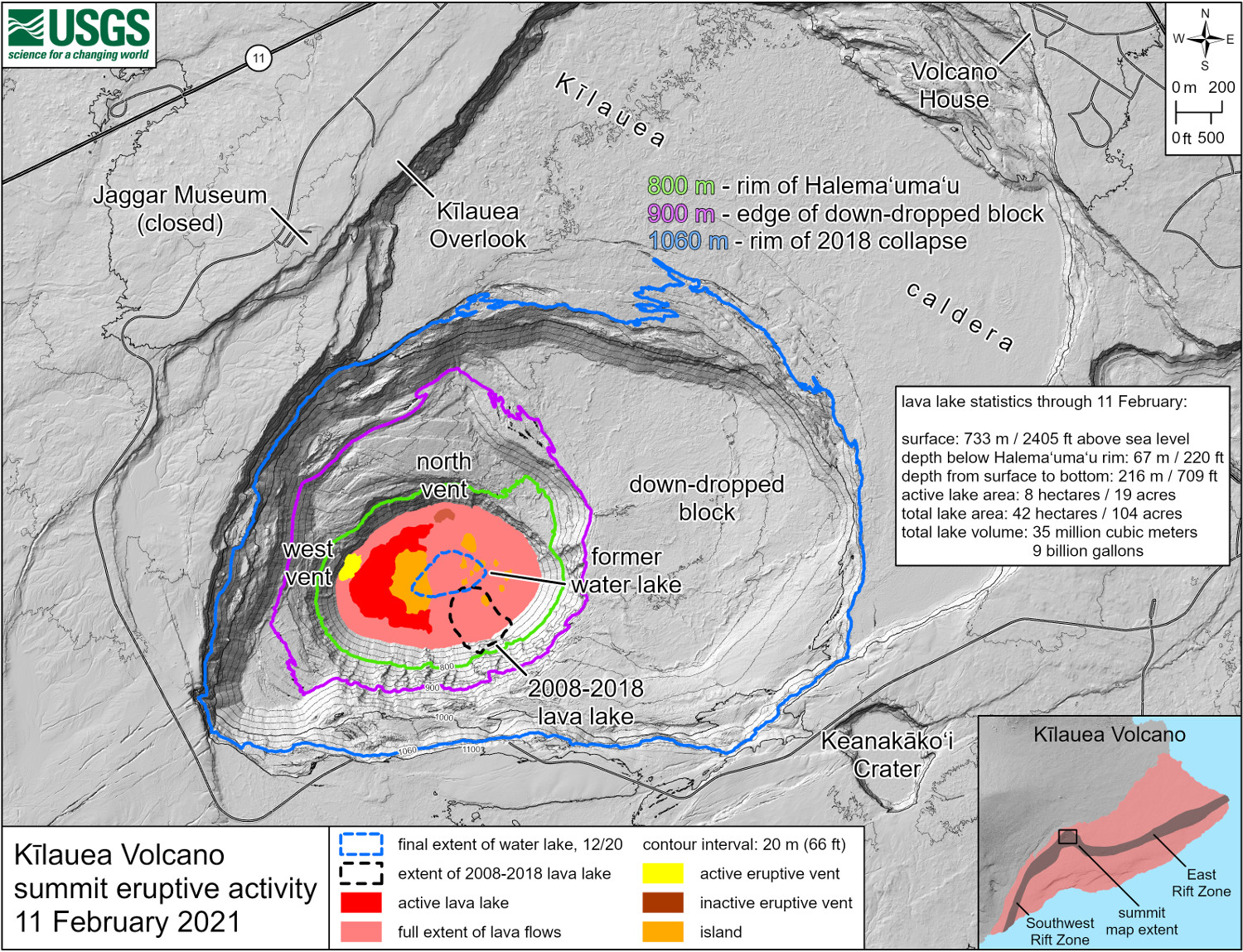 USGS HVO: This map of Halema‘uma‘u at the summit of Kīlauea shows 20 m (66 ft) contour lines (dark gray) that mark locations of equal elevation above sea level (asl). The map shows that the lava lake has filled 216 m (709 ft) of the crater, to an elevation of 733 m (2405 ft) asl since the eruption began at approximately 9:30 p.m. HST on December 20, 2020. Contour lines highlighted in green, purple, and blue mark the rim of Halema‘uma‘u, the edge of the eastern down-dropped block, and the rim of the 2018 collapse, respectively. Lava is expected to be within view of the Kīlauea Overlook visitor area shortly before it rises to the level of the green contour line at 800 m (2625 ft) asl. USGS map.

(BIVN) – The eruption of Kīlauea volcano continues, with the volcanic alert level currently at WATCH / ORANGE. All activity remains confined to the summit caldera.

Sulfur dioxide emission rates remain elevated, and were last measured at about 1,200 t/d, which is lower than the emission rates from the pre-2018 lava lake (around 5,000 t/d).

The summit tiltmeters show inflationary tilt has mostly leveled off, but has not switched to deflation as of this morning’s data.

Activity Summary: Kīlauea Volcano is erupting. Lava activity is confined to Halemaʻumaʻu with lava erupting from a vent on the northwest side of the crater. As of the morning of February 13, the lava in the western, active portion of the lake in Halema‘uma‘u was about 216.5 m (710 ft) deep, with the eastern portion of the lava lake solidified at the surface. SO2 emission rates remain elevated.

Summit Observations: The most recent sulfur dioxide emission rate measurements from February 12 are about 1,100 t/d—lower than the emission rates from the pre-2018 lava lake (around 5,000 t/d). The summit tiltmeters show inflationary tilt continuing today. Seismicity remains elevated but stable, with elevated tremor and a few minor earthquakes.

East Rift Zone Observations: Geodetic monitors indicate that the upper portion of the East Rift Zone (between the summit and Puʻu ʻŌʻō) contracted while the summit deflated at the onset of this eruption. There is no seismic or deformation data to indicate that additional magma is currently moving into either of Kīlauea’s rift zones. SO2 and H2S emissions from Puʻu ʻŌʻō were below instrumental detection levels when measured on January 7.

The active western half of the lava lake was approximately 216.5 m (710 ft) deep today on February 13, 2021. The 0.5-meter rise since yesterday is consistent with ongoing inflation.