HAWAIʻI ISLAND - Over a thousand government video files, recorded by Unoccupied Aircraft Systems during the 2018 eruption of Kilauea volcano on the lower East Rift Zone, have been released to the public. 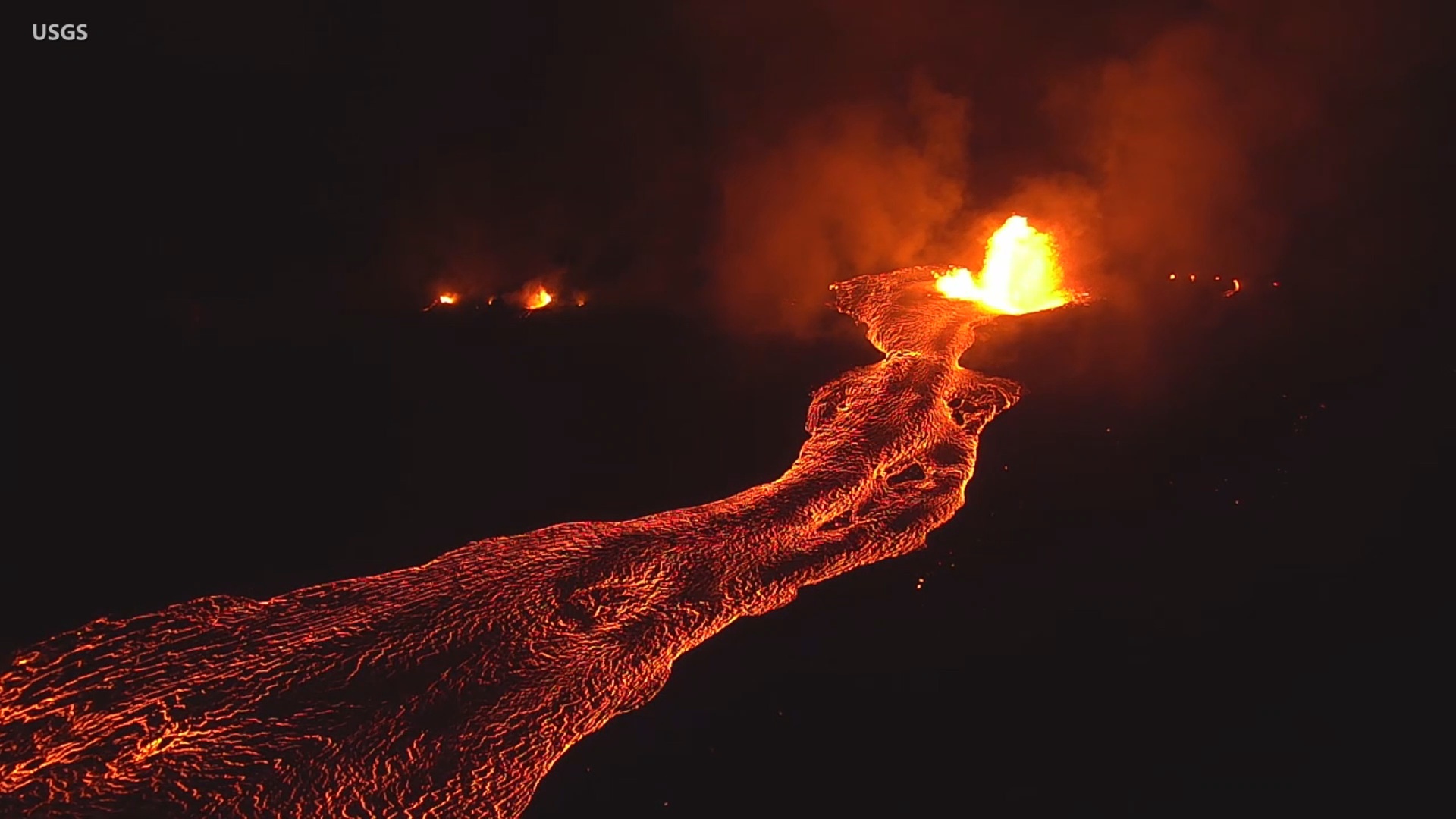 from May 2018 UAS video courtesy USGS

Over a thousand government video files, recorded by Unoccupied Aircraft Systems between May and September 2018 during the four-month eruption of Kilauea volcano on the lower East Rift Zone, have been released by the U.S. Geological Survey. Most of it has never before been seen by the public.

This is our first video in a series exploring this newly available footage. The federal Data Release contains videos that were used by emergency officials for monitoring the lava flows that destroyed 723 structures, inundated 13.7 square miles of land, and created 875 acres of new land along the Puna shoreline.

The new lava lake at the summit Kilauea is the volcano’s first eruption since the dramatic events of 20 18.

The video files were released without audio. In some cases, we have adjusted the brightness or contrast for better viewing, as some of the footage was recorded in low light conditions.

The video archive begins on May 27th, nearly a month into the eruption that began in the Leilani Estates subdivision. On this day, the 24th fissure had just opened, erupting dangerous gas and lava.

As the forested neighborhoods were engulfed by the burning flow, the nearby Puna Geothermal Venture power plant was being surrounded. Emergency officials scrambled to prevent a catastrophe.

This emergency message was delivered to residents of Leilani that evening.

The next morning, Hawaii County Civil Defense officials gave a media briefing. Most of these UAS videos from that same day have not been seen by the general public until now.

May 29 was another difficult day for Puna, as lava finally crossed over Highway 132. The Hawaiian Volcano Observatory provided the latest info during a community meeting in Pahoa.

Mayor Harry Kim also spoke to the public that night.

By May 30, fissure 8 – with fountains of lava 200 feet high – fed flows moving north out of Leilani Estates, then northeast along Highway 132. Geologists used the UAS to track the lava flows. The aircraft also hovered over the lava channel, to measure flow velocities.

In our next video: June 2018, and the traumatic loss of the seaside village of Kapoho.

The USGS data release can be found here.