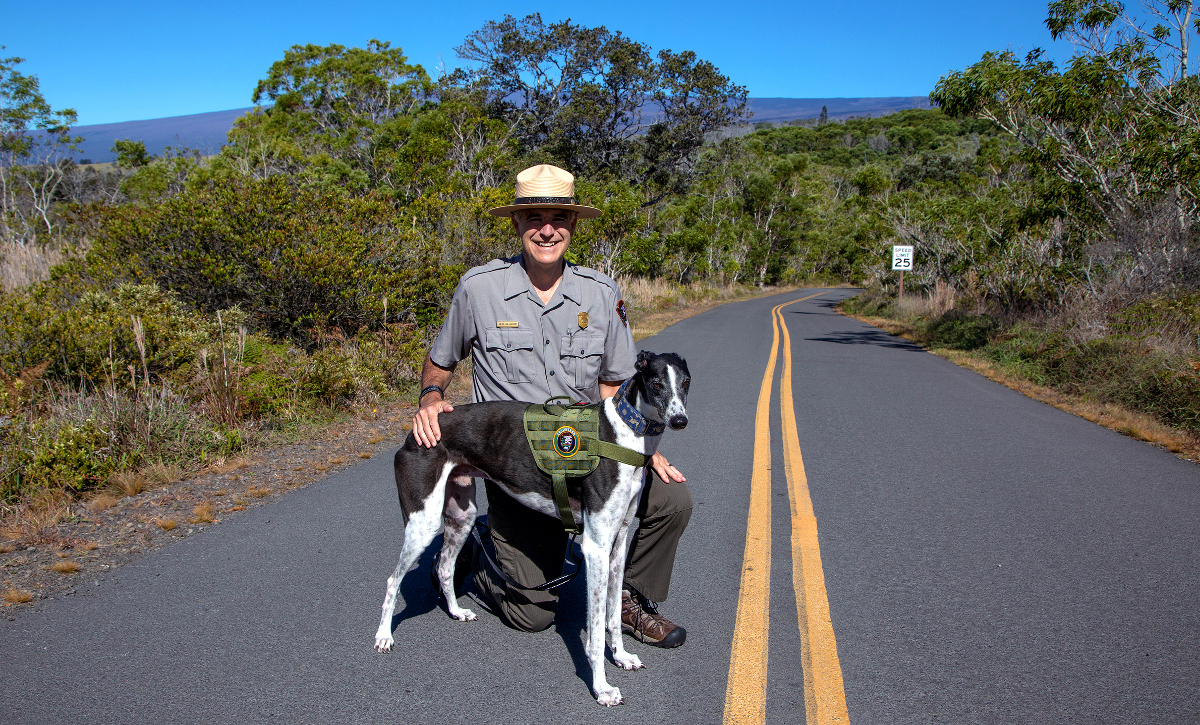 HAWAIʻI VOLCANOES NATIONAL PARK - The new, self-guided "Bark Ranger" program will help dogs and their humans to have a "pawsitive" experience in the park, the park service says. 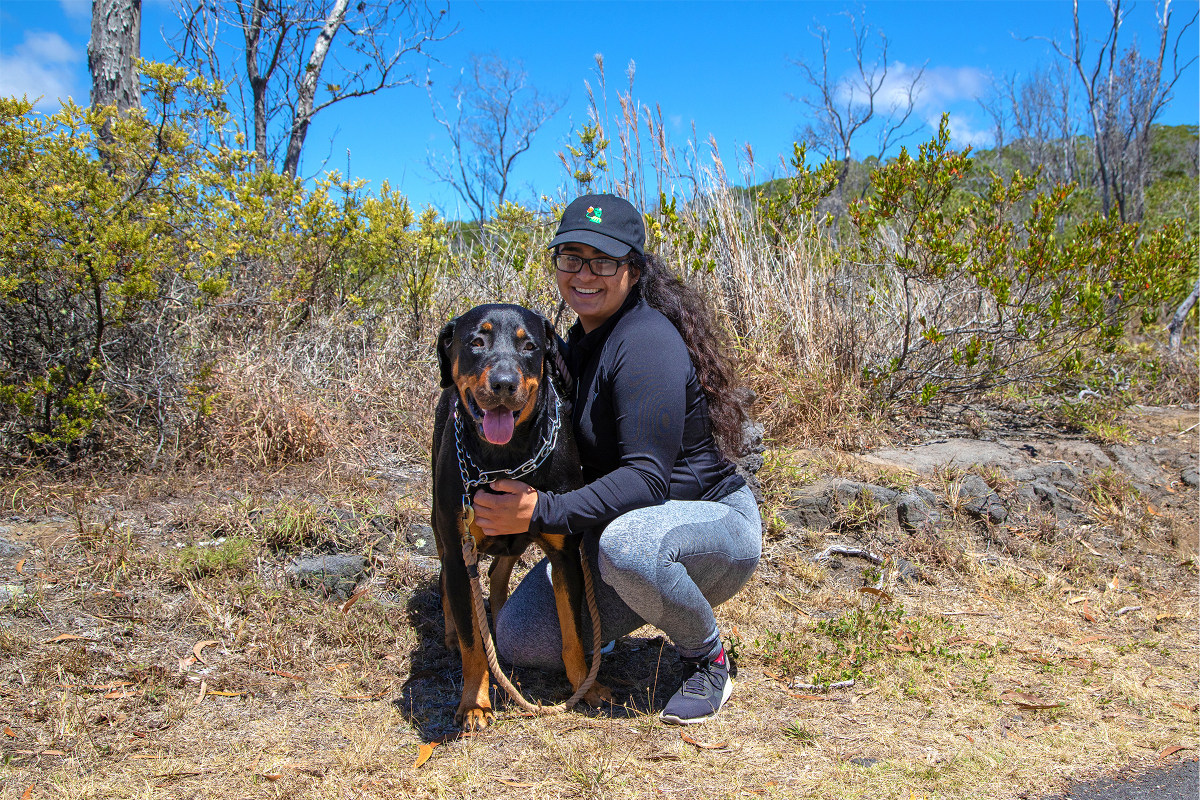 (BIVN) – Hawaiʻi Volcanoes National Park is promoting its new, self-guided “Bark Ranger” program, so that visitors to the park may bring their pets along with them, responsibly.

The National Park Service says the BARK! in the Bark Ranger program stands for: 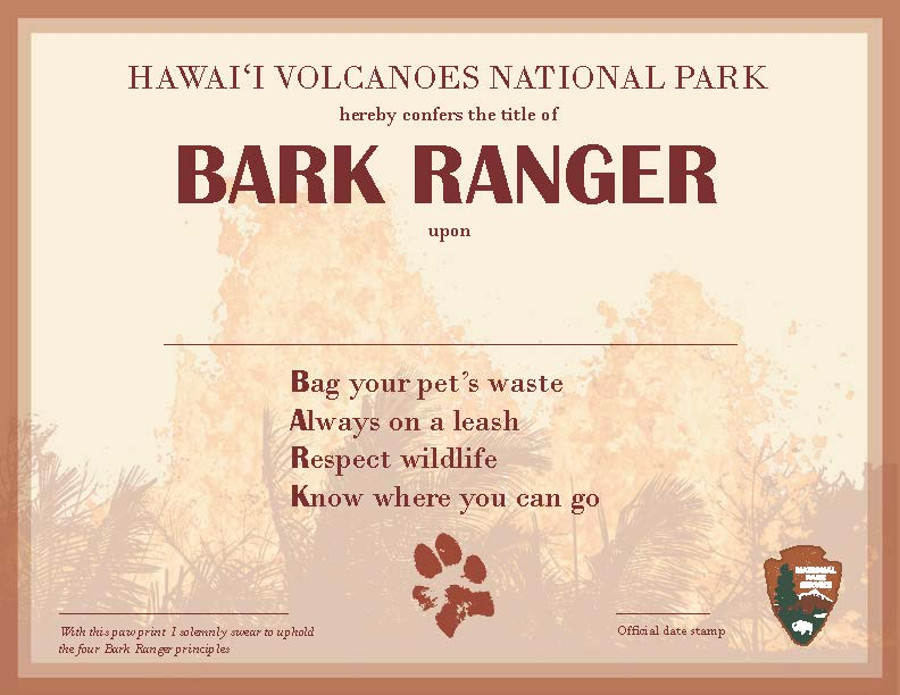 Dogs and other pets are not allowed in many areas of the park for safety reasons, and for the protection of threatened and endangered native species, officials say. This list is provided on the HVNP website:

Locations you may visit with your pet at the park

Pets are prohibited in all of the undeveloped areas of the park. This includes all designated wilderness and all frontcountry and backcountry trails.

At the Kahuku Unit 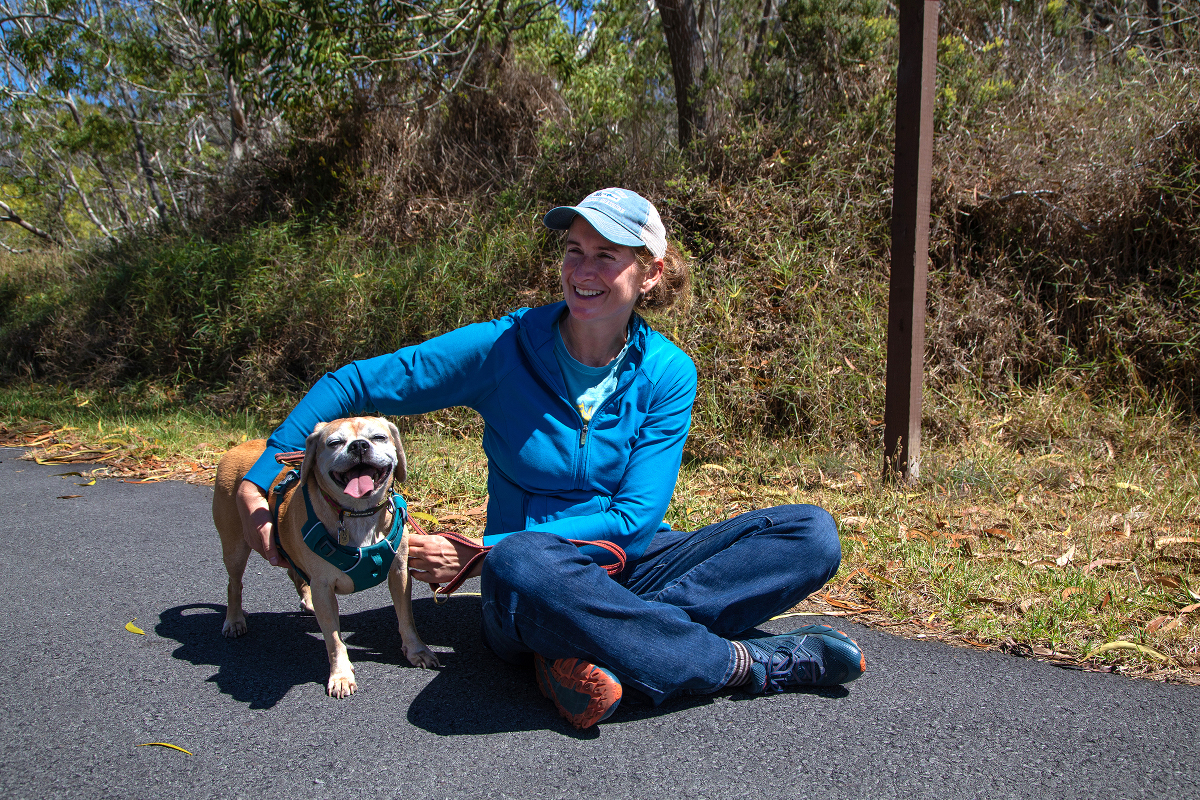 The National Park Service says you can check the Superintendent’s Compendium for exemptions regarding authorized service animals. All pets and service animals in the park must be leashed at all times.