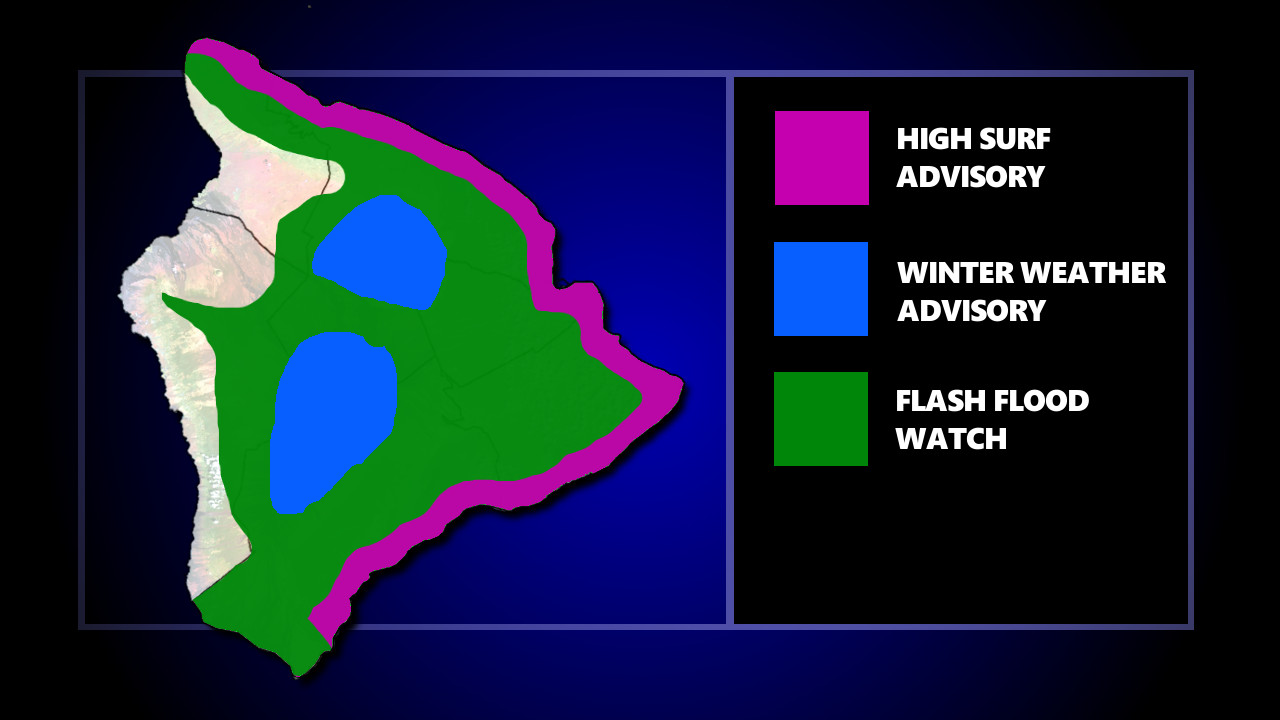 HAWAIʻI ISLAND - A persistent trough aloft will bring the potential for a prolonged period of rainfall to windward portions of the Big Island, forecasters say.

A persistent trough aloft will bring the potential for a prolonged period of rainfall to windward portions of Maui and the Big Island. Increasing ground saturation from repeated heavy rain bands will produce an increasing threat for flash flooding through the weekend.

Flood prone roads and other low lying areas may be closed due to elevated runoff and overflowing streams. Landslides may also occur in areas with steep terrain.

The system has triggered a Winter Weather Advisory for Maunakea and Mauna Loa above 11,000 feet. “A trough aloft will linger near the islands for the next couple of days, bringing sub-freezing temperatures to the Big Island Summits,” the National Weather Service reported. “Additionally, the trough will destabilize the island atmosphere, and moisture moving in with the trade winds will occasionally extend above the Summits. This will lead to periods of freezing rain or drizzle, as well as snow showers through Monday morning.” The advisory is in effect until noon on Monday.

Meanwhile, strong trade winds will produce high surf along eastern facing shores through the weekend. A High Surf Advisory is in effect, with surf heights of 8 to 12 feet along east facing shores.