A synthesized voice was utilized for this story. The road closure radio alert was produced by the Hawaii County Civil Defense.

HILO, Hawaiʻi - As of 6:30 p.m. on March 8, the Hawaiʻi Police Department reported Kamehameha Avenue in Hilo, between Pauahi and Ponohawai Streets, was closed due to flooding. 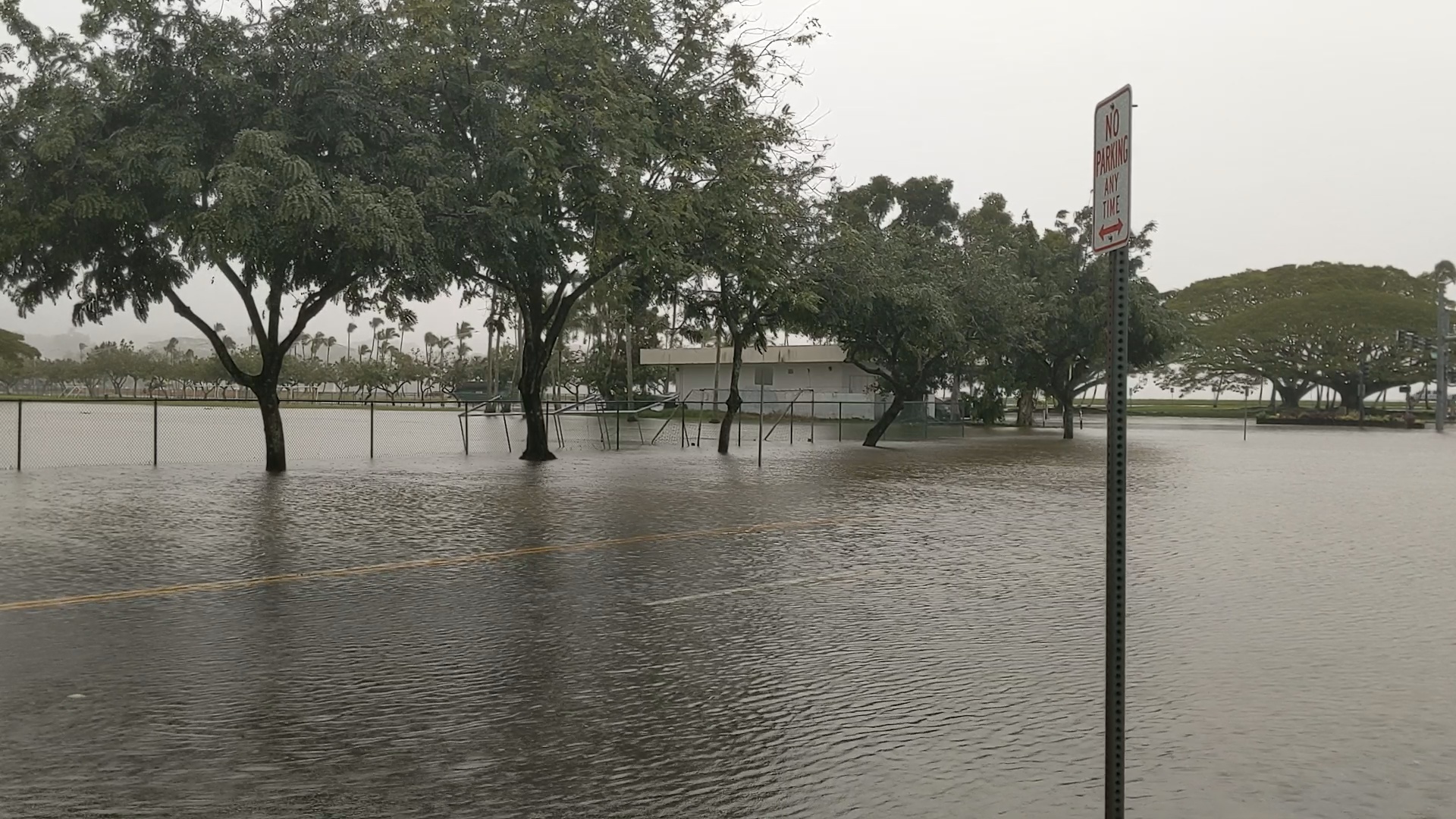 As of the evening, with a Flood Advisory in effect, the usual roads and sidewalks next to the Bayfront Soccer fields were underwater. A familiar scene, whenever heavy rains drench East Hawaii. The Hawaiʻi Police Department reported Kamehameha Ave was closed between Pauahi and Ponohawai Streets due to flooding.

Radar showed the heaviest showers falling at rates of 1 to 3 inches per hour over the Hilo districts. The National Weather Service said additional heavy rainfall is expected through the afternoon and into the night.

Things are worse on Maui, where a Flash Flood Warning has been in place for hours. Evacuations of approximately 30 parcels have been reported, below a failing dam in Haiku. State officials say heavy rain caused water to overtop the dam this afternoon.

Deep moisture will remain over the state through least Tuesday, forecasters say, bringing the potential for persistent heavy rain that could continue leading to flash flooding.

The National Weather Service says significant flooding may occur due to the overflow of streams and drainages, and roads in several areas may be closed, along with property damage in urban or low lying spots due to runoff. Landslides may also occur in areas with steep terrain.

A Winter Weather Advisory is also in place for island summits above 11,000 feet, where snow accumulations of up to 3 inches are possible.