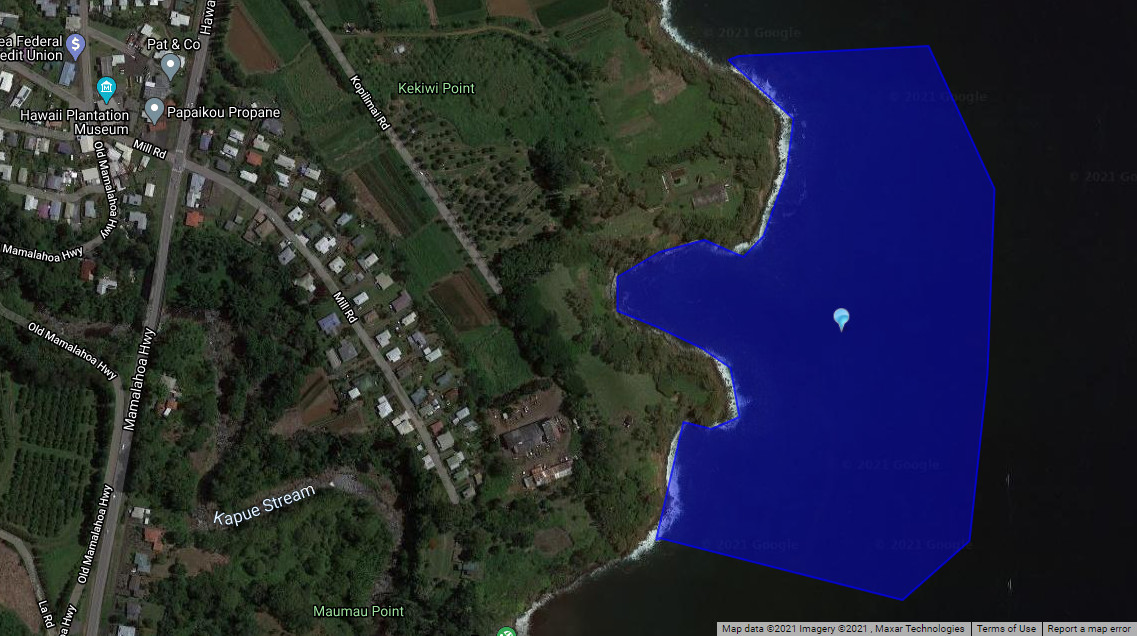 PAPAIKOU, Hawaiʻi - The public is advised to remain out of waters fronting the Papaikou Wastewater Treatment Plant due to a wastewater discharge.

(BIVN) – As heavy rain continues to fall over East Hawaiʻi, state health officials are reporting a wastewater discharge into the ocean along the shore of Papaikou.

The Hawaiʻi Department of Health’s Clean Water Branch issued an alert on Tuesday, reporting that heavy rain triggered the release of 400,000 gallons of wastewater from the Papaikou Wastewater Treatment Plant.

The discharge has stopped, but the public is advised to remain out of these waters until warning signs have been removed.

A Flash Flood Watch remains in effect for the entire island of Hawaiʻi until Wednesday afternoon, as moist air moving under a trough aloft continues to produce widespread, heavy rain. For much of the day, a Flood Advisory has been in effect for East Hawaiʻi.

The hydraulic loading caused by Infiltration/Inflow (I/I) because of the Flash Flood Advisory situation created an overflow of the diversion box between the aeration process and the secondary clarifiers. The influent flow that was recorded at 8:30 a.m. recorded 1.3 mgd while the effluent flow was 0.9 mgd. The higher influent flow (as compared to the effluent) caused the diversion box to overflow and spill partially treated wastewater onto the ground where it flowed off the property into a drainage swale. The drainage swale then flows into the near-shore coastline at an area identified as Waipahi Point.