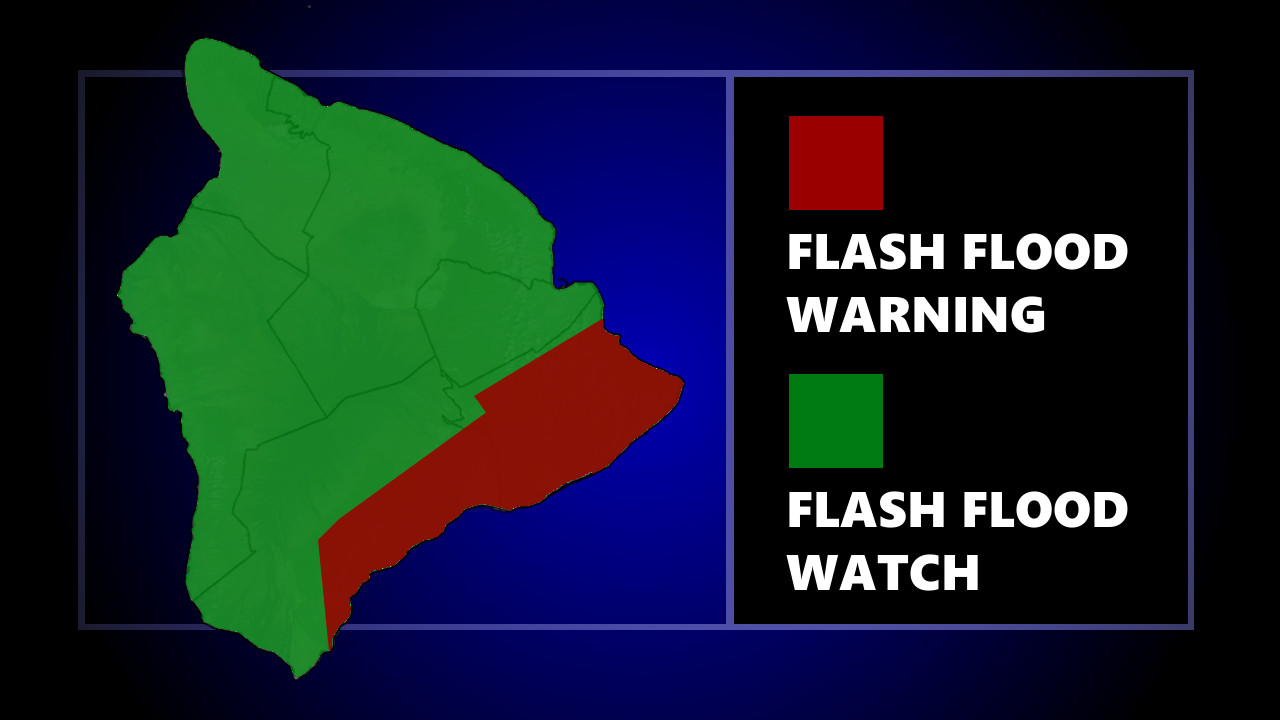 HAWAIʻI ISLAND - Rain is falling at rates up to 3 inches per hour in the heaviest showers, and ponding is already occuring along Route 130 between Pahoa and Keaau in the Puna District.

(BIVN) – The National Weather Service in Honolulu has issued a Flash Flood Warning for Puna and part of the Kaʻū districts on Hawaiʻi island on Wednesday, in effect until 9:30 a.m.

“At 6:36 a.m. HST, radar indicated heavy rain over and moving onshore in the Puna and Kaʻu districts from the south,” the forecasters stated. “Rain is falling at rates up to 3 inches per hour in the heaviest showers. Ponding is already occurring along Route 130 between Pahoa and Keaau in the Puna District.”

Hawaii Police Department reports no road closures at this time, but be aware that roads may close without notice, a Civil Defense message stated.

A Flash Flood Watch remains in place for the entire island of Hawaiʻi. Forecasters say a low pressure system west of Kauai will keep the island atmosphere moist and unstable, maintaining the potential for locally heavy rainfall.