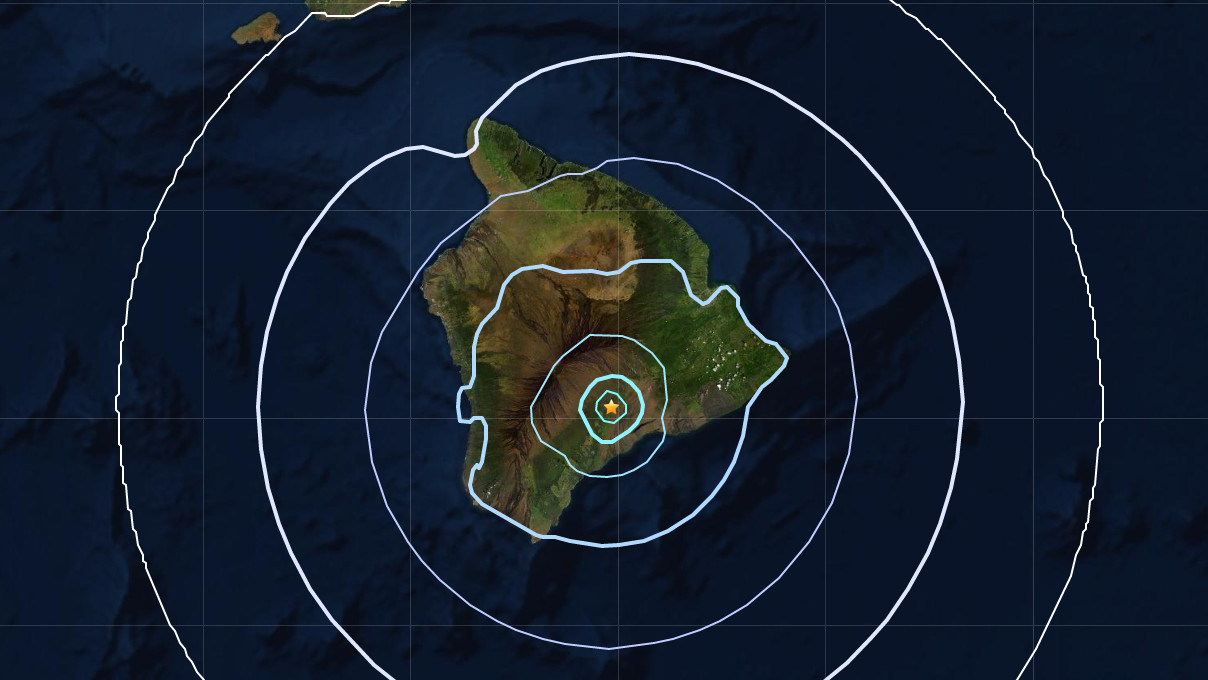 HAWAIʻI ISLAND - The Pacific Tsunami Warning Center reports the earthquake which occurred at approximately 2:22 p.m. was not large enough to cause a tsunami for the island of Hawaiʻi. 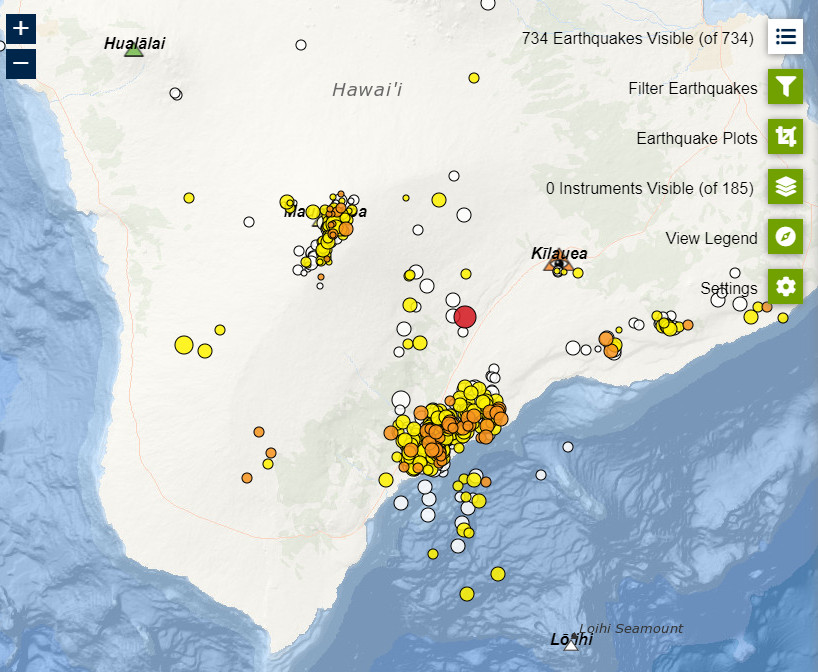 Image from interactive map courtesy USGS HVO. The location of the M 4.2 earthquake is seen as the large, red dot.

(BIVN) – A Magnitude 4.2 earthquake shook Hawaiʻi island on Wednesday afternoon, but was not strong enough to cause a tsunami, officials say.

The earthquake occurred at 2:22 p.m. HST, and was located in the vicinity of Kilauea’s Kaoiki Fault, officials say. It was north of and more shallow (16.3 miles) than the deep Pahala earthquake swarm that has been ongoing for months.

The Pacific Tsunami Warning Center reports the earthquake which occurred at approximately 2:22 pm in the vicinity of Kilauea’s Kaoiki Fault was not large enough to cause a tsunami for the Island of Hawaii. I say again, there is NO TSUNAMI THREAT to the Island of Hawaii.

Preliminary data indicates that the earthquake measuring a magnitude of 4.0 was centered in the vicinity of Kilauea Volcano.

You will be informed of any changes that may affect your safety.

The earthquake was felt by over two hundred people around Hawaiʻi island, who reported what they felt to the USGS within a half hour of the event. The quake appears to have been felt strongest in the Pahala area.

The earthquake epicenter was 17 km (11 miles) NNE of Pāhala in the vicinity of the Kaʻōiki Pali with a depth of approximately 26 km (16 miles) below sea level. A map showing its location is posted on the HVO website. More details are available at the National Earthquake Information Center website.

Moderate shaking, with maximum Intensity of V on the Modified Mercalli Intensity Scale, has been reported across the Island of Hawai‘i. At that intensity, damage to buildings or structures is not expected. The USGS “Did you feel it?” service received over 300 felt reports within the first hour of the earthquake, including reports from Maui, Oʻahu and Kauaʻi.

According to HVO Scientist-in-Charge Ken Hon, the earthquake had no apparent effect on Kīlauea or Mauna Loa volcanoes. “We do not currently observe any changes in activity at Kīlauea or Mauna Loa as a result of this earthquake. Please be aware that aftershocks are possible and may be felt. HVO continues to monitor Kīlauea and other Hawaiian volcanoes for any changes.”

Today’s earthquake does not represent a significant departure from the seismic activity observed over the past year, so the Volcano Alert Level for Mauna Loa will remain at ADVISORY. Other Mauna Loa monitoring data streams show no significant change in deformation rates or patterns that would indicate increased volcanic hazard at this time.