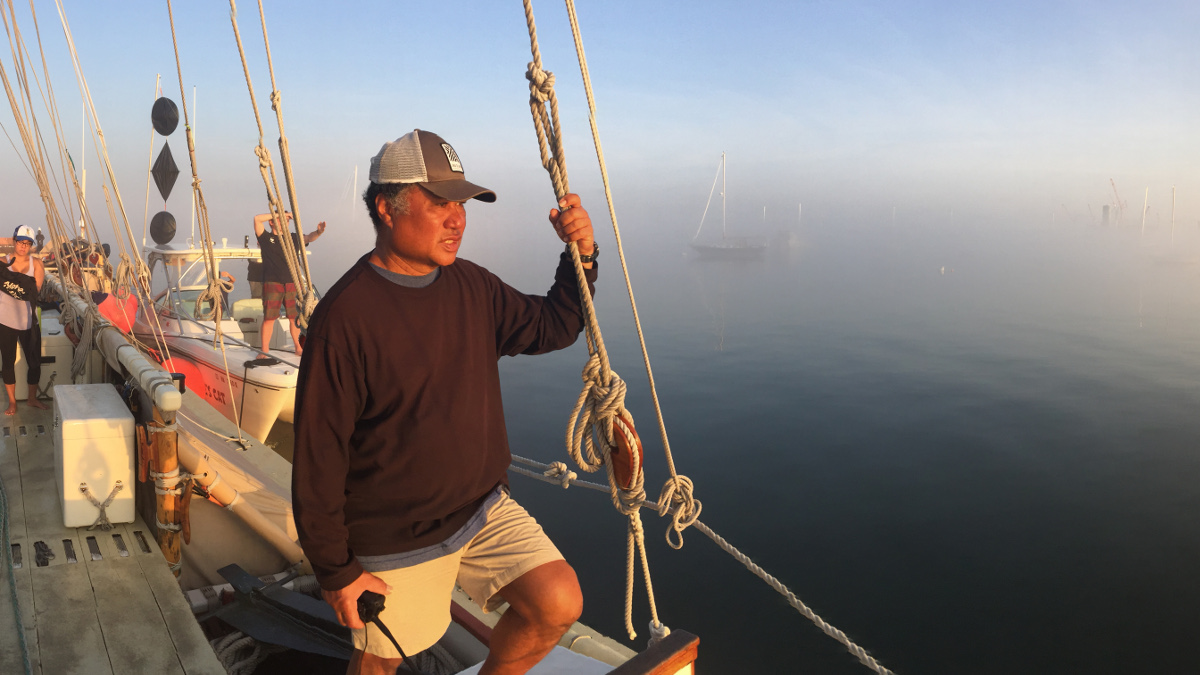 HILO, Hawaiʻi - A captain of Hōkūleʻa and the Navigator-in-Residence at the ʻImiloa passed away suddenly in Seattle. 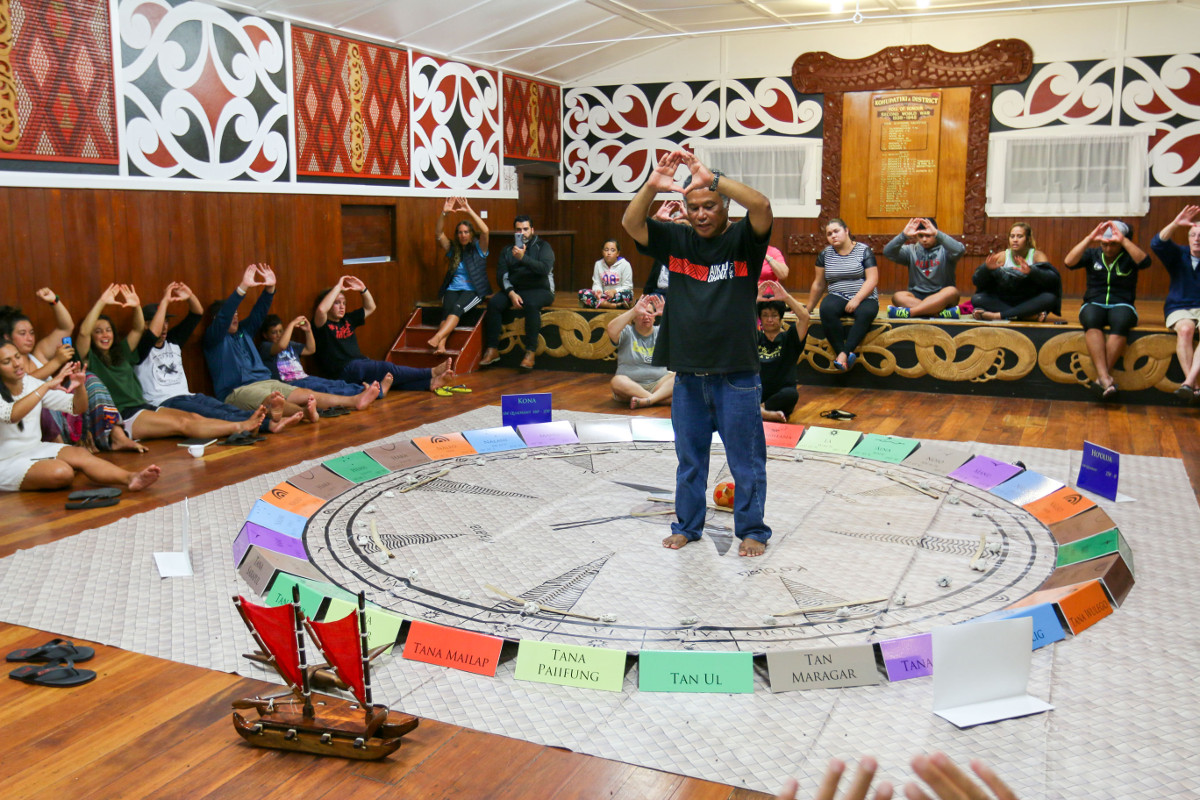 (BIVN) – Pwo Navigator Chad Kālepa Baybayan has died at the age of 65. Friends and family say he passed away suddenly but from natural causes while visiting and caring for ʻohana in Seattle, Washington.

“It is a huge loss for all of us, not for only his ʻohana here at ʻImiloa, but for the many who were fortunate to know Kālepa as a crewmember, captain and navigator aboard Hōkūleʻa throughout the Pacific and beyond,” noted Kimura.

According to an ʻImiloa news release:

Born and raised in Lahaina, Maui, the 1974 Lahainaluna graduate went on to complete his Bachelor’s in Hawaiian Studies from the University of Hawaiʻi and eventually earned his Master’s in Education as well. The canoe however was Kālepa’s main classroom. From that day in 1975 when Hōkūleʻa docked in Lahaina, Kālepa’s life was changed forever when that fire to ʻimi loa or to continually seek the knowledge of wayfinding was lit and burned brightly ever since. He was mentored by the celebrated master navigator Mau Piailug, credited for reviving the art of non-instrument navigation in Hawaiʻi, who eventually bestowed on Kālepa the esteemed title of Pwo Navigator. Kālepa sailed numerous voyages, traversing thousands of miles, many as one of the lead captains and navigators of the Worldwide Voyage from 2014 – 2017.

While his love for the canoe was undeniable, it was his passion as an educator that left an indelible mark. Kālepa once said, “I was challenged to preserve this art as a pwo navigator. It was really Mau passing on the stewardship of the art. But at the root of this is that you are an educator. You are a person who has to preserve the art. And the way to preserve the art is to share it!”

“Kālepa not only met that challenge, but he made it his life’s work. Whether it was students and families right here in our Hawaiian language educational programs from Pūnana Leo to Nāwahīokalaniʻōpuʻu and our Hawaiian Language College at the University of Hawaiʻi at Hilo, or the thousands of learners around the world that he interacted with during his many voyages, Kālepa really was a life-long learner and educator,” reflected Kimura.

“Our aloha goes out to Kālepa’s loving wife Audrey, his children Pāʻanaakalā, Pukanalā, and ʻAukai and Kālepa’s entire ʻohana,” Kimura said. “They are overwhelmed by the endless expressions of aloha and ask for everyone’s continued understanding and respect for their privacy as they deal with the passing of this beloved husband, father, grandfather, son, brother, cousin, uncle and friend to so many.” 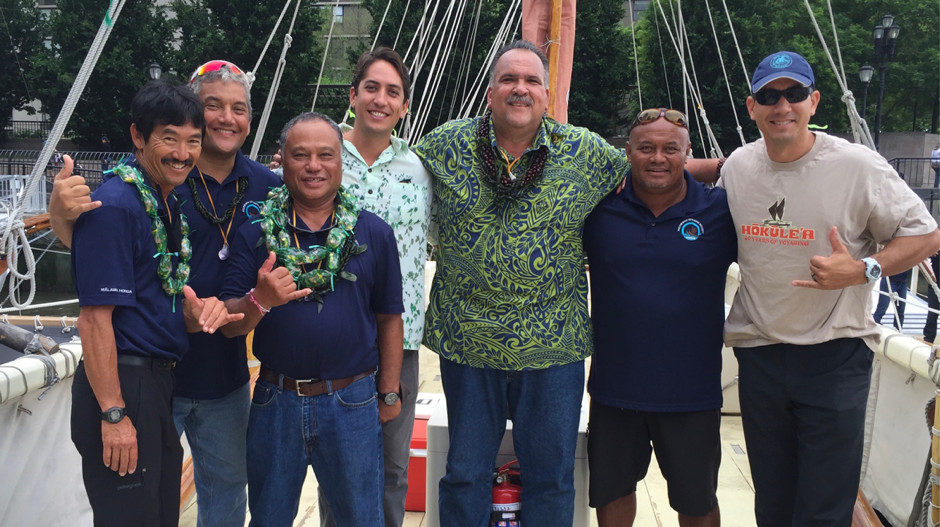 “Kālepa has been an instrumental crew member of the Hōkūleʻa dating back to 1975, when he was just 19 years old,” wrote U.S. Congressman Kai Kahele (D-Hawaiʻi) in a statement. “Kālepa saw the Hōkūleʻa as a symbol of the accomplishments of the Native Hawaiian people in the face of great adversity, and a promise for all that is possible. Kālepa’s legacy will live on through the thousands of children throughout Hawaiʻi and the world that he inspired to look to the heavens and dream that anything is possible.”

“I extend my heartfelt condolences to his family, the Polynesian Voyaging Society, and ʻohana waʻa whose lives he touched with his spirit of aloha,” Kahele added. “Thank you Kālepa for your contributions to our community and for your unwavering voice for all that you believed in.”

In pondering the significance of Baybayan’s life, his work, and his contributions, Dr. Larry Kimura – one of the developers of ʻImiloa who also worked alongside Kālepa for years – penned this haliʻa aloha for Chad Kālepa Baybayan:

Profound grief fills our naʻau upon this final departure of our great seafarer, one of Hawaiʻi’s heros, Chad Kālepa Baybayan. He was but a young son of Lahaina, Maui when Hōkūleʻa first docked there and as soon as he first touched that open-ocean sailing vessel, his journey began as a seafarer who would glide across distant seas. That inspiration at a young age led him to ponder and focus on the depth of knowledge found in the natural world, serving like a mast on a vessel, pointing him to a deeper understanding of our ways of being and worldview. Kālepa brought his knowledge of deep sea navigation to younger generations, affirming to them the value and applicability of our ancestral knowledge to our way of life here in Hawaiʻi now and into the future. His life’s work allowed Kālepa to witness first-hand the wonders of truly seeking to ʻimi loa or explore far and wide. And as he glides gently over the ocean swells in the dark of night just before dawn, peaking out peacefully in the distance is Hawaiʻi, and he says to himself, Here is Hawaiʻi, and island a people, I have returned.