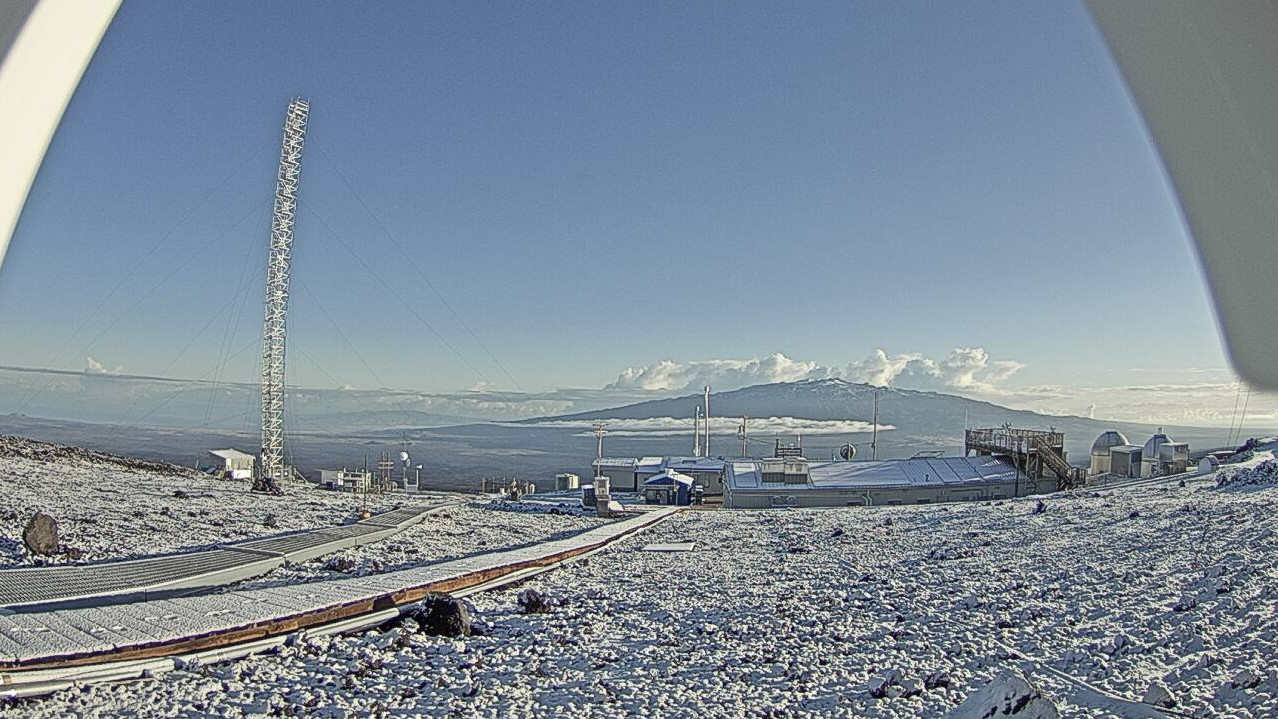 The view from Mauna Loa on Monday morning looking at the north sky and Mauna Kea, courtesy a NOAA webcam.

HAWAIʻI ISLAND - A Winter Weather Advisory was issued for the summits of Maunakea and Mauna Loa on Sunday. 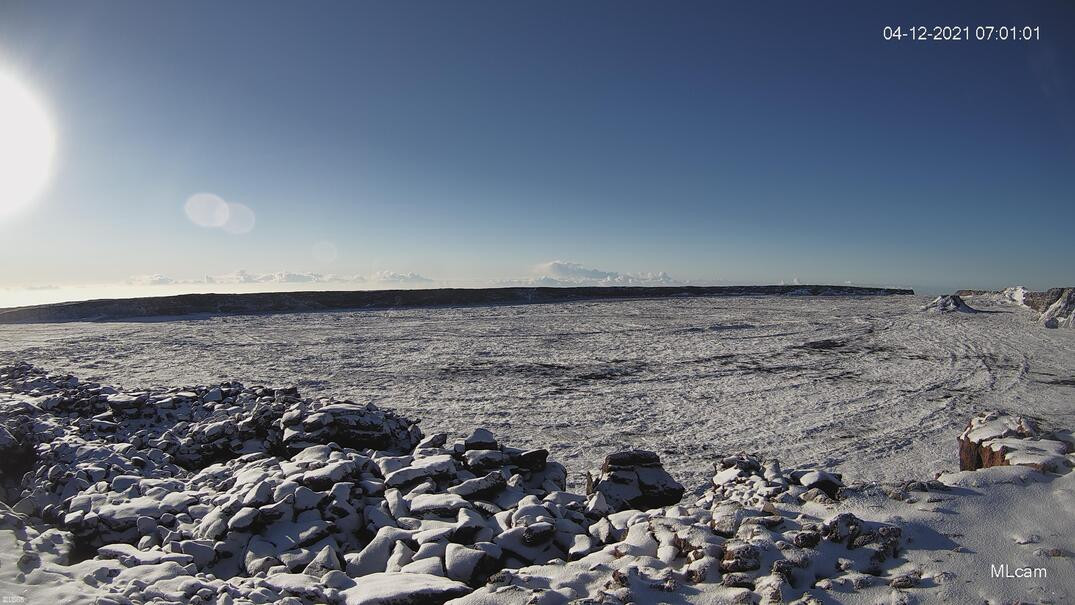 This USGS Hawiian Volcano Observatory image, taken Monday morning from a temporary research camera positioned on the summit of Mauna Loa, captures a look at the snow covering the Mokuʻāweoweo caldera.

(BIVN) – A fresh coat of snow covered the Hawaiʻi island summits of Maunakea and Mauna Loa volcanoes on Monday morning.

On Sunday, the National Weather Service issued a Winter Weather Advisory for Big Island summits, as well as Haleakala on Maui. Only an inch of accumulation was expected. The advisory is no longer in effect.

As of Sunday evening, the access road to the summit of Maunakea was closed to the public above the Visitor Information Station at the 9,200 foot elevation “due to fog, flurries and below freezing temperatures.” The Maunakea Rangers said they will be monitoring the summit and will provide updates as conditions change.

An upper level trough remains over/near the Big Island early this morning and will continue to bring some instability to the eastern half of the state into tonight. The chance for thunderstorms remains in the forecast for Maui County and the Big Island, with the Big Island being slightly more likely to experience thunderstorms in part due to the proximity to the upper trough. PW from the Lihue sounding at 2am was 0.76, while Hilo was just over an inch at 1.07. Satellite derived PW shows the PW is just a bit higher than both soundings over Oahu and Maui County this morning, however all in all, values are near or below normal for April. The upper level trough is bringing much colder than normal temperatures to the upper atmosphere over the islands, which is helping to fuel the instability that has sparked some of the heavier showers and thunderstorms. As the trough makes it way to the east, we do expect warmer temperatures to move in at the upper levels from the west, which will help to stabilize the atmosphere.