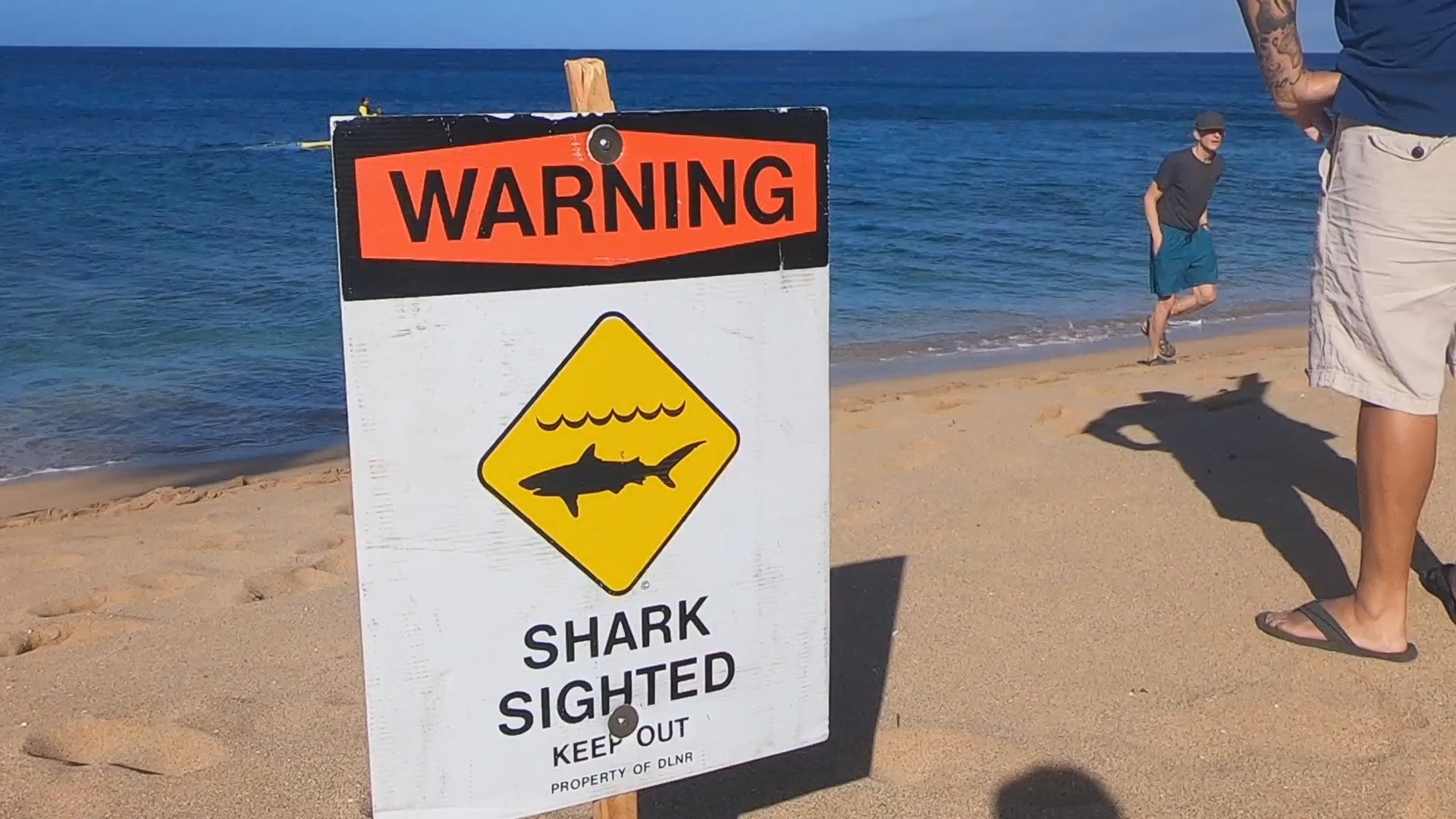 KUKIO, Hawaiʻi - The swimmer was taken to a North Hawaiʻi hospital after the non-fatal incident near the Kukio Resort Club House in West Hawai‘i.

(BIVN) – Hawaiʻi emergency officials report a woman has been taken to a hospital after a non-fatal encounter with a shark near Kukio. Several West Hawaiʻi beaches have been closed.

This message was issued by the Hawaiʻi County Civil Defense just after 10 a.m. HST:

The Hawaii Fire Department reports a shark attack at Kukio Bay in the North Kona District. The Department of Land and Natural Resources has closed Kukio Bay and nearby Kua Bay for the remainder of the day. The Fire Department will conduct an aerial survey tomorrow morning to determine if any closed beaches will be reopened.

Around 8:50 this morning an ocean excursion tour group of 17 people (eight on stand-up paddle boards, six in canoes, two swimming) were in the ocean, when a jet ski operator told everyone a 10-foot Tiger shark was in the area. Initial reports indicate, one of the two women swimming apparently encountered a shark. This was about 200 yards offshore. She was transported to the North Hawai‘i Medical Center for treatment.

Standard shark incident protocols… call for shark warning signs to be posted for one mile in either direction from the incident. Additionally, public shoreline access at Kehakai State Park/Kua Bay and from Kukio, Four Seasons, and Hualalai resorts are closed today.

The Hawaiʻi DLNR offers these tips to reduce the risk of shark injury: