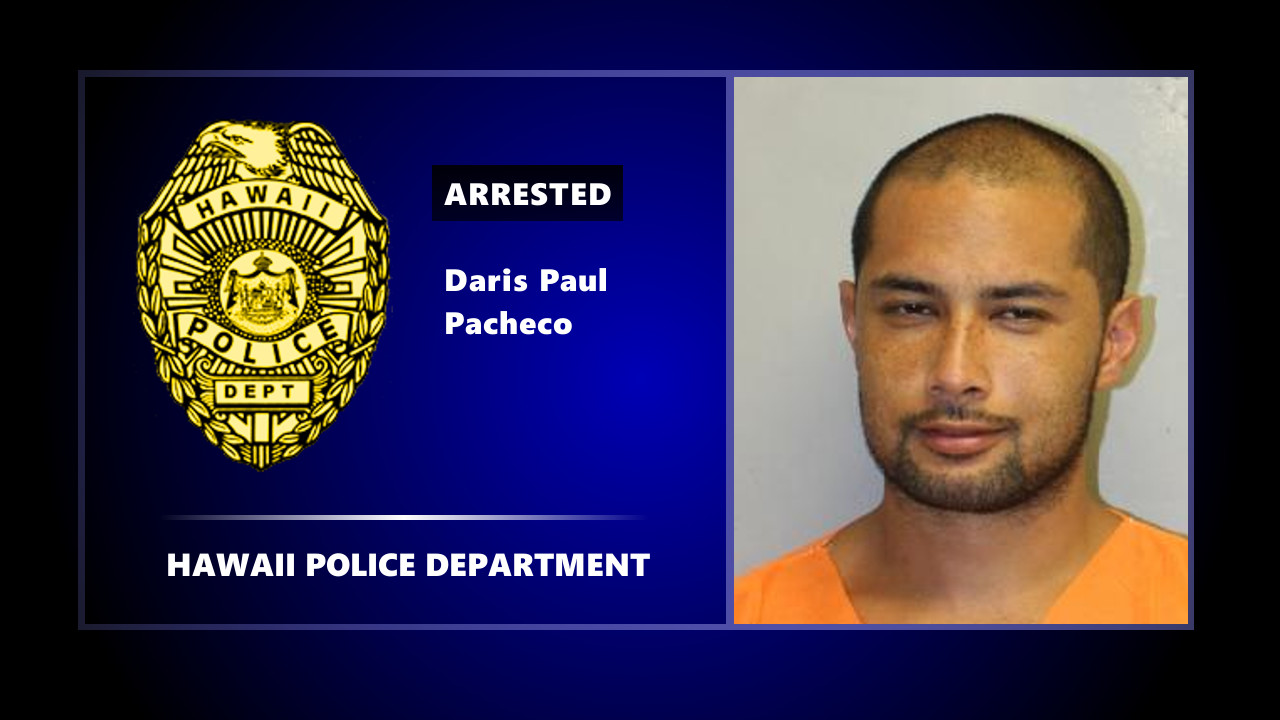 VOLCANO, Hawaiʻi - 32-year-old Daris Paul Pacheco was taken into custody after the reported shooting in the Aloha Estates subdivision on Monday.

(BIVN) – Hawaiʻi island police have identified the man shot to death at his residence in the Aloha Estates subdivision of Puna on Monday, April 26.

59-year-old Jay Allen Freeman of Volcano was found dead, lying on the ground in his yard on Nau Nani Road in Volcano, after Puna patrol officers received a report of a male shooting victim at 1 p.m. on Monday.

The suspect, who police later identified as 32-year-old Daris Paul Pacheco, was taken into custody at his nearby residence later that same day. Police say the nearby residents were evacuated for safety concerns, and described the scene:

The department’s Special Response Team tactical unit responded and using the armored vehicle, confirmed the suspect’s presence within the residence. Negotiators initiated contact with the suspect, who initially refused to exit the residence. At 3:15 p.m., the suspect exited the residence and was taken into custody.

Police say an autopsy was performed Tuesday morning, April 27, and concluded Freeman died from a gunshot wound to the chest. The manner of death was determined to be homicide.

Detectives with the Area I Criminal Investigation Section are continuing this second-degree murder investigation. Police ask anyone who may have been in the area and witnessed this incident or has information to call the police department’s non-emergency line at (808) 935-3311 or Detective Casey Cabral at (808) 961-2381 or casey.cabral@hawaiicounty.gov.