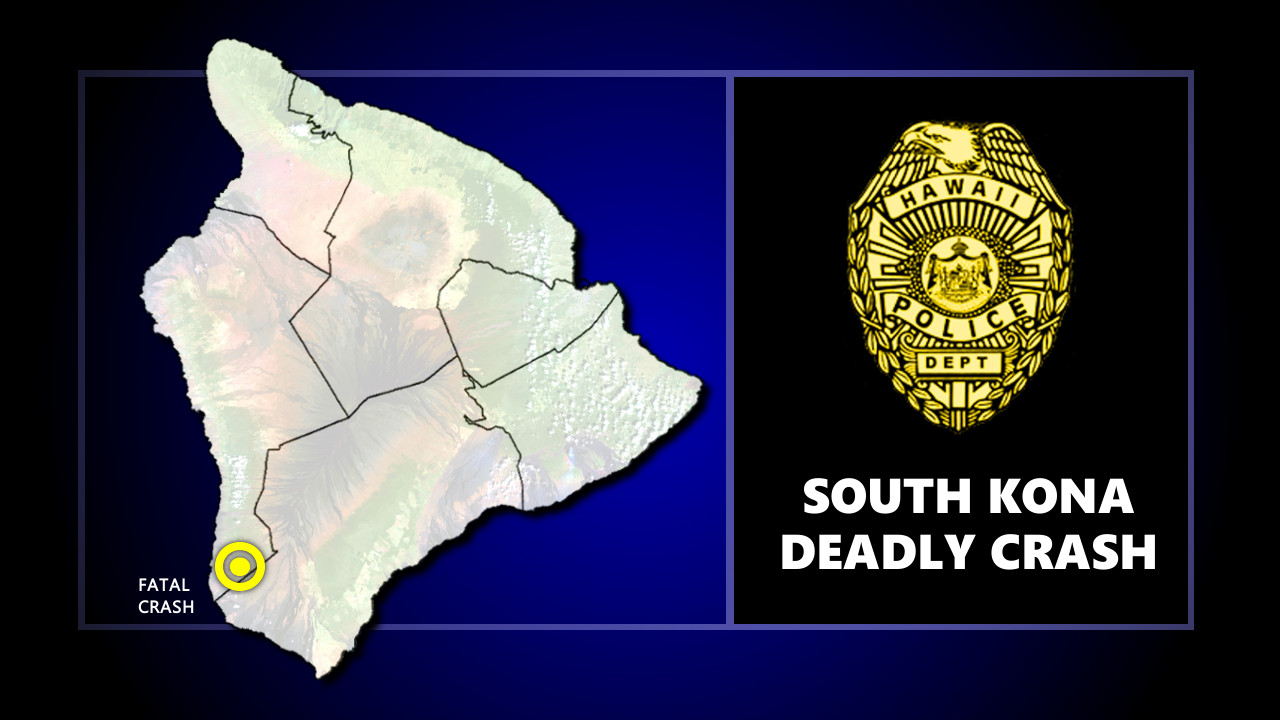 SOUTH KONA, Hawaiʻi - A 52-year-old Washington man died in a two vehicle collision that occurred on Saturday on Highway 11.

(BIVN) – Hawaiʻi island police have arrested the 59-year-old driver involved in the South Kona vehicle collision that killed a man on Saturday, May 15.

A 52-year-old Washington man who died in the Highway 11 crash has been positively identified as Brian Kamaka Moa.

A 52-year-old Washington man died following a two vehicle collision that occurred on Saturday (May 15, 2021) .1 mile south of the 88 mile marker on Highway 11.

The 52-year-old male has been positively identified as Brian Kamaka Moa.

Responding to a 3:57 p.m. call, police determined that a blue 2007 Ford F-350 pickup was overtaking a black 2004 Nissan Frontier pickup truck that was traveling northbound. The Ford pickup lost control and side swiped the Nissan pickup causing both vehicles to overturn. The 52-year-old male passenger of the Ford pickup was transported to the Kona Community Hospital and was pronounced dead at 9:57 p.m.

The 59-year-old female driver of the Ford pickup was injured in the collision and was taken to Kona Community Hospital for treatment. The driver was arrested for Negligent Homicide and Operating a vehicle after license and privilege have been suspended or revoked for operating a vehicle under the influence of an intoxicant. She was later released pending further investigation.

The Area II Traffic Enforcement Unit has initiated a Coroner’s Inquest investigation and is asking for anyone who may have witnessed the collision to contact Officer Severo Ines at 326-4646, ext. 229 or email at severo.ines@hawaiicounty.gov. Tipsters who prefer to remain anonymous may call Crime Stoppers at 961-8300 in Hilo.

This is the 10th traffic fatality this year compared to 8 at this time last year.