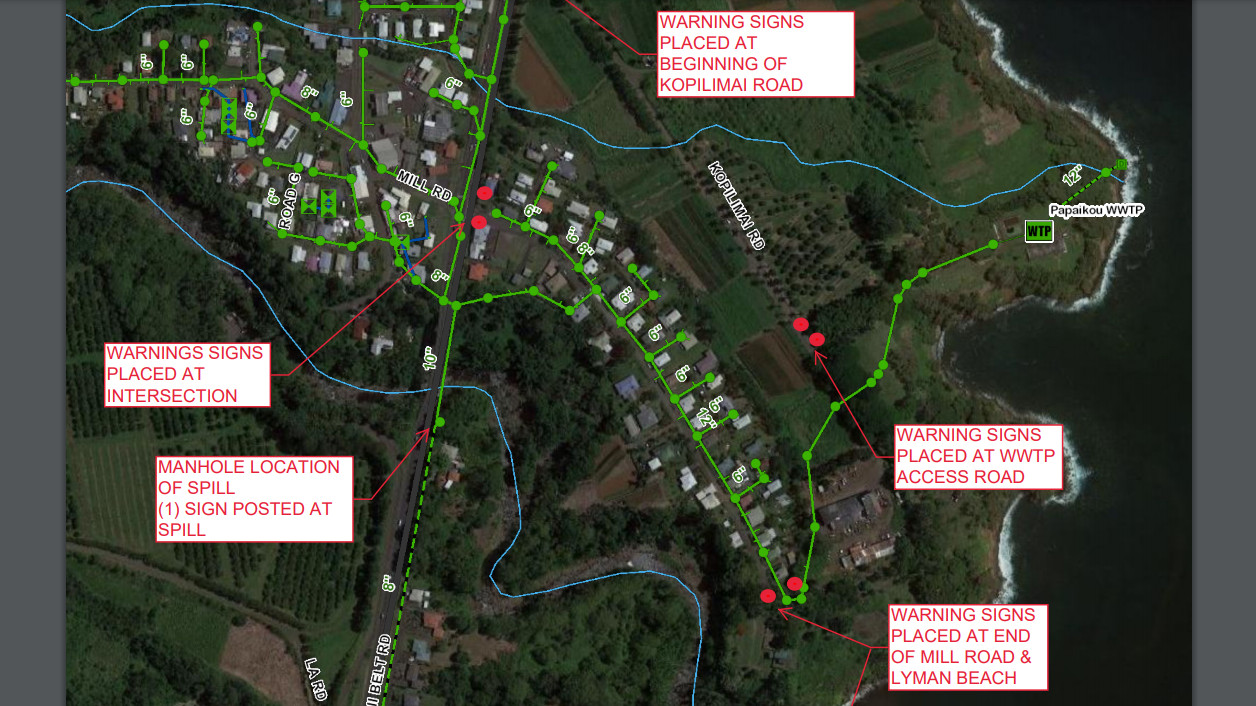 PAPAIKOU, Hawaiʻi - The County of Hawaiʻi on Tuesday provided more information on the "discharge of untreated wastewater onto ground and potentially into Kapue Stream."

(BIVN) – An estimated 67,800 gallons of untreated wastewater spilled onto the ground in Pāpaʻikou and potentially into Kapue Stream, the County of Hawaiʻi reported on Tuesday.

The Hawaiʻi Department of Health Clean Water Branch on Monday issued an advisory, asking the public “to remain out of waters of Kapue stream below Kapue Bridge and Lyman Bay in Papaikou,” because “an unknown volume of wastewater overflowed from a nearby manhole and may have entered the stream and adjacent coastline.” Hawaiʻi County Civil Defense also announced Highway 19 was closed in both directions “to repair damaged sewer lines between mile marker 6 and mile marker 7 near Papaikou.”

The County says the spill was caused by “a sewer blockage within the sewer manhole and within the gravity line along Pāpa‘ikou Bridge”.

The blockage was cleared with a hydraulic jetter and the area was disinfected, the county reports. The Wastewater Division says operators “turned off the pump at the Pauka‘a SPS during clearing work,” and “warning signs were posted.” Water quality samples were also collected along Lyman Beach and the health department was notified.