HAWAIʻI VOLCANOES NATIONAL PARK - As the eruption of Kīlauea volcano reaches the five-month mark, the lava lake at the summit is now 99% percent crust. 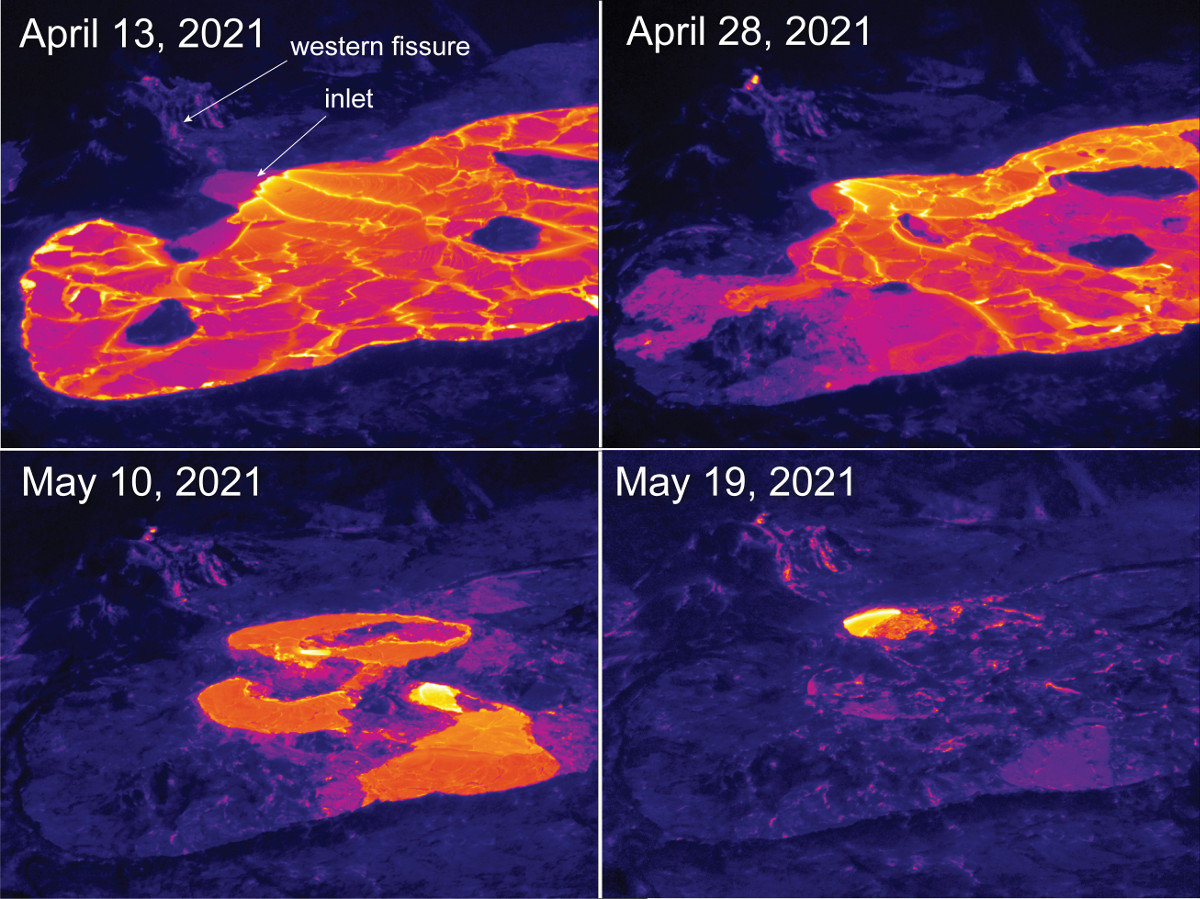 USGS: “This comparison of thermal images taken from the south rim of Halema‘uma‘u, at the summit of Kīlauea, show the diminishing area of active lava on the surface over the past month. Today, active lava was limited to a small pond, about 20 meters (yards) long, near the western fissure.” (USGS images by M. Patrick.)

As the eruption of Kīlauea volcano reaches the five-month mark, the lava lake at the summit is now 99% percent crust.

The lake is now 229 meters, or 751 feet deep. That measurement is unchanged now for over a week.

The area of active lava has diminished over the past month, and is now limited to a small pond, about 20 meters long, near the western fissure.

Scientists with the US Geological Survey Hawaiian Volcano Observatory say the small lava pond is normally covered in a stationary crust. But occasionally, as this video shows, the pond abruptly resurfaces with fluid lava, with foundering of crustal plates. This resurfacing process takes only a few minutes.

When the eruption began on the evening of December 20, 2020, it quickly filled the bottom of the summit caldera. The lava lake has been rising ever since. At the four-month mark, scientists released this animation – which features one thermal image for each day of the eruption.

This thermal timelapse sequence shows the changes in the lake activity over the past month, as the area of active lava shrinks.

Recent sulfur dioxide emission rates have been measured at 100 t/day, which is about the same as the levels measured during the quiet before the December eruption began.

All these observations suggest that the eruption rate has decreased significantly since mid-April. Scientists say this may indicate a coming pause in eruptive activity.

Even with decreased effusion rates, officials say conditions around Kilauea summit remain hazardous. HVO says it will continue to monitor the volcano, and issue daily updates and additional messages as needed.