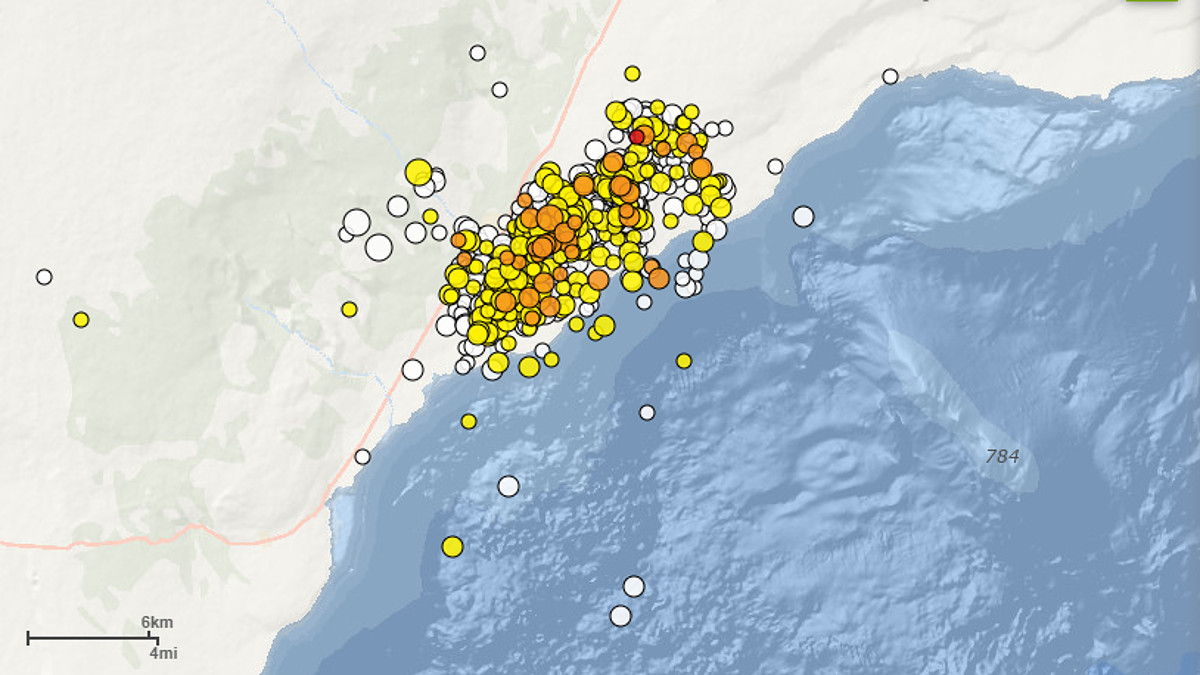 Many people in Kaʻū have noticed the swarm of earthquakes taking place during the past few years. These earthquakes are happening in a zone that is 29-40 km (18-25 miles) beneath Pāhala and extends south about 10 km (6 miles) offshore. Some of the largest earthquakes from this region have been felt throughout the Island of Hawai‘i.

The increase in earthquakes over the past few years, which is currently at a historically high rate, is of interest to residents and scientists alike.

These earthquakes occur below our volcanoes and even below the base of the underlying ocean crust, in the uppermost mantle. This part of the mantle is called lithospheric mantle as it is cool enough to rupture and create earthquakes. The deeper mantle is too hot and plastic to generate earthquakes and tends to flow like putty or clay.

Other authors have suggested that the deep region beneath Pāhala was a pathway for magma from the upper mantle plume beneath the Island of Hawai‘i to Kīlauea Volcano. They hypothesized that the number of earthquakes increased when magma was supplied to Kīlauea, though there is no direct evidence to support any magma movement and it requires a yet unidentified conduit to move the magma large distances horizontally to get beneath Kīlauea and Mauna Loa.

Scientists recently examined the characteristics of the high seismicity that began beneath Pāhala in 2015. They found that as the number of earthquakes began to increase, many of the earthquakes occurred on steep faults as well as ones historically interpreted as flat lying. The number of earthquakes increased again in 2019 and so did the variety of faults producing them.

The overall load of the volcanoes on the lithosphere would not change appreciably in a matter of years, so the variety of fault orientations requires a more complex answer to explain the large number of earthquakes and their changing orientation. The Pāhala region sits at the structural nexus between three volcanoes—Kīlauea, Mauna Loa, and Lō‘ihi. Still, insufficient information to make a connection between the accumulation of strain in this region and the generation of these earthquake swarms.

Instead, the scientists hypothesized that some magma may be leaking from the mantle plume and migrating into the Pāhala region and stalling at depth. The inferred magma could pressurize the region, resulting in an increase in the number and variety of earthquakes occurring beneath Pāhala. While there is no direct evidence that magma is accumulating, it is an interesting hypothesis that warrants more investigation.

The Pāhala earthquake swarm in its current state appears to be a unique occurrence that has not previously been observed in Hawai‘i, though the historic record of seismographs only goes back a little more than 50 years. Additional research is planned and involves placing a dense array of tiny temporary seismometers in Ka‘ū to image of what is going on deep under Pāhala. If you get a call from a USGS Hawaiian Volcano Observatory or University of Hawai‘i scientist looking to place a small instrument on your land next year, please engage with them and do what you can to help expand our understanding of this complex system through supporting this important and interesting volcano research.

In the USGS graphic below, the map shows earthquakes at 20-40 km (12-25 miles) depth beneath Hawai‘i island over the past week. Most of the earthquakes at this depth were clustered beneath the southern edge of the island near the town of Pāhala (blue dots). 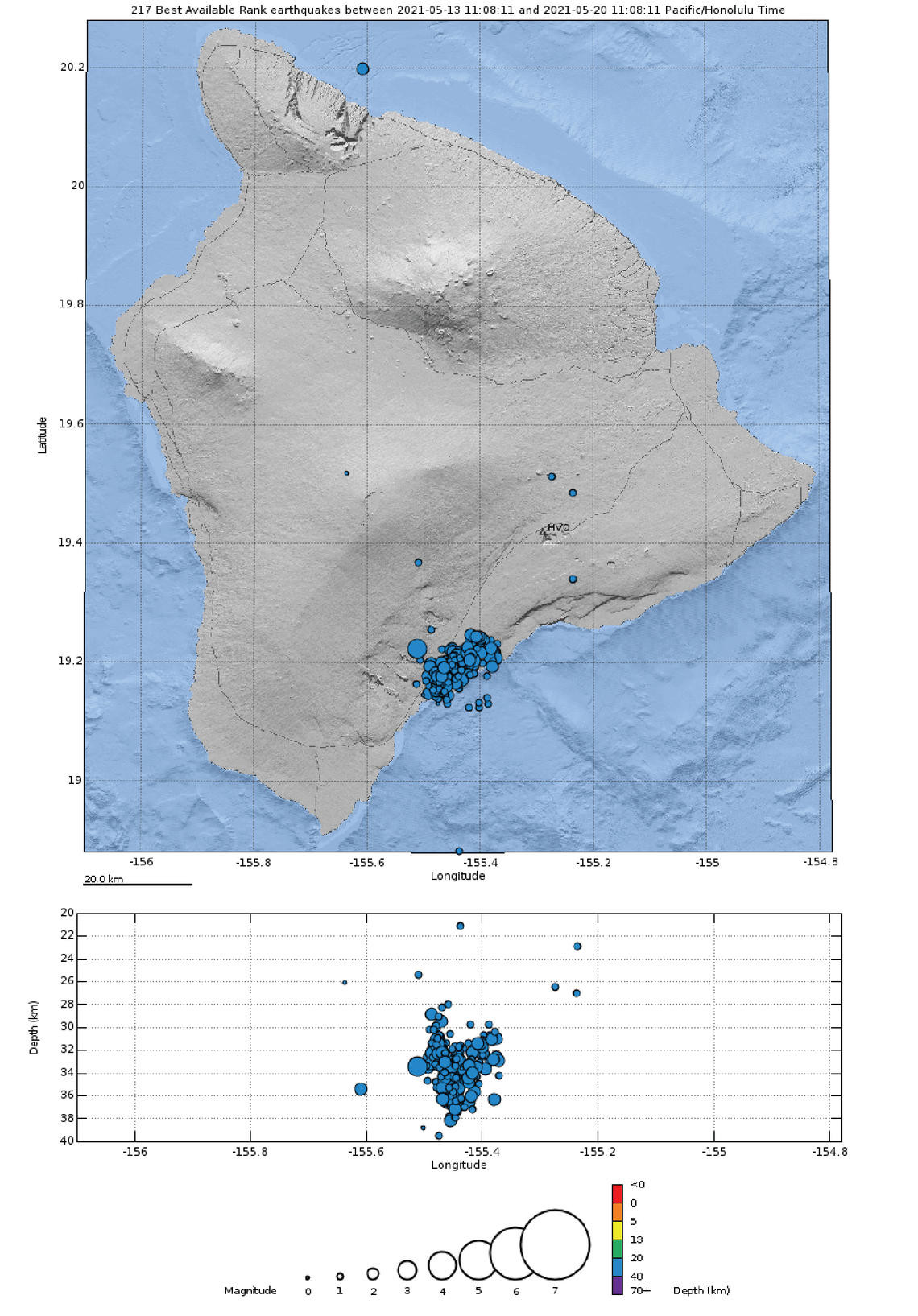