A synthesized voice was utilized in the narration for this story. Video is from the Hawaiʻi DLNR and Courtesy Blake & Brent Cousins via DLNR. Photos courtesy Hawaii County Fire Department.

PAʻAUILO, Hawaiʻi - As of Saturday, the brush fire was 90% contained. Operations are expected to run for several days. The cause of the fire is unknown. 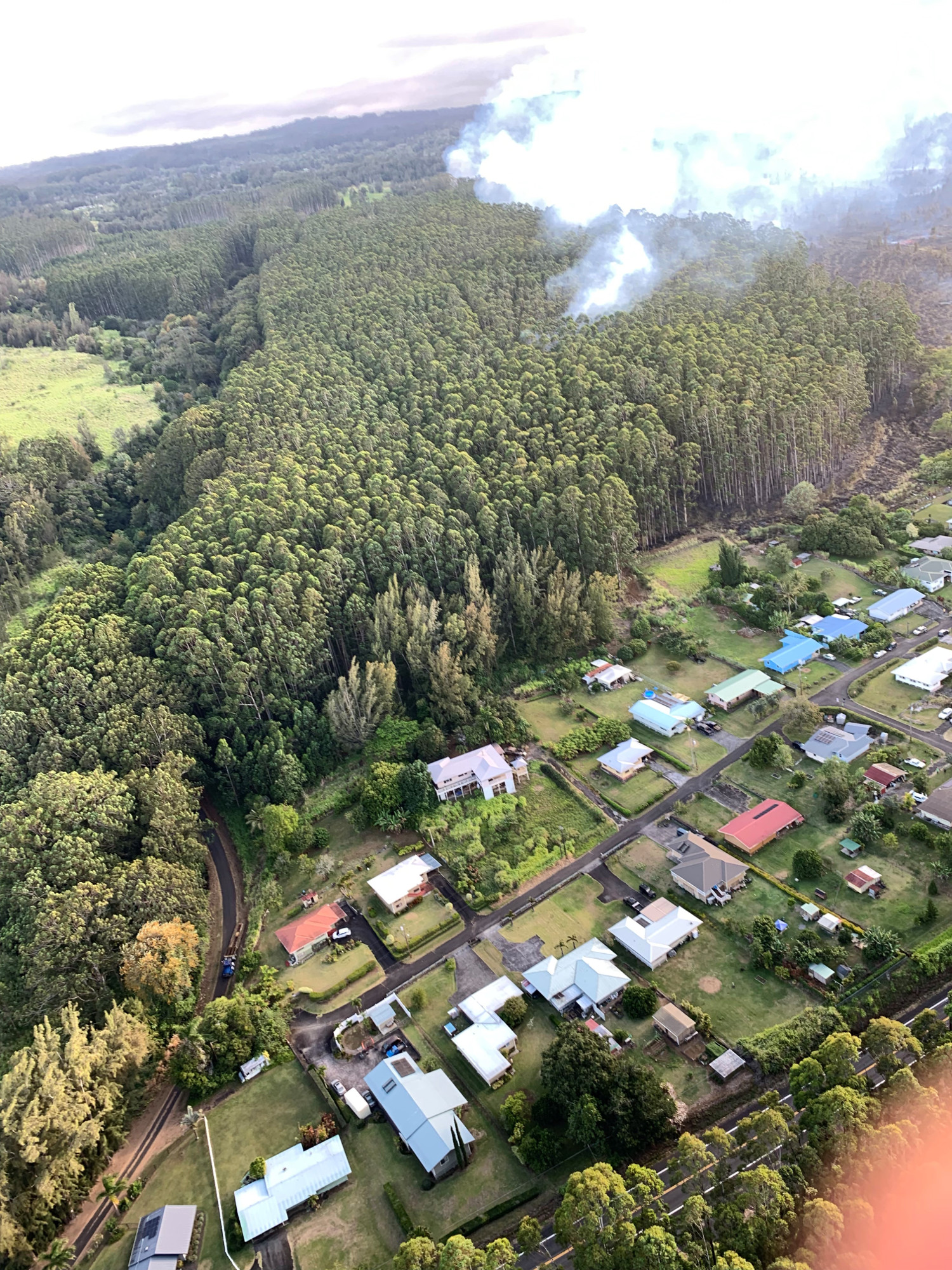 A large brushfire in Paʻauilo in East Hawaiʻi burned over a thousand acres since Friday.

The Hawaiʻi County Fire Department says the flames started makai of Highway 19, and spread upslope. The current size of the burned area is estimated to be over 1,400 acres.

Initially, 15 homes and 10 other structures had been threatened by the fire. These photos taken by helicopter show how close the flames came to nearby buildings.

This video, recorded on the ground by Blake & Brent Cousins, shows the fire burning through trees and dry, wildland brush.

The highway was closed on Friday, and the Paʻauilo Gym was opened to serve as a shelter for people who evacuated due to the fire. No mandatory evacuation orders were in place.

Officials say the firefighting operation continued all night in an effort to stop the fire from jumping the break and prevent the fire from threatening Paʻauilo village.

As of Saturday, the brush fire was currently 90% contained. The cause of the fire is undetermined at this time. The fire department says operations are expected to run for several days.