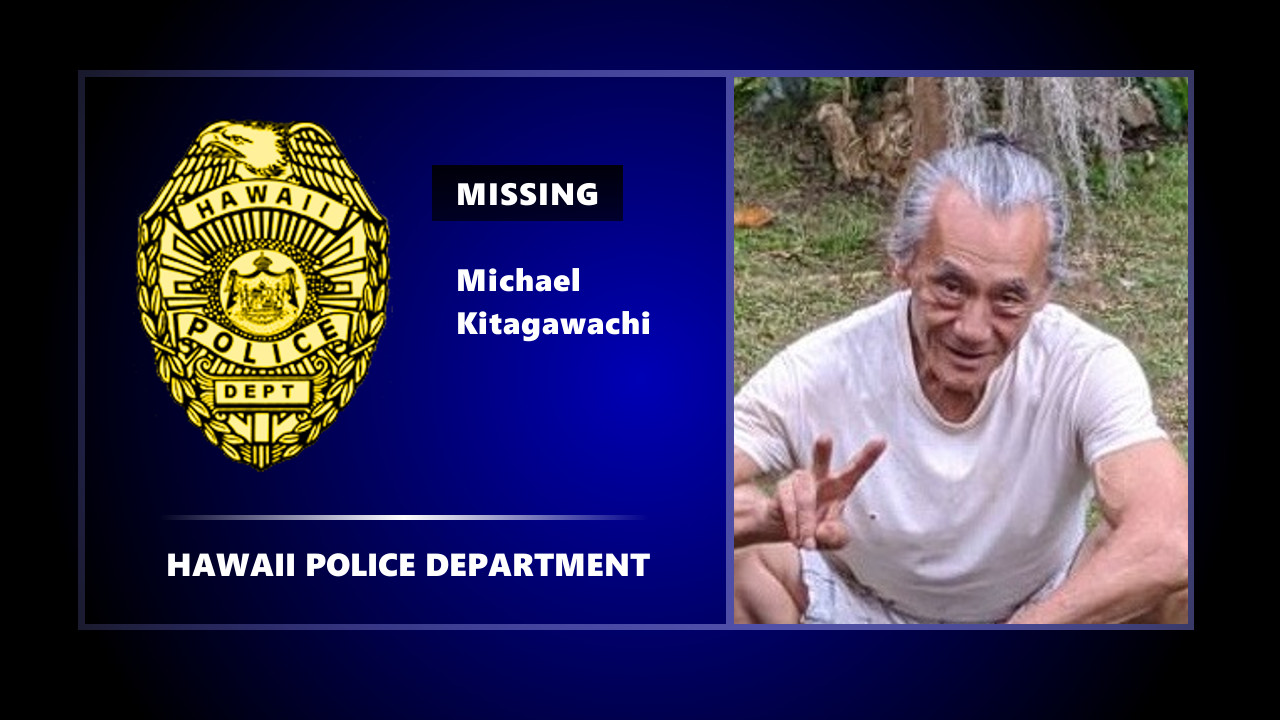 HŌNAUNAU, Hawaiʻi - Kitagawachi's canoe was was found approximately 1 mile off shore of Honaunau Bay on Friday.

(BIVN) – The U.S. Coast Guard says it has suspended the active search for missing Kona fisherman Michael Kitagawachi off Honaunau Beach, as of Monday evening.

“Since Saturday our crews have worked closely with the Hawaii County Fire Department covering over 749 square nautical miles during 59 search hours,” said Darin McCracken, a search and rescue planner with Sector Honolulu. “During that time there has been no sign of Mr. Kitagawachi. While it is a difficult decision to make, we suspended the search after sunset today pending new information.”

On Friday, June 05, 2021, it was reported by a family acquaintance that a fisherman had found a 15-foot teal colored one-man canoe approximately 1 mile off shore of Honaunau Bay. The one-man canoe was identified as belonging to 66-year old Michael Kitagawachi of Kailua-Kona.

Kitagawachi is reported to have left his residence earlier that morning and normally returns home by 8:30 a.m. He was reported to be in good health and no foul play is suspected at this time.

The Hawai’i Fire Department and Coast Guard were contacted and are making area checks in the ocean and the immediate coast line.

Police are asking anyone with any information regarding the current whereabouts of Michael Kitagawachi to contact the Hawai’i Police Department’s non-emergency number at (808) 935-3311 or Officer Krimsen Abilla at (808) 326-4646, ext. 253.

The U.S. Coast Guard added that Kitagawachi’s vehicle was also found at Hōnaunau Beach with his phone inside.