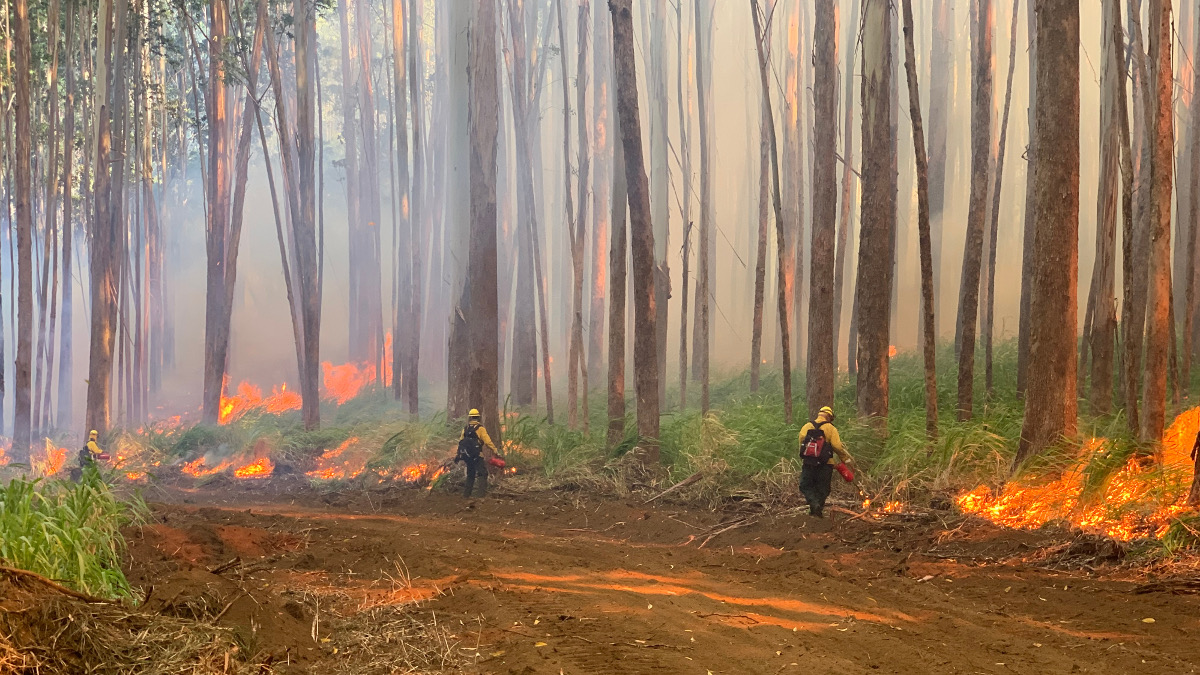 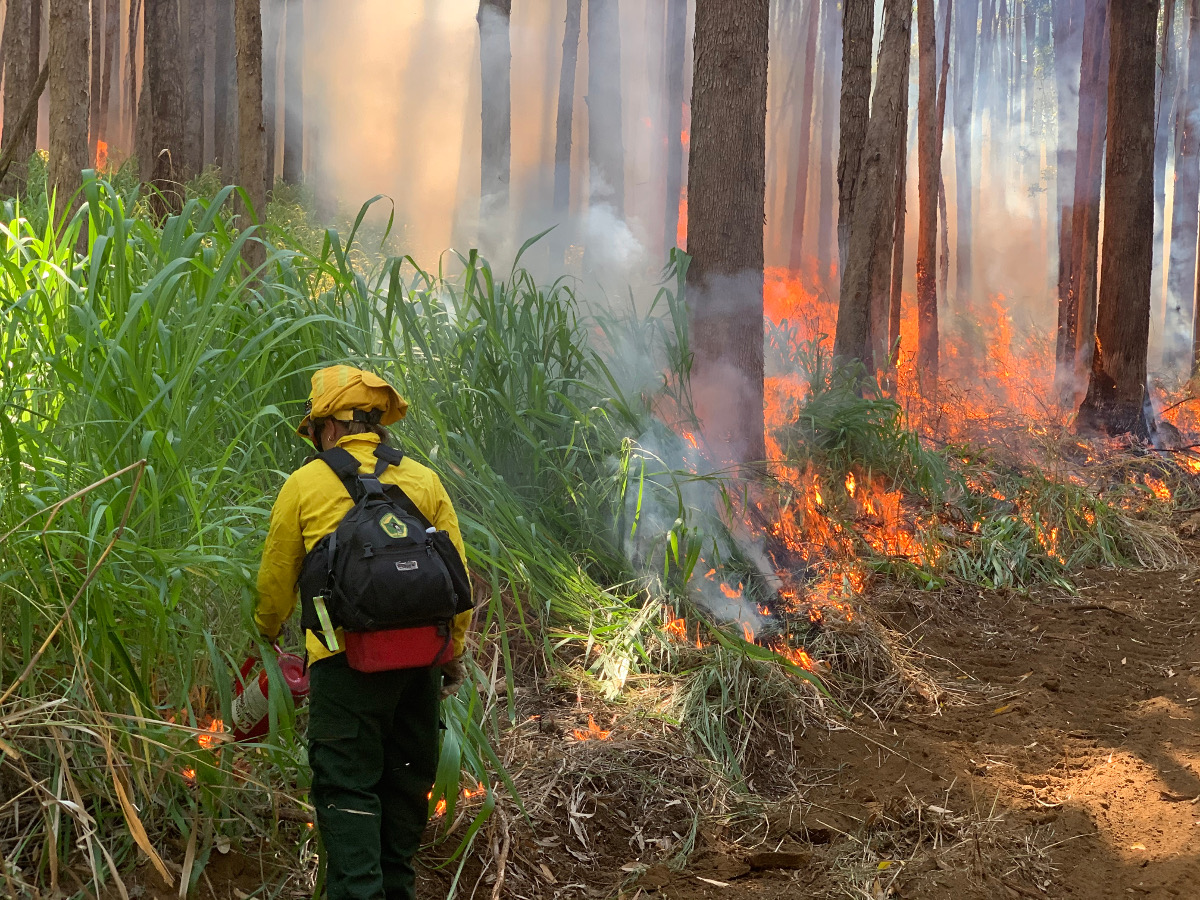 (BIVN) – The Hawaiʻi Department of Land and Natural Resources is raising awareness about Hawaiʻi wildfire season, following this past weekend’s brushfire in Paʻauilo on the Hāmākua coast.

To seasoned wildland firefighters, the 1,400-acre brush fire that swept through former sugar cane fields in Pa‘auilo last Friday, was not a huge surprise.

As firefighting agencies statewide kick off the annual Wildlife & Drought LOOKOUT! awareness campaign, last weekend’s fire highlights the importance for communities and individuals to be prepared for what is expected to be an especially active summer and fall fire season.

“We have a lot of brush that’s built up over the last four years, so that’s going to be a prime

Issue in the coming months. Based on forecasts, we are in for a particularly dry year, which is an issue for us on the Big Island, and the rest of the state as well,” said Hawai‘i County Fire Chief Kazuo Todd.

Dozens of firefighters from his department, from the DLNR Division of Forestry and Wildlife (DOFAW), and local volunteer departments kept the fire, sweeping with incredible speed through guinea grass, from torching any homes in the rural community. It could have been a close call.

Nani Barretto, of the Hawai‘i Wildfire Management Organization (HWMO) commented, “Wherever the wind can blow a leaf, it can blow an ember and start a fire. Embers can fly up to a mile, so keep your yards clean, lean, and green right now. The one thing we want people to know is, fires are different than other natural hazard events in that they can be prevented, and their impacts reduced, if we’re proactive.”

The prevalence of wildfires is intrinsically linked to current weather conditions. As of June 3, each of the Main Hawaiian Islands had vast acreages of land rated as abnormally dry by the U.S. Drought Monitor.

Statewide 68.52% of the land is considered abnormally dry, with 4% experiencing moderate drought, and a small fraction of land (.38%) on the west side of Hawai‘i Island already in severe drought conditions.

Todd observed, “I think the residents of Paʻauilo were a little surprised. It is on the wetter side of the island, which means a lot of brush has built up over the past four years of relative wet weather. With strong winds, and if a fire does start, it can quickly transition into a large fire that moves rapidly through the underbrush.”

The fire chief says that should be of concern to communities everywhere. “Without the efforts of all the firefighters on the line, the helicopters, and the heavy equipment this 1,400-acre fire could have grown into a five-to-six-thousand-acre fire rapidly, Todd added.

The fire mostly burned guinea grass but also scorched the trunks of Eucalyptus trees several feet up. During a reconnaissance of the fire perimeter, the Hawai‘i Island DOFAW forestry

“We’re already experiencing the larger rain events with higher-than-average rainfall, followed by longer periods of drought. That means bigger fuel buildup, more frequent, and larger wildfires. With each fire, the native vegetation is taken over by fire-adapted alien species, and that makes things worse,” Hatayama explained.

Like in all western states, Hawai‘i no longer has a set fire season. It’s now year around, but predominate from early summer to late fall, when rainfall is historically lower. This phenomenon is one reason the Hawai‘i State Legislature has pumped millions of dollars into the State’s firefighting arsenal over the past few years.

Back in Hilo, Hatayama shows off three sparkling red brush trucks, each capable of carrying 400-gallons of water to fire lines, and a 2,000-gallon pumper truck to replenish water supplies in the field. The trucks are among the big investments made recently to replace equipment that Hatayama said, “were older than me.” Often, the former repurposed military vehicles, some nearly 50-years-old, had to be towed out to a fire scene.

Firefighting is the last line of defense. “The more proactive we are as individuals, as home and property owners, the better,” Barretto of HWMO said. Chief Todd added, “Our messages about fire safety are more necessary now than ever. It’s important to look at what’s going on within your own neighborhood, your own community, your own property and making sure you’re not doing anything to contribute to the spread of wildfires.”

Just ask the folks in Pa‘auilo what it’s like when a wildfire rips through your area.