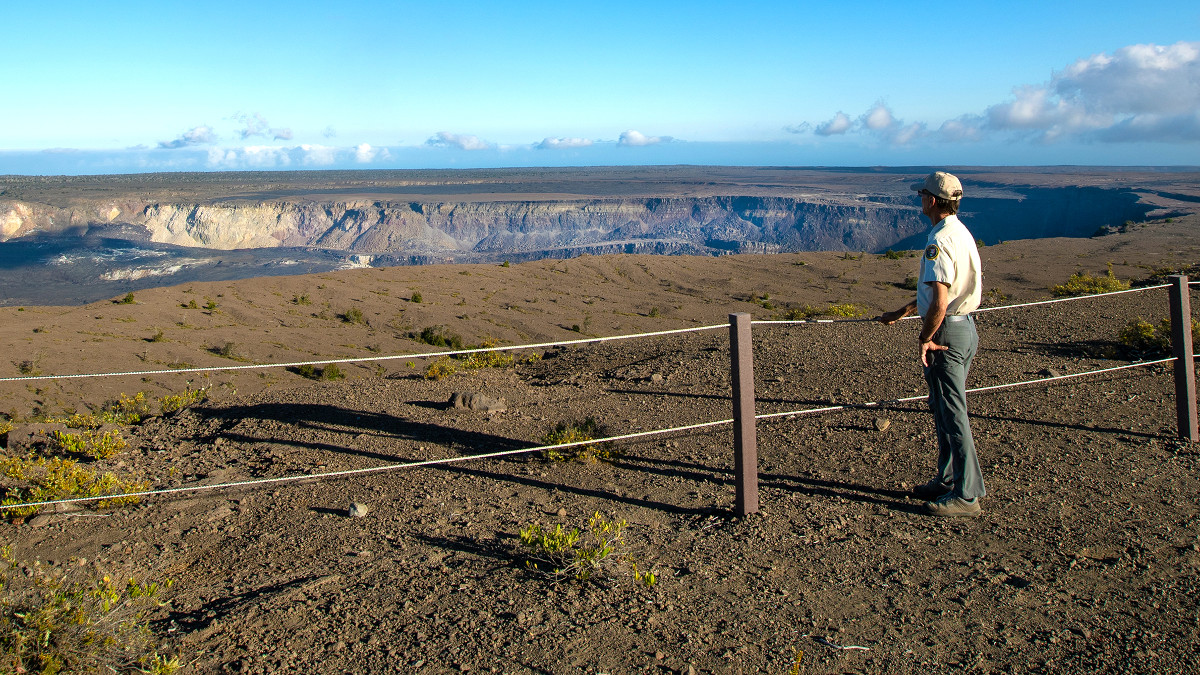 A NPS volunteer looks across Kīlauea summit from the Uēkahuna viewing area. Photo by Janice Wei/NPS. 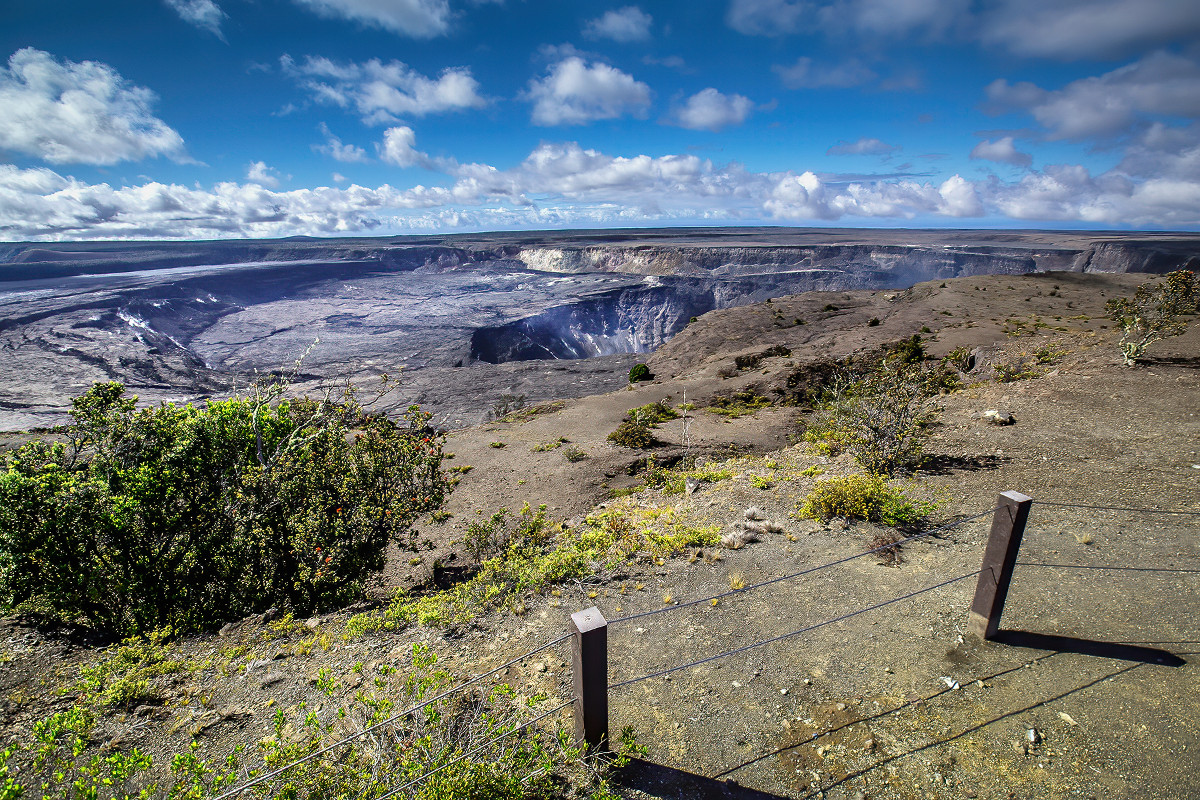 The sunken summit crater of Kilauea, post-2018, is seen from the Uēkahuna bluff area. Photo by Janice Wei/NPS.

“We are so pleased to welcome the community and visitors back to Uēkahuna, one of the most remarkable and revered sites in Hawaiʻi Volcanoes National Park,” said Superintendent Rhonda Loh. “Data from multiple post-disaster assessments indicate the areas do not pose an immediate risk as long as people stay on trail and stay away from the cliff edges. The National Park Service will continue to closely monitor the area, and respond as necessary to any changes,” Loh said.

Kilauea volcano is not erupting, currently. The USGS Volcanic Alert Level is set to ADVISORY/YELLOW. The Hawaiian Volcano Observatory says it is possible that the Halema‘uma‘u vent could resume eruption or that Kīlauea is entering a period of quiescence prior to the next eruption.

Uēkahuna has been closed for three years, the Hawaiʻi Volcanoes National Park says:

Uēkahuna closed in 2018 when magma drained from Halemaʻumaʻu, the summit crater, triggering months of repetitive earthquakes, damaging ash clouds and the eventual collapse of Kīlauea summit. A section of Crater Rim Drive dropped into the crater and park buildings, roads and infrastructure were badly damaged. The volcanic events of 2018 are the most destructive in Hawaiʻi in at least two centuries.

From Uēkahuna, the evidence of 2018 reveals itself in the giant fractures that cleave the crater floor, the newly exposed yellow sulfur bank to the east, and the gaping chasm which is Halemaʻumaʻu now. Gaze across Kaluapele, the steaming crater, and the faded centerline from the fallen road can be seen. Turn around on a clear day, and the slopes of massive Mauna Loa remind us Kīlauea is not the only active volcano in the park.

The National Park Service invested significant effort into making the trails and Uēkahuna safe to reopen. Workers installed post and cable railing between Kīlauea Overlook to the west of the former Jaggar Museum to keep people away from hazards like undercut edges, earth cracks and sink holes, and for resource protection. Voids and cracks have been repaired, and a fence prevents entry into the now-closed Jaggar Museum area. Safety signs mark closed areas, and the restrooms, signs and some trails are lit to aid in nighttime visitation. The NPS also installed crack monitors between Kīlauea Overlook and Uēkahuna to determine changes that signal instability.

Hawaiʻi Volcanoes National Park says that Uēkahuna is a potent wahi pana (legendary place), and that Native Hawaiians have come to Uēkahuna to connect to their ancestral home, long before the park was established. “Please be respectful of others, and allow them to practice their traditions privately,” the National park Service stated, offering this link for more information about Uēkahuna.