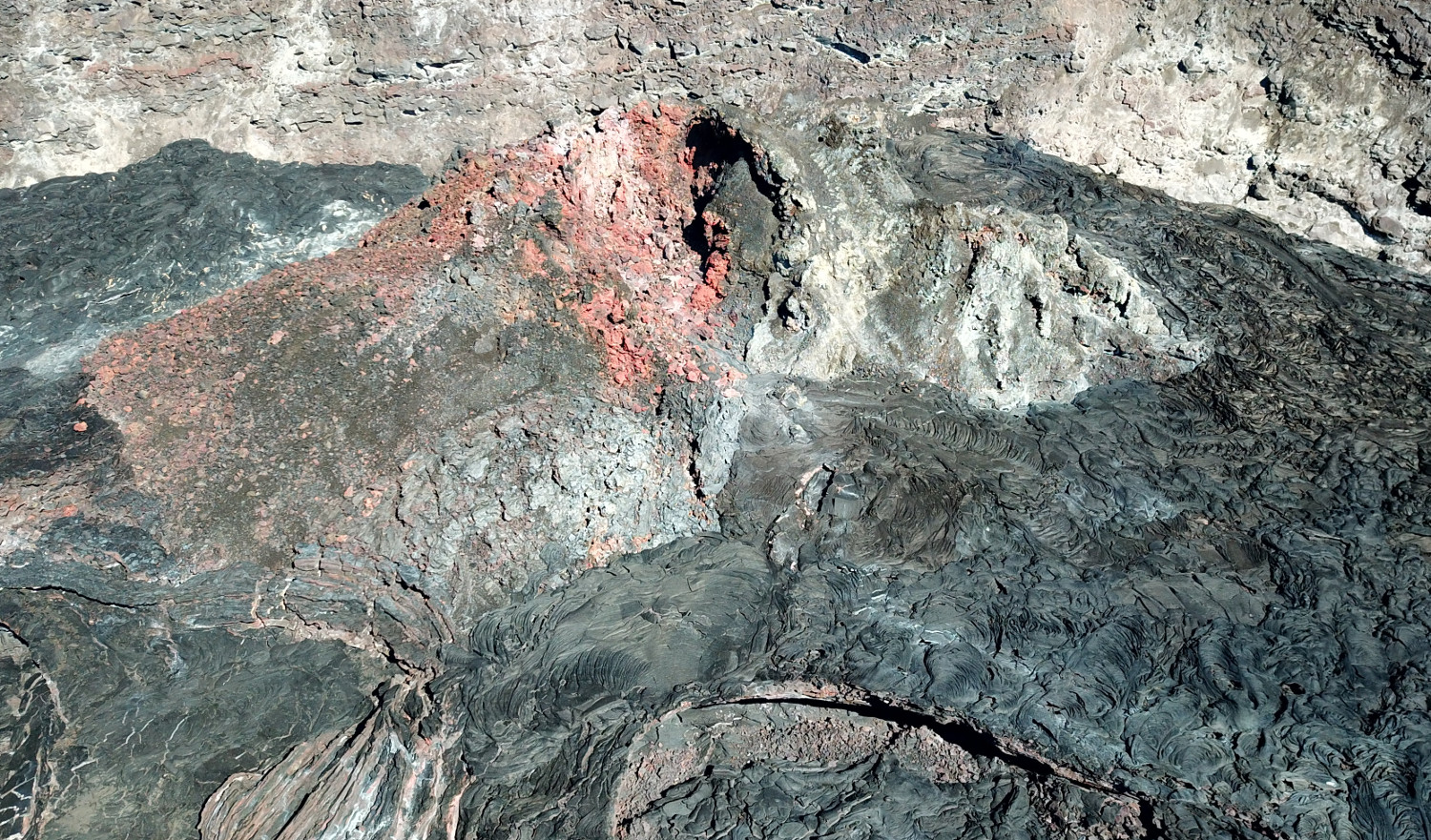 USGS: "This close-up Unoccupied Aircraft Systems (UAS) photo of the inactive western fissure within Halema‘uma‘u was captured on Thursday, June 3, 2021, at the summit of Kīlauea... For scale, the tallest parts of the western fissure stand approximately 19 m (62 ft) above the surrounding pāhoehoe flows in this view." USGS photo. 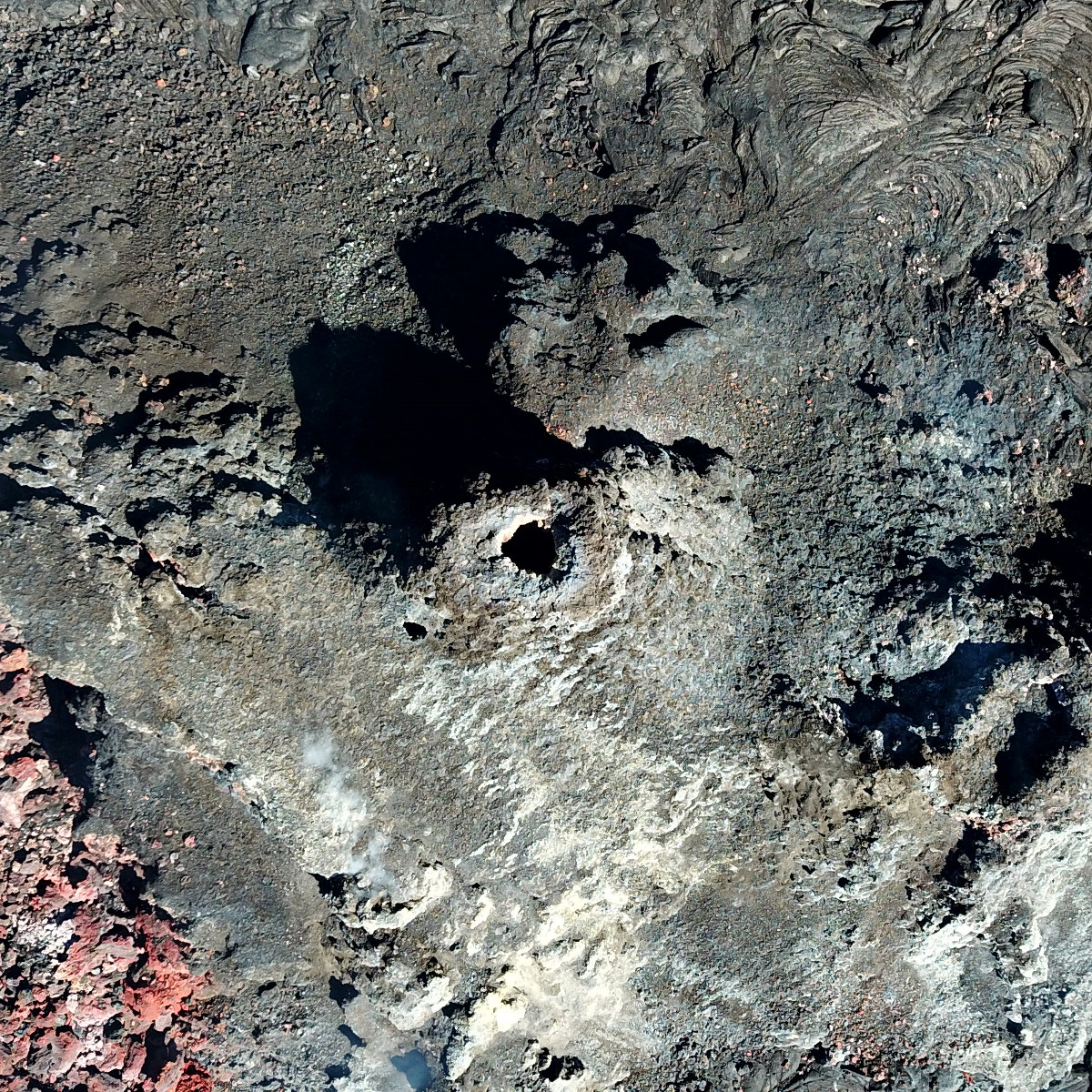 USGS: “This Unoccupied Aircraft Systems (UAS) photo, looking straight down into the inactive western fissure within Halema‘uma‘u at the summit of Kīlauea, was captured on Thursday, June 3, 2021… For scale, the height and width of this photo each span approximately 40 m (131 ft) laterally.” USGS photo.

(BIVN) – The USGS Hawaiian Volcano Observatory is sharing photos taken of inactive fissures within Halemaʻumaʻu crater at the summit of Kīlauea, where lava is no longer erupting.

The recent pause in the eruption has allowed Unoccupied Aircraft Systems (UAS) pilots to safely photograph the eruptive features from new angles.

According to a recent post on the HVO website, one of the objectives of the mission “was to get a close-up look into the fissure to see if any incandescent lava was still visible.” No active lava was observed.

According to the scientists:

UAS photos like this help scientists to understand ongoing volcanic processes and their associated hazards, and to detect changes that might indicate shifts in the character of activity. USGS has special use permits from the National Park Service to conduct official UAS missions as part of the Hawaiian Volcano Observatory’s mission to monitor active volcanoes in Hawaii, assess their hazards, issue warnings, and advance scientific understanding to reduce impacts of volcanic eruptions. Launching, landing, or operating an unmanned aircraft from or on lands and waters administered by the National Park Service within the boundaries of Hawaii Volcanoes National Park is prohibited under 36 CFR Closures & Public Use.

Kīlauea is currently at an ADVISORY/YELLOW alert level. USGS says it is possible that the Halema‘uma‘u vent could resume eruption or that Kīlauea is entering a period of quiescence prior to the next eruption.