News conference video courtesy County of Hawaiʻi via Nā Leo TV, with video of the scene by Daryl Lee 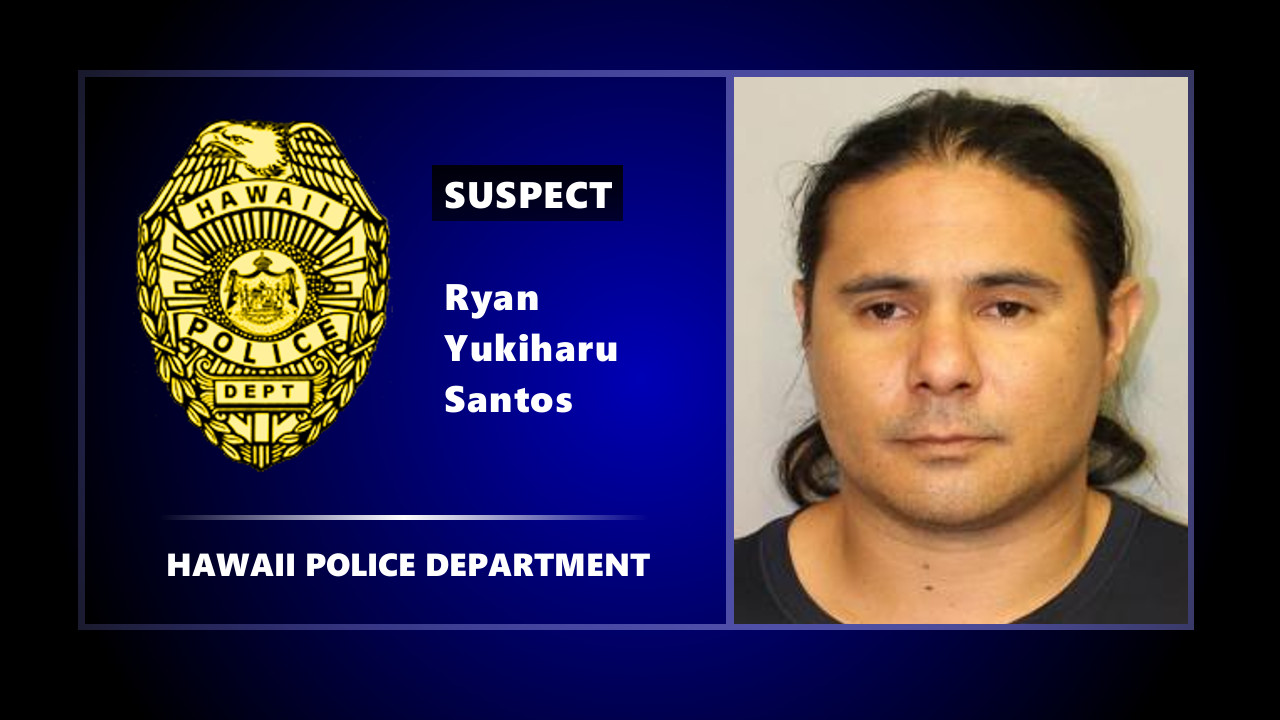 From an updated news release provided by the Hawaiʻi Police Department on Monday:

Hawai’i Island Police detectives are continuing the investigation of an officer-involved shooting incident that occurred on Sunday evening, June 13, 2021, shortly after 7:00 p.m.

South Hilo Patrol officers responded to a reported domestic at a residence on Mokuhonua Lane in Hilo. As officers arrived and contacted the occupants of the residence to investigate, a male party emerged from a back room of the residence with a semi-automatic rifle and began firing at officers. The officers were able to retreat, and one officer was able to return fire and struck the suspect. The suspect, who has been identified 34-year-old Ryan Yukiharu Santos, fired multiple shots at officers and their marked police vehicles from two semi-automatic rifles.

Police and responding paramedics performed CPR on Santos; however, he expired at the scene.

During the course of this incident, a 91-year-old relative of the suspect appeared to go into cardiac arrest. He was transported by medics to the Hilo Medical Center Emergency Room, where he was later pronounced dead. It is believed he died from a medical condition, however, an autopsy has been ordered to determine the exact cause of death.

There were no reported injuries to other persons within the residence, surrounding neighbors, or the responding officers.

Detectives from the Area I Criminal Investigation Section are continuing this attempted first-degree murder investigation.

The Office of Professional Standards has initiated a standard internal administrative investigation. The involved officers have been placed on administrative leave pending an internal review of this incident.

The autopsy for Santos and the 91-year-old relative are scheduled for Tuesday morning, June 15, 2021.

Police ask anyone who may have information about this incident to call the Police Department’s non-emergency line at (808) 935-3311 or Detective John Balberde of the Area I Criminal Investigation Section at (808) 961-2386 or John.Balberde@hawaiicounty.gov.