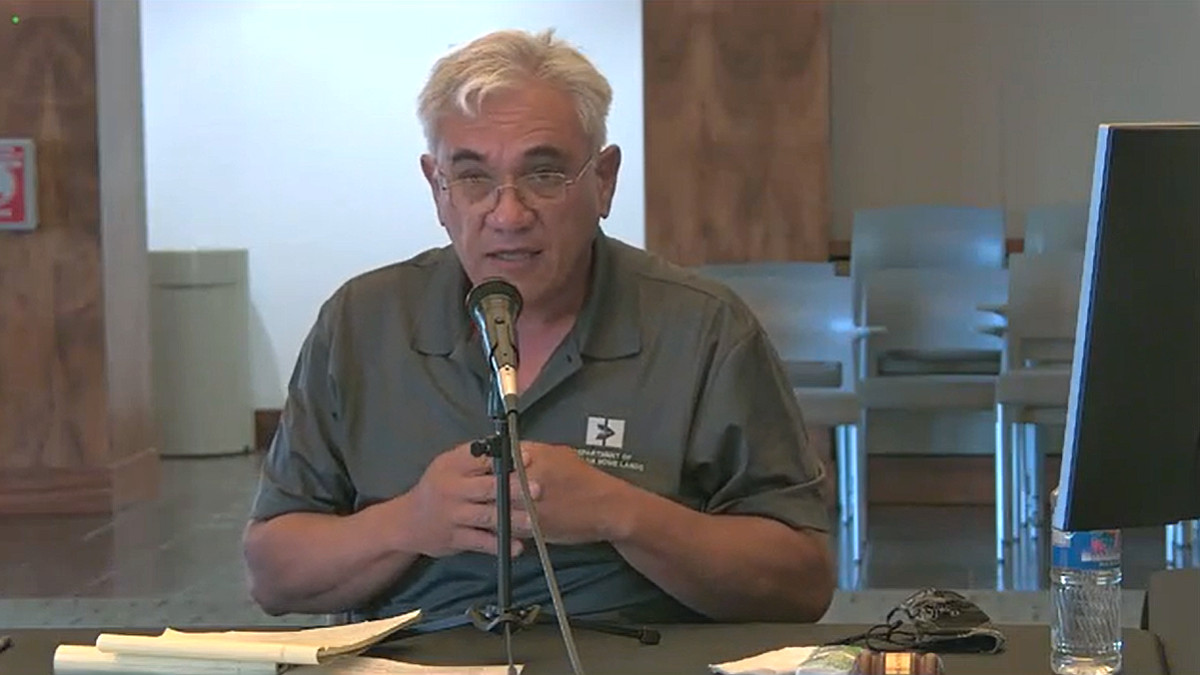 WASHINGTON D.C. - DHHL Chair William Ailā, Jr., spoke during a roundtable at the Senate Committee on Indian Affairs, which is chaired by Hawaiʻi Sen. Brian Schatz.

Video of the hearing can be seen on the Senate Committee on Indian Affairs website.

“Native communities’ critical infrastructure needs such as roads, sanitation, electricity, and housing have been well documented – yet underfunded – for decades. We made a dent in that with the CARES Act, but more importantly, with the American Rescue Plan, which represented the biggest investment in Native communities in American history,” said Chairman Schatz. “But it is a shame that it took a global pandemic for us to recognize how these unmet needs put Native communities behind the 8-ball when it comes to health care and economic recovery. As Congress acted to address both, it became clear that federal investment in building new and updating existing infrastructure in Native communities was no longer ‘nice to have’ but actually essential.”

“The need for interagency coordination is one of the topline takeaways here. I’m hoping that the White House and the Department of the Interior … can assist us with that,” said Chairman Schatz. “But what matters the most in my judgement is what we do next. So let this be the continuation of an ongoing conversation. We are anxious to get your guidance on what the American Jobs Plan should look like, what the American Families Plan should look like, what the appropriations process should look like, how NAHASDA should be not just reauthorized but improved, and how we can better represent … and better serve Native communities across the country.”

Joining chair Ailā on the roundtable: