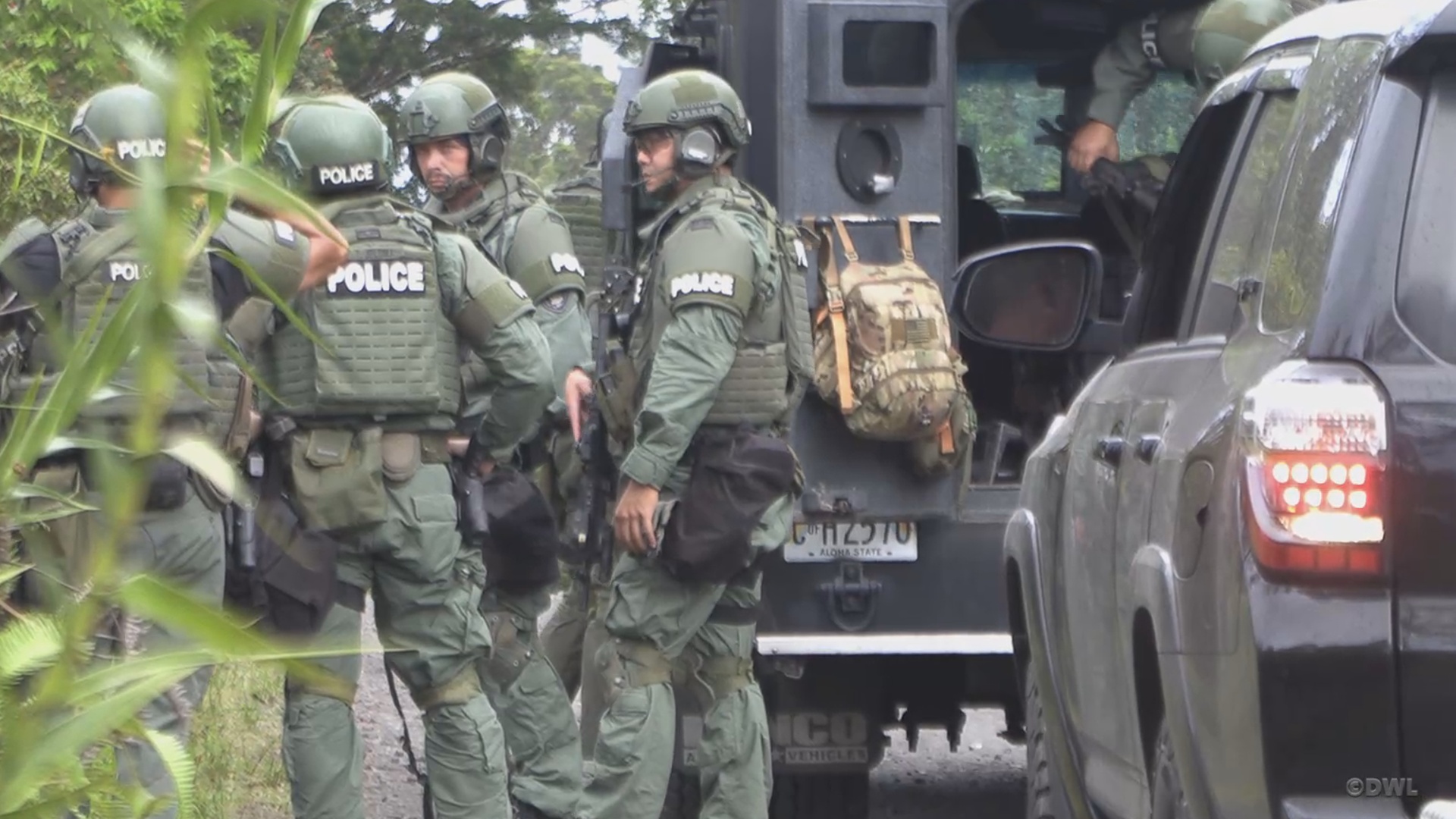 Special Response Team at the scene of the brief standoff Tuesday afternoon, June 22, on Uhini Ana Road in Mountain View. Photo from video by Daryl Lee.

PUNA, Hawaiʻi - A Special Response Team responded to a reported active burglary at a residence on Uhini Ana Road on Tuesday. 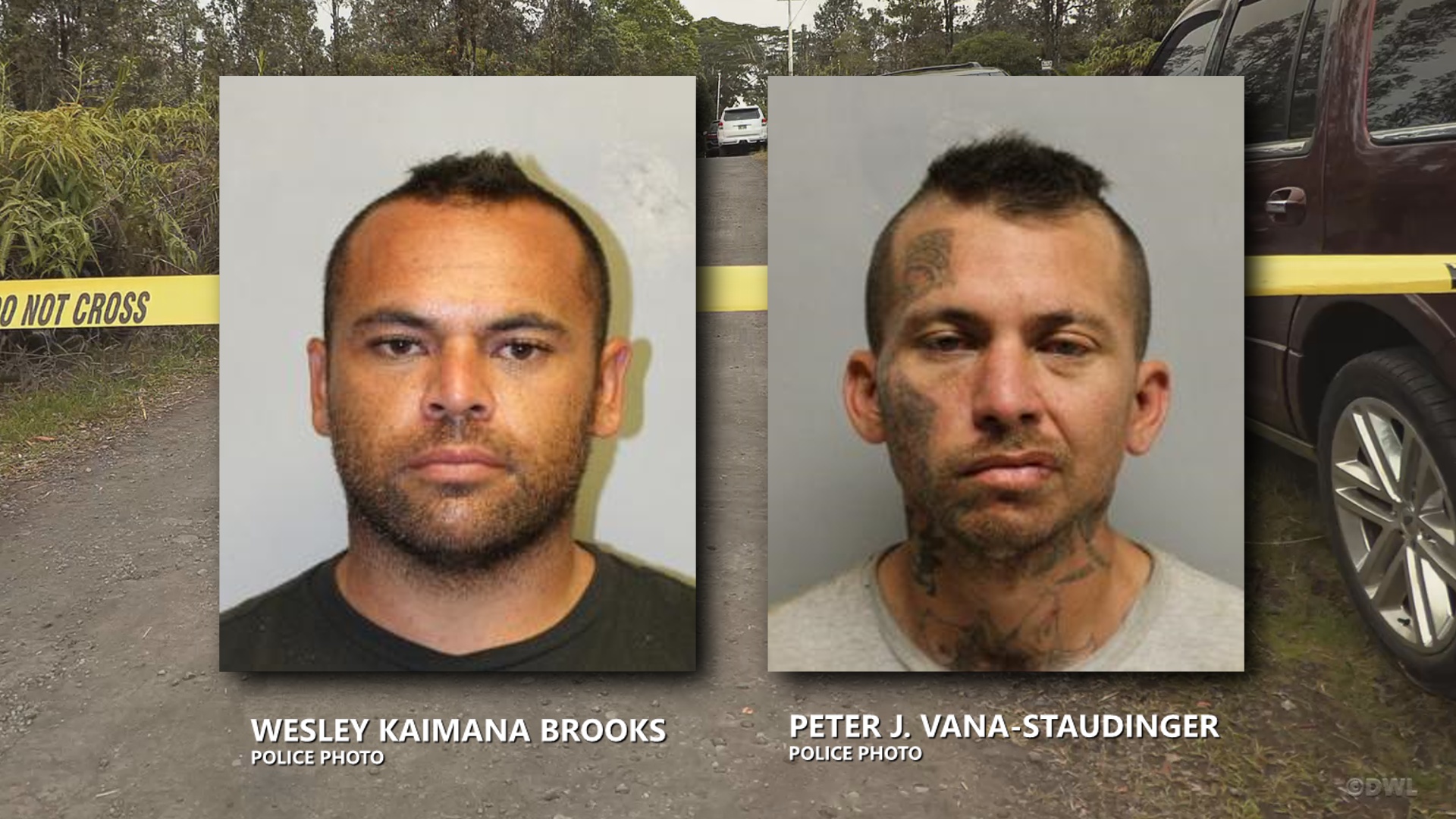 On Tuesday afternoon shortly after 2:30 p.m., Puna Patrol officers responded to a reported active burglary at a residence on Uhini Ana Road, after the property caretaker reported that he heard someone on the property and went to investigate. As he approached the property, he observed a vehicle that did not belong there and heard voices; shortly afterwards, he heard gunshots coming from the area of the residence. The police department’s Special Response Team (SRT) and members of the Area I Criminal Investigation Division responded and immediately established a perimeter. Negotiators were unable to make contact with anyone at the residence. The Special Response Team later breeched the residence and determined that it was vacant. A short time later, police located Brooks and Vana-Staudinger walking on the roadway above the property. They were arrested without incident.

Brooks and Vana-Staudinger were set to make their initial court appearance on Friday, June 25, in Hilo District Court.