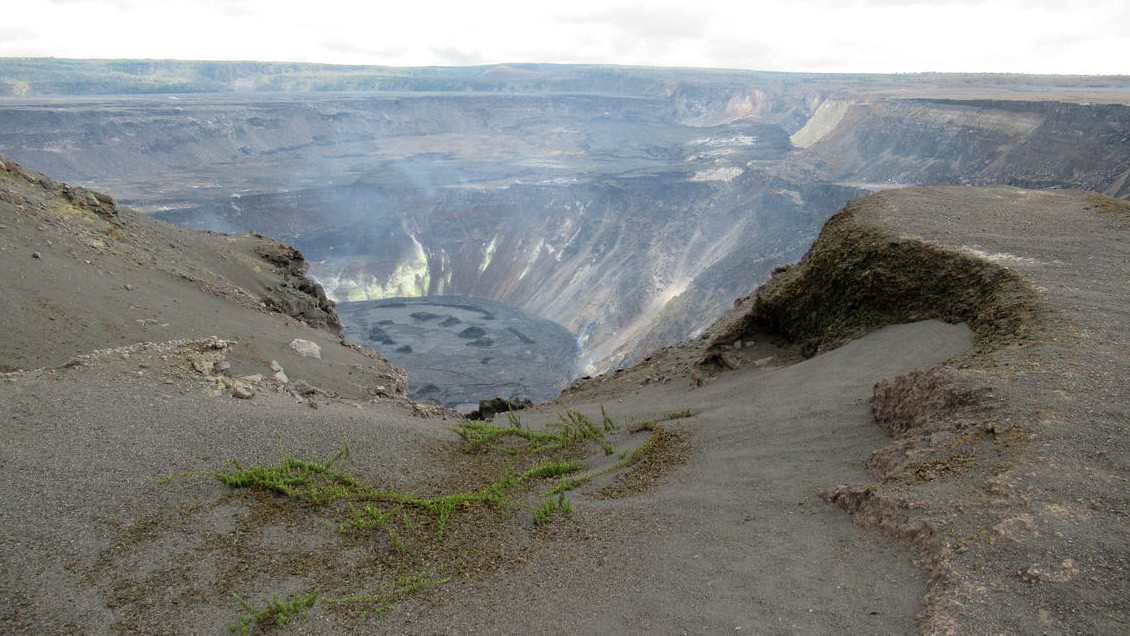 USGS HVO: Blue-tinged gases are seen above the lava lake in Halema‘uma‘u crater in this image taken from the southwest rim on June 25, 2021, at 12:37 p.m. HST. Although eruptive activity has paused at the summit of Kīlauea, sulfur dioxide-rich gases can still be seen emanating from the lava lake, primarily along the northern margin but also at the west vent and along the southern margin. (USGS photo taken by J.M. Chang.)

(BIVN) – Although Kīlauea volcano is no longer erupting, there has been a slow increase in seismicity at the summit region in recent weeks.

Scientists with the USGS Hawaiian Volcano Observatory noted the uptick in earthquakes in a weekly Kilauea activity update posted on Tuesday. The volcano remains at a ADVISORY alert level.

“Seismicity has been slowly increasing in recent weeks,” HVO wrote, “with a small swarm of earthquakes in the summit region on June 23.”

“Summit tiltmeters recorded three deflation-inflation cycles over the past week, along with continued gradual inflation in recent months,” scientists added.

“It is possible that the Halema‘uma‘u vent could resume eruption or that Kīlauea is entering a longer period of quiescence prior to the next eruption,” USGS repeated.

No surface activity has been observed by field crews or webcam images since May 23, following a five-month eruption that began in December 2020. “The most recent sulfur dioxide (SO2) emission rates, measured on June 16, 2021, were 70 tonnes per day (t/d),” HVO wrote. “SO2 emission rates are approaching levels associated with the non-eruptive period from late 2018 to late 2020 (30-35 t/d) and are significantly lower than emission rates that averaged over 800 t/d from mid-February to mid-April.”

No unusual activity has been noted in the East Rift Zone. “Geodetic monitors indicate that the summit and upper East Rift Zone – between the summit and Puʻuʻōʻō – is refilling at rates similar to those measured over the past 2 years and before the December 2020 eruption,” scientists said.