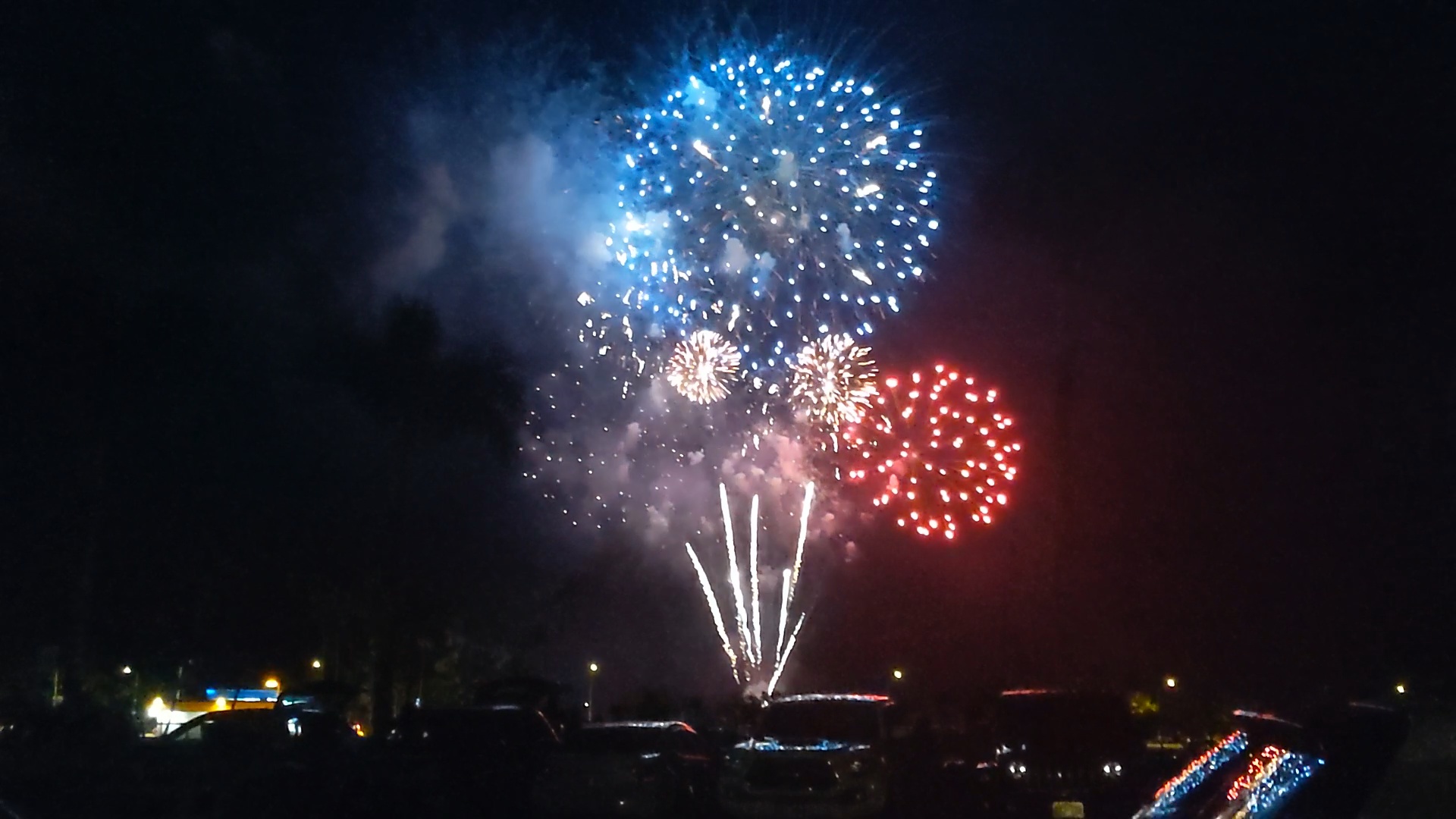 photo of the July 4 fireworks show in Hilo

HILO, Hawai'i - The first Fourth of July celebration since the COVID-19 pandemic was attended by crowds in Hilo, Hawaiʻi on Sunday evening.

UPDATE (9:50 a.m.) – “The County of Hawaiʻi Fourth of July fireworks show planned for Kailua-Kona has been rescheduled for tonight, July 5, due to a technical issue,” County officials reported on Monday morning. “The initial show was slated to begin at 8 pm last night, July 4, and proceed for approximately 10 minutes. Tonight’s show will begin at 8:30 pm from the north end of the old runway at Kailua Park.”

(BIVN) – The Hilo Bay Blast fireworks exhibition was held on Sunday evening, attracting a crowd of onlookers from various vantage points around town.

The pyrotechnics display began at 8 p.m., and were set off from a barge moored in Hilo Bay. There was also a lengthy delay about midway through the show.

The Hawai‘i County Band was set to present a live accompaniment to the fireworks with a performance at the Moʻoheau Bandstand. Bayfront Highway, from Waiānuenue Avenue to Pauahi Street, was closed to vehicular traffic from 6 p.m. through 10 p.m.

All Hilo area parks were open until 9 p.m.

Today (Monday, July 5) is being recognized as the official week-day holiday for Independence Day.