A synthesized voice was utilized in the narration for this story. Video and images courtesy the University of Hawaiʻi, Hawaiʻi DLNR.

MAUNAKEA, Hawaiʻi - University of Hawaiʻi at Hilo researchers located the endangered uaʻu at the nesting site in May 2021. 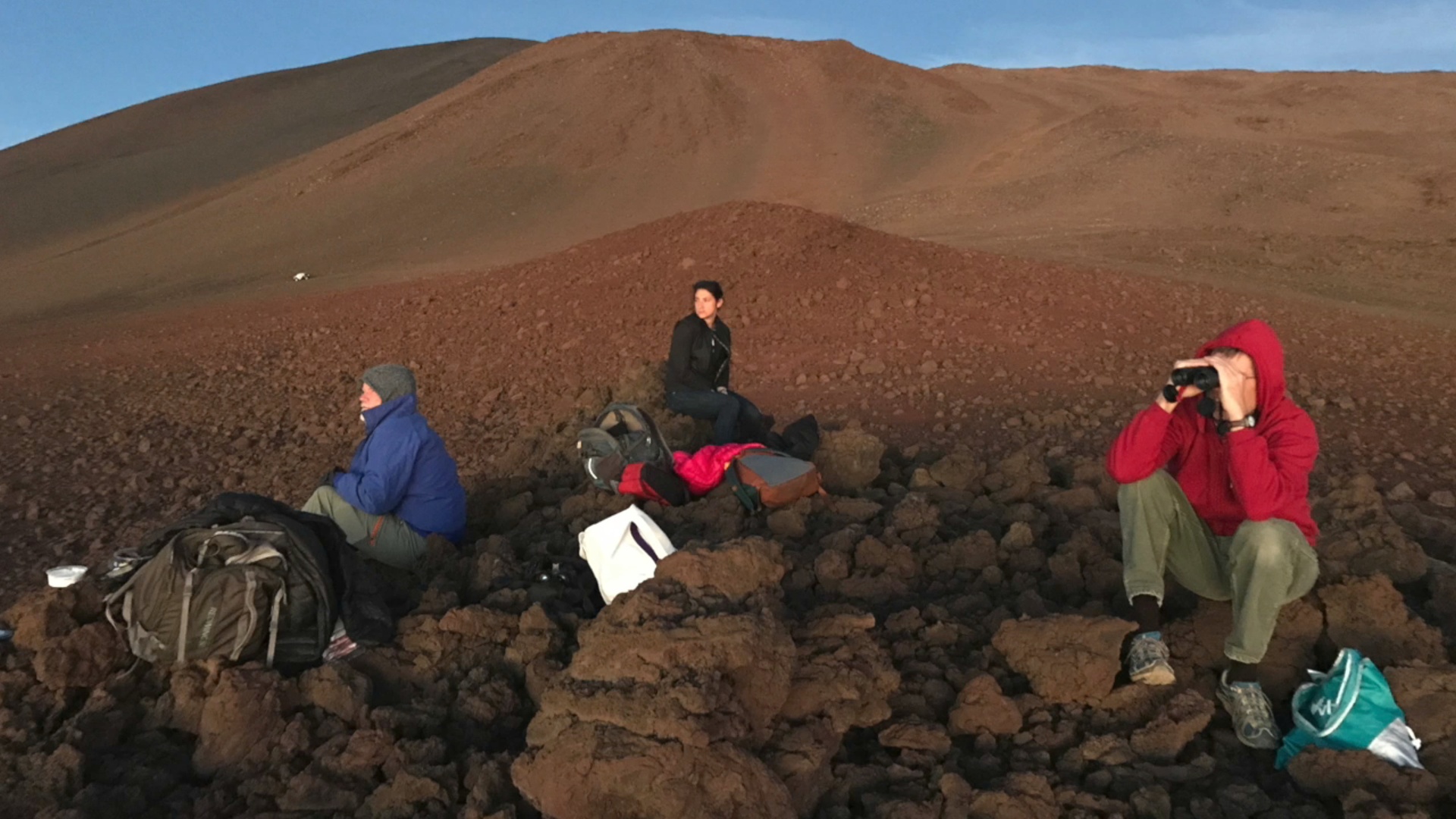 (BIVN) – For the first time in more than 60 years, the ʻuaʻu has been observed on Maunakea.

University of Hawaiʻi at Hilo researchers located the endangered native seabird, and shared these images taken at the nesting site in May 2021. The rare bird has not been recorded on the mountain since 1954.

“When we saw them for the first time it was almost a moment of disbelief,” said conservationist and UH-Hilo alumnus Bret Nainoa Mossman. “Because for me, we had been looking for them for so long that they were kind of like this ghost that we were just chasing on the mauna. To actually see them just like really connected the dots and really cemented how important what we were doing really is.”

Bret Mossman gave a presentation on the effort to find the seabird on Maunakea back in 2019, when audio of the endangered species was first recorded.

According to the university, the birds forage at sea and fly inland after sunset to build underground nests in higher elevation areas throughout the Hawaiian Islands. They are currently listed as an endangered species under state and federal policies.

Using sound recorders, infrared and thermal imagery, researchers scanned remote locations, looking for the rare creature. Flight activity was first detected in April 2021, which was followed by the discovery of a nest burrow. Traps were set up to deter predators such as cats and mongoose. The Department of Land and Natural Resources has provided predator traps and a camera to capture ʻuaʻu activity.

UH Hilo researchers will continue their work on Maunakea through the end of the year. “We found the birds now it’s up to us to make sure that they stay there,” said Mossman, “and they thrive and if we can do that we can restore both their ecological function and their cultural function given enough time.”