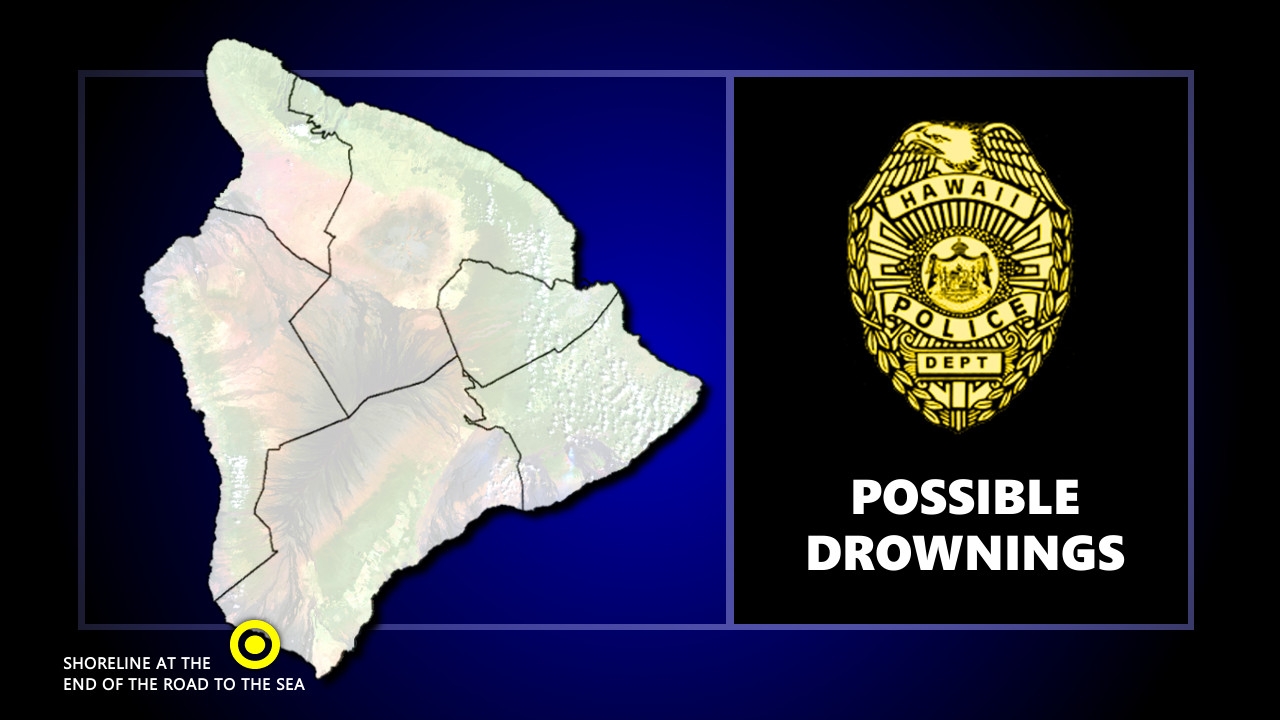 KAʻŪ, Hawaiʻi - Two men were swept into the ocean while one was fishing along the remote shoreline at the end of the Road to the Sea.

(BIVN) – Two Kona men died following a possible drowning incident that occurred along the shore of the Kaʻū district on Friday, police report.

From the Hawaiʻi County Police:

On Friday, July 9, 2021, at 10:56 p.m., police, Hawai`i Fire Department, and US Coast Guard personnel responded to a report of a 42-year-old man who fell into the ocean while fishing along the remote shoreline at the end of the Road to the Sea.

At 3:24 a.m. on Saturday, July 10, Coast Guard helicopter personnel located both men unresponsive in the ocean. They were flown to the Miloli‘i boat ramp, before being taken to Kona Community Hospital where they were pronounced dead at 7:05 a.m.

The victims were identified as 42-year-old Patrick Fuga of Hōloaloa and 39-year-old Petelo “Lo” Finau, of Kailua-Kona.

Police have opened a coroner’s inquest investigation in connection with this incident and have ordered an autopsy to determine the cause of death.