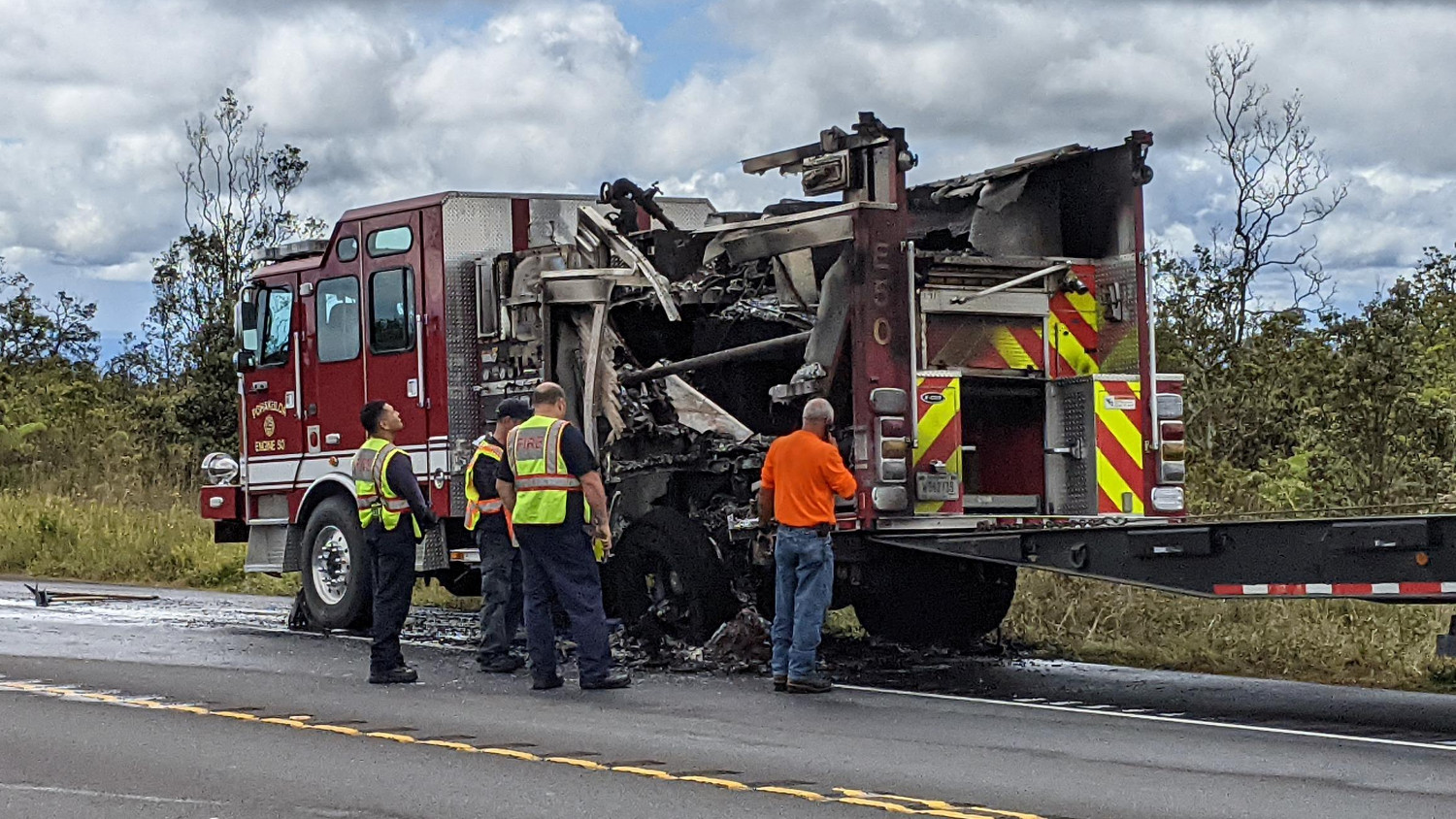 HAWAIʻI ISLAND - No injuries were reported in connection with the Pōhakuloa Training Area fire engine blaze on the Daniel K. Inouye Highway. 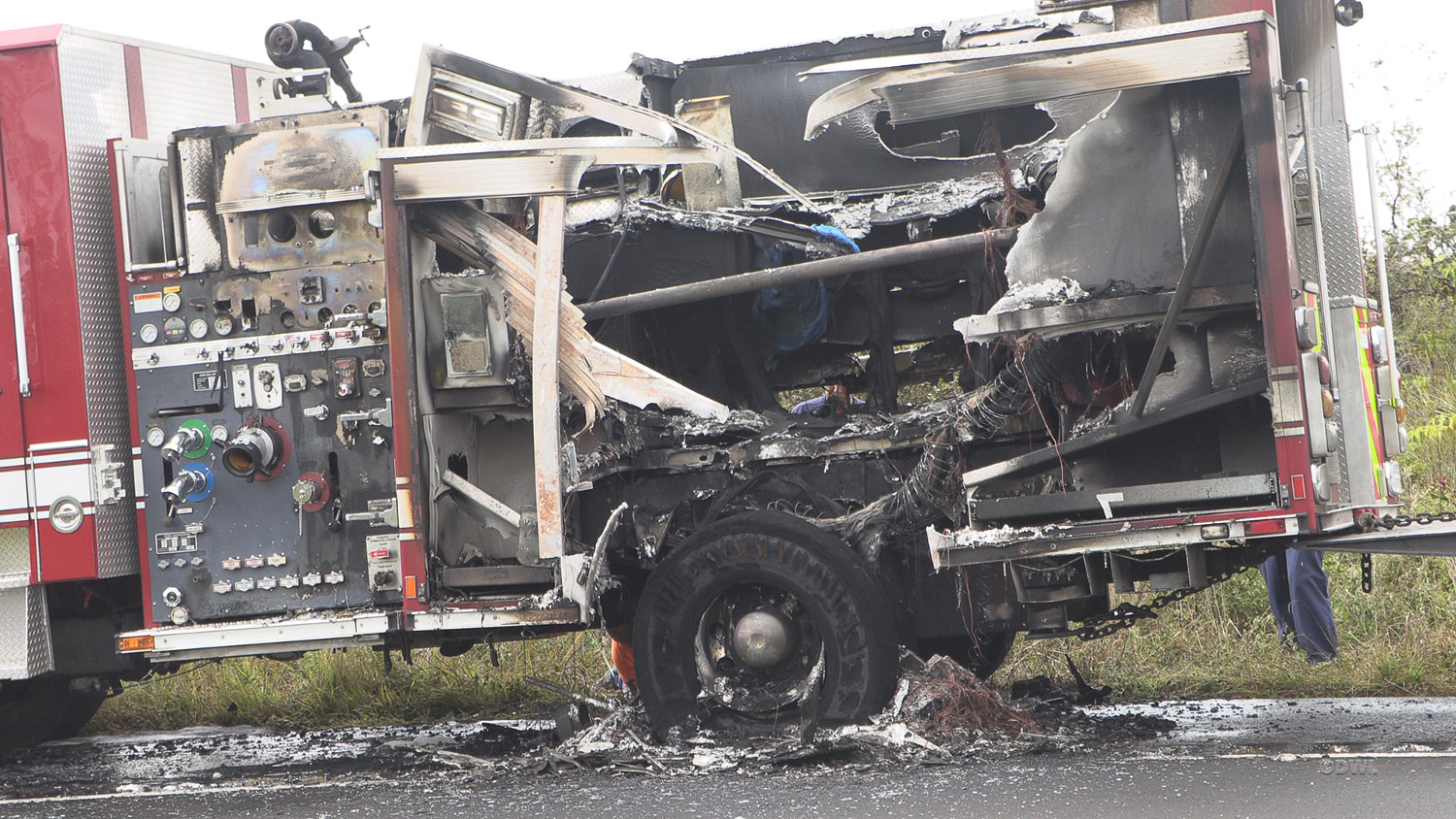 According to a Hawaiʻi County Fire Department news release, firefighter from the Kaumana district responded to the alarm at 7:53 a.m. Upon arrival, they found the Pohakuloa fire engine 50% involved, and worked to extinguish the blaze without incident.

Approximately 1,000 gallons of water with Class A foam was used to extinguish fire, the County reported. The cause of the blaze appeared to an overheating of the brakes. PTA later confirmed the cause in an online update.

“As part of routine maintenance, the Pohakuloa Fire Department was moving one of their fire trucks (Engine 50) to Hilo for a pump test,” reads an official post to the Pōhakuloa Training Area Facebook page. “Going downhill on Highway 200 (Daniel K. Inouye Highway), the brakes seized and overheated, causing the brake pumps to catch fire and with quick action by the firefighters, the situation was quickly under control.”

“There are no injuries and an investigation has begun,” the social media post stated. “The PTA command sends a big mahalo to the public for their awareness and concern. Mahalo.”