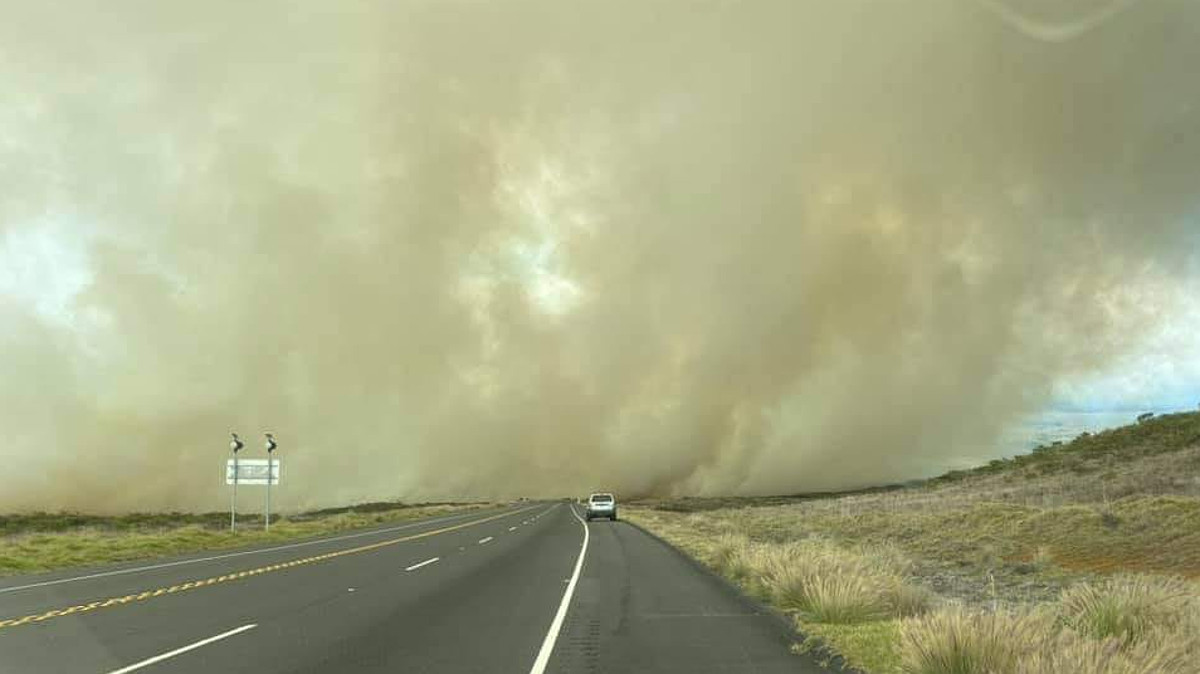 HAWAIʻI ISLAND - As of Saturday evening, the fire was reported to be approximately 400 acres, and was burning out of control.

(BIVN) – A brush fire forced part of the Daniel K. Inouye Highway to close on Saturday.

According to an update by the Hawaiʻi County Fire Department, the fire was approximately 400 acres in size by the evening, and continued to burn out of control near the 43.5 mile marker. The department also posted photos to Facebook showing the fire, like the one below. 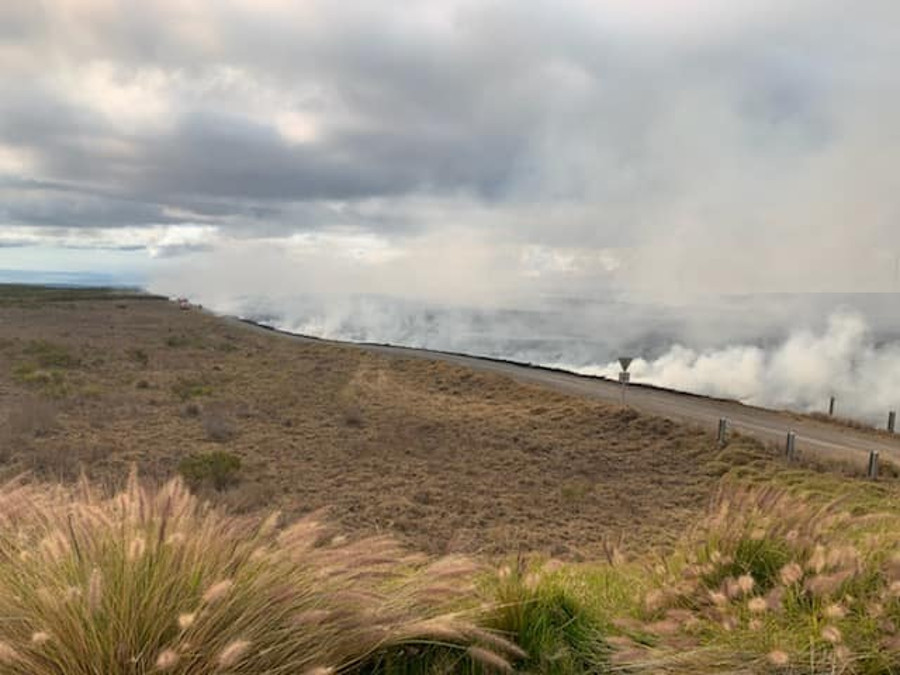 In a 3 p.m. message from the Hawaiʻi County Civil Defense, it was announced that the Daniel K. Inouye Highway was closed at the Highway 190 junction and the Old Saddle Road junction near the 41 mile marker. The highway was later reopened.

“Motorist in the area, please drive with caution as crews are on scene working the fire and conditions could change,” civil defense said.