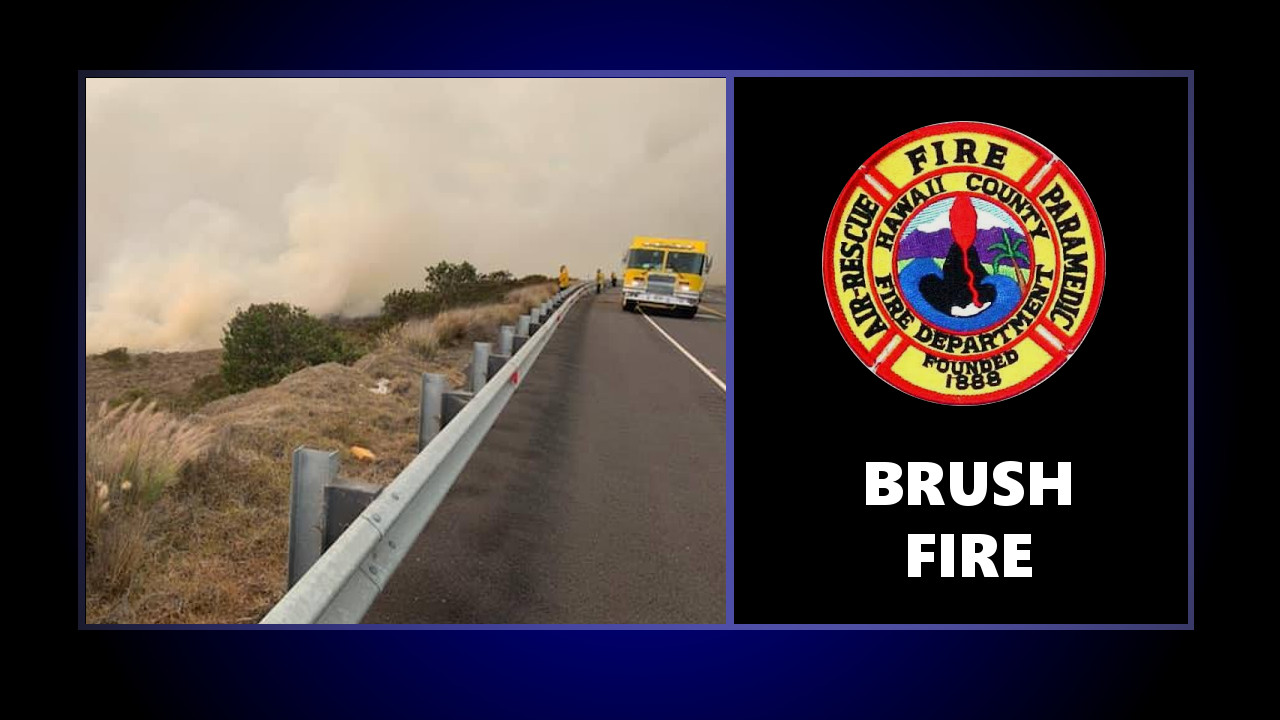 Graphic by BIVN with a photo of the fire taken July 17th by the Hawaiʻi Fire Department on Facebook.

(BIVN) – Crews continued to battle a brush fire burning along the Saddle Road area on Monday.

The Old Saddle Road, between the Daniel K. Inouye Highway junction and the Highway 190 junction, remains closed due to the fire response. A civil defense message stated at 2 p.m. HST. that “conditions will be reassessed tomorrow morning.”

“Motorists in the area please drive with caution as crews are on scene fighting the brush fire,” civil defense said.

According to an update from the Pohakuloa Training Area on Facebook, the fire is more than 90% contained “thanks to the team effort of Fire Fighters from PTA, HFD, 25th Combat Aviation Brigade and Department of Forestry and Wildlife (DNLR).” PTA Blackhawks were also doing water drops today, the social media account reported.

“Additionally, the team of first responders was able to preserve the Girl Scout Camp at Kilohana, along with other critical habitat areas nearby,” PTA wrote. “Crews are still on the scene monitoring hot spots, and the air crews remain on standby if needed.”

PTA reported approximately 2,000 acres have been affected by the blaze.