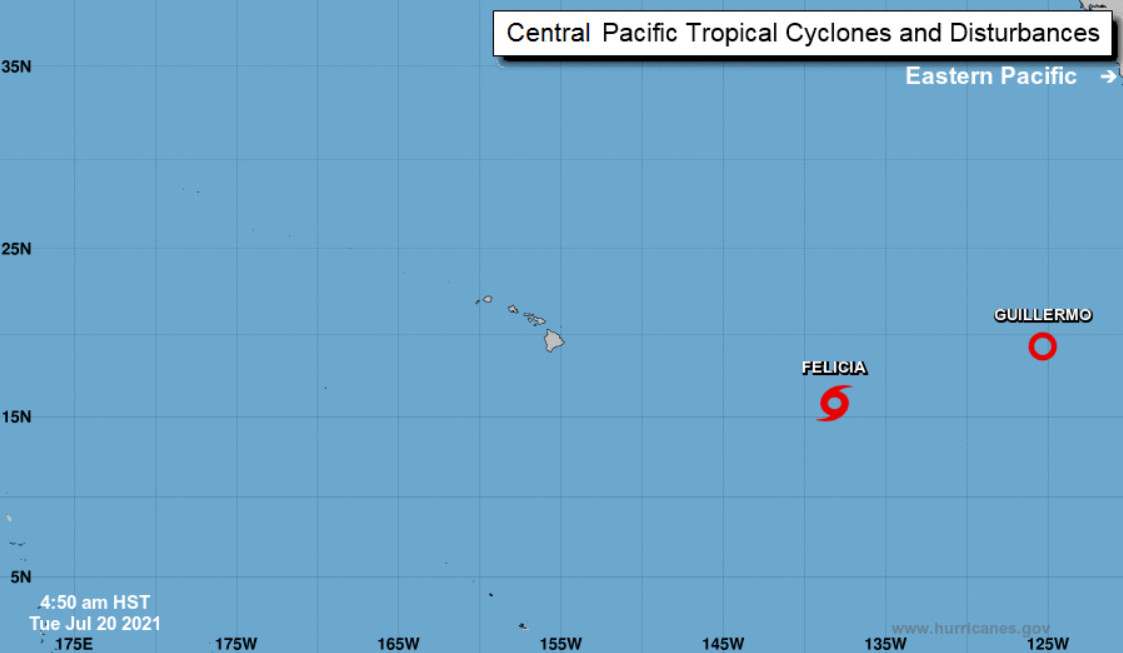 HAWAIʻI ISLAND - The National Hurricane Center says Felicia is fading fast, as it moves toward the west near 16 mph.

Felicia is moving toward the west near 16 mph, and the storm is fading fast. Felicia is likely to become a remnant low by tomorrow. 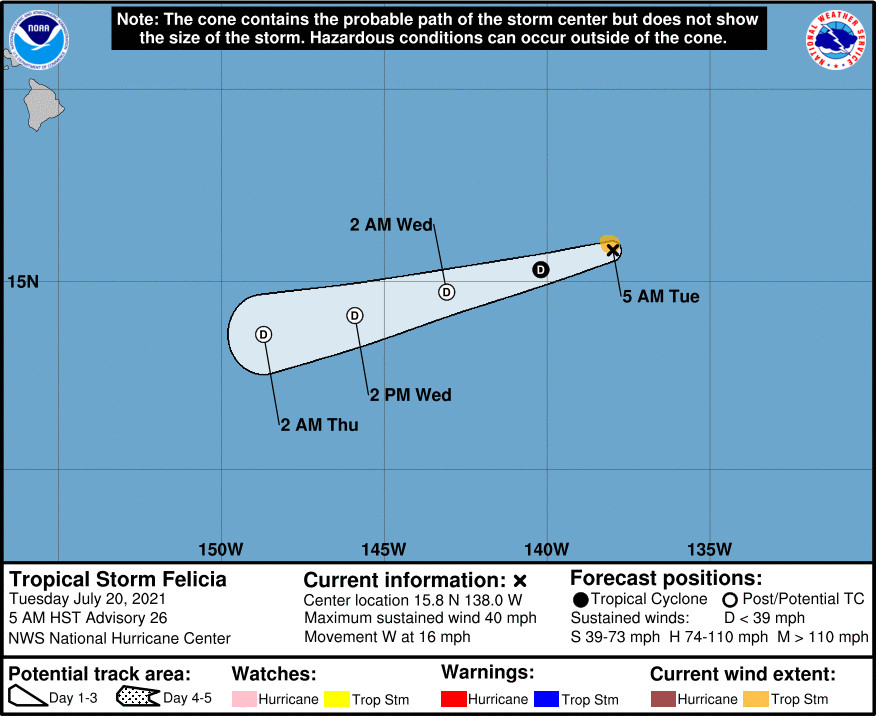 Behind Felicia, Tropical Depression Guillermo is 1,955 miles east of Hilo. Guillermo is expected to become a remnant low later today with dissipation in a few days.

Confidence is high that most of the increased moisture from the remnants of Felicia will pass S of the islands toward the end of the week, but some peripheral moisture may increase trade showers Thursday into Friday. The resulting tightening pressure gradient may lead to trade wind speeds increasing slightly. A more significant slug of low-level moisture, associated with the remnants of Guillermo, may be near the islands late next weekend. An associated surface trough may lead to weaker winds as it loosens the local gradient.