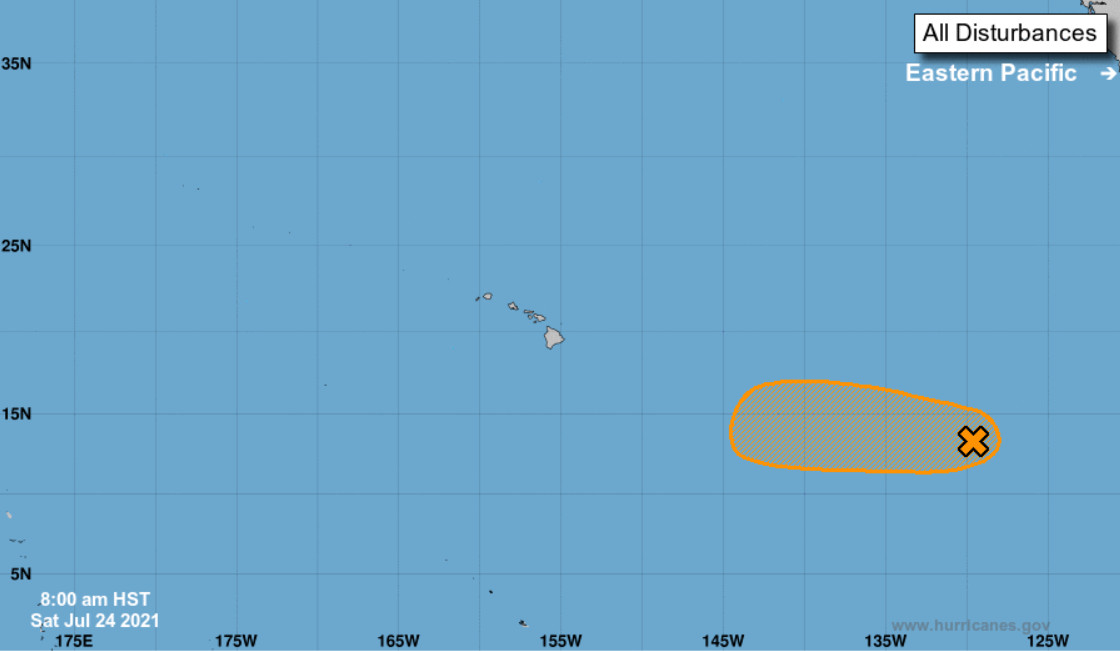 HAWAIʻI ISLAND - An area of low pressure about 1,700 miles east-southeast of Hilo could become a tropical depression later this weekend or early next week, forecasters say.

(BIVN) – A concentrated area of showers and thunderstorms approaching the Central Pacific could become a tropical depression later this week, but it is not likely to strengthen as it passes south of the Hawaiian islands.

The Central Pacific Hurricane Center in Honolulu says a broad area of low pressure located about 1,700 miles east-southeast of Hilo “has become a bit better organized, but the system currently lacks a well-defined low-level circulation,” as of a Saturday morning update.

“Environmental conditions are forecast to be conducive for further development,” the forecasters stated, “and this system could become a tropical depression later this weekend or early next week before reaching cooler waters while moving westward at 10 to 15 mph.”

“As we head into the middle of the week, the forecast continues the more typical trade winds showers,” the National Weather Service in Honolulu wrote on Saturday morning. “However a disturbance may pass south of the islands, which could once again tighter the pressure gradient over the islands.”

Elsewhere, no tropical cyclones are expected during the next 5 days.

This story has been edited to clarify the area of low pressure is not yet in the Central Pacific.