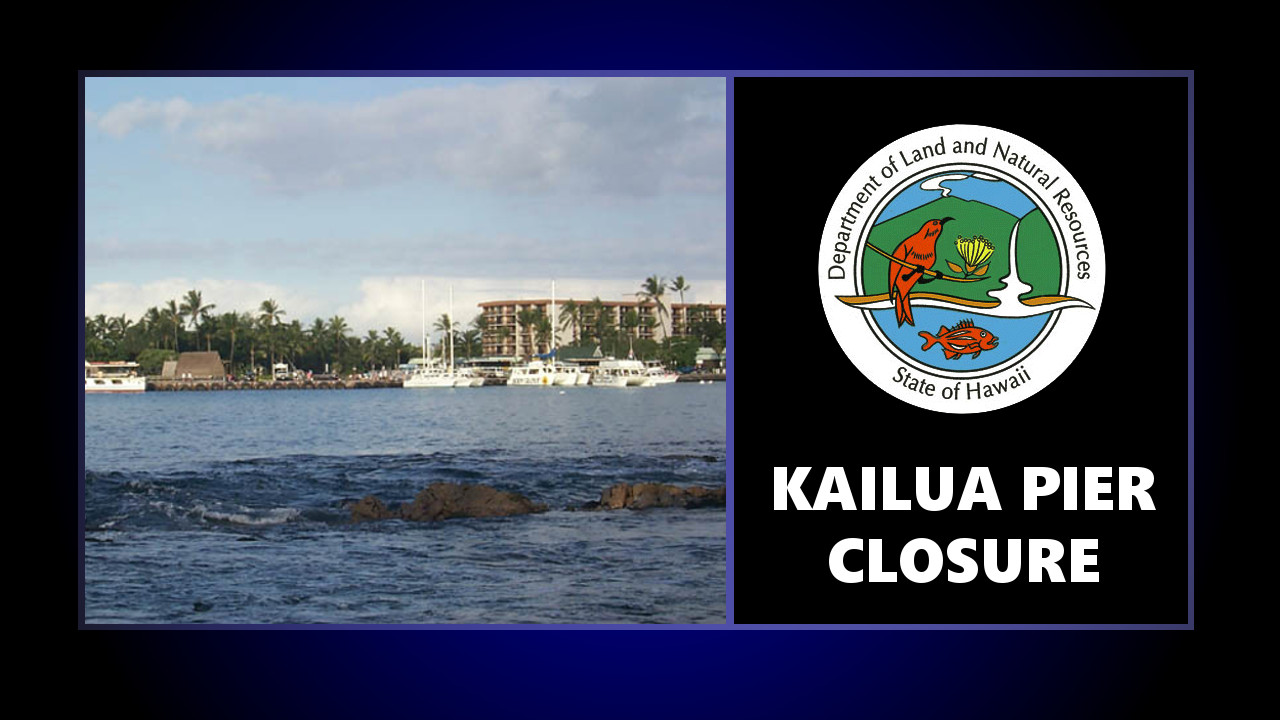 graphic by BIVN, photo of Kailua Pier by Hawaiʻi DLNR

KONA, Hawaiʻi - The State of Hawaiʻi says the closure follows a large number of community complaints about illegal conduct on the pier.

(BIVN) – The State of Hawaiʻi says the temporary closure of the Kailua Pier begins on Wednesday, July 28.

The Kona pier will be shut down daily from 10 p.m. to 5 a.m. The Hawaiʻi Department of Land and Natural Resources says entering the pier will be prohibited during the closure. People violating the closure can be cited, fined, or arrested, officials say.

In April, the DNLR Division of Boating and Ocean Recreation says it requested community comment after receiving a large number of complaints about conduct on the pier. “More than 90% of the comments supported the temporary measure,” a DLNR news release stated. “Reducing illegal conduct will help restore the pier as the unique historic and cultural resource it has represented for generations of residents and visitors.”

State officials “assessed events and conditions at the pier on a daily basis, initially employing less restrictive management practices to keep the pier open.” However, there has been increasing complaints about vandalism and other illegal activity, which has led to repeated bathroom closures during the day. “Ultimately, it was determined that only a temporary closure could apprehend the array of illegal conduct being encountered,” the DLNR news release says.