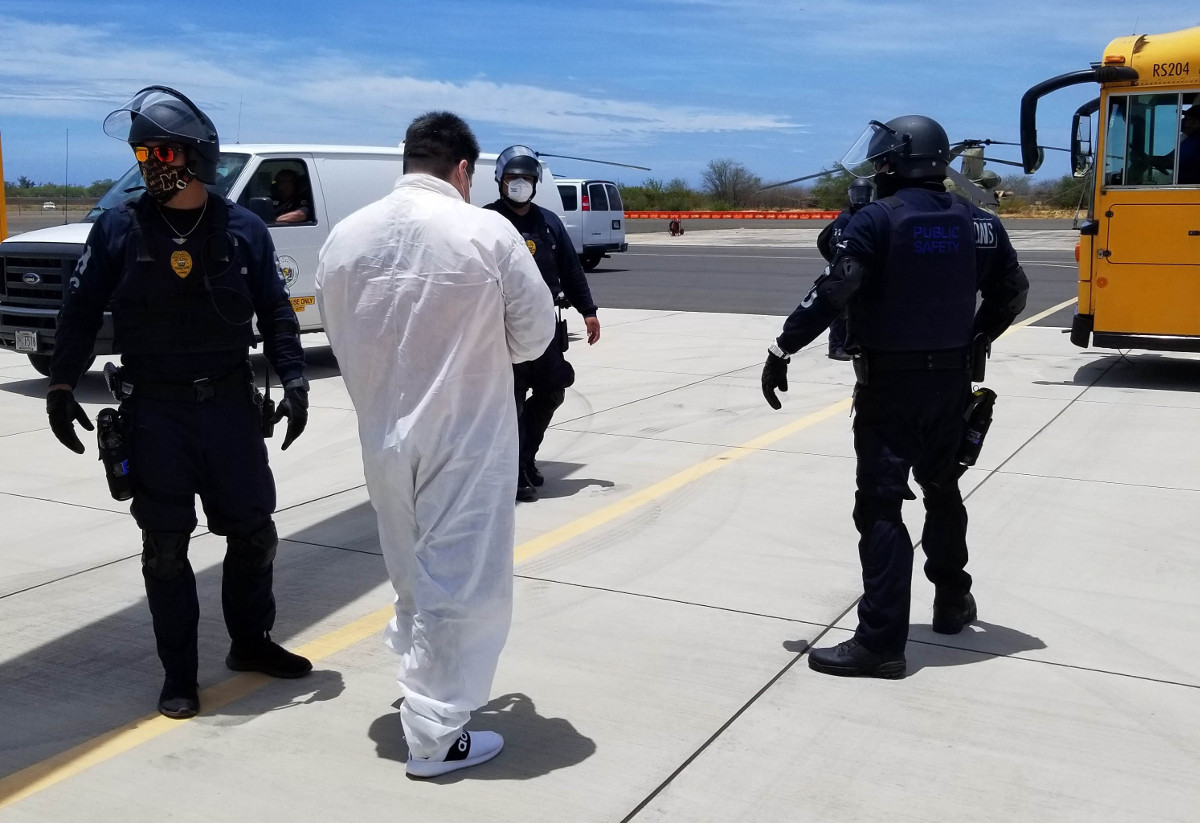 HCCC Inmates Transferred To Oʻahu Due To Overcrowding

From the Hawaiʻi Department of Public Safety:

In an effort to alleviate some overcrowding at the Hawaii Community Correctional Center (HCCC), the Department of Public Safety (PSD), with the assistance of the Hawaii Army National Guard (HIARNG), transferred 40 sentenced felons from the Hilo jail and Kulani Correctional Facility (KCF) to the Halawa Correctional Facility (HCF) on Oahu. The HIARNG transported the inmates on two CH-47F helicopters earlier today without incident. Several adult corrections officers and deputy sheriffs provided in-flight and ground transport security.

“The Hawaii National Guard has worked with the Department of Public Safety throughout the COVID-19 pandemic,” said Maj. Gen. Ken S. Hara, Adjutant General, Hawaii National Guard. “This is an example of one state department successfully partnering with another. This transport mission is critical to reduce the spread of COVID-19 in Hawaii’s prison system.”

“Moving these sentenced felons helped to free up more space for the pre-trial custodies at HCCC,” said PSD Director Max Otani. “We couldn’t have done this without the coordination and collaborative relationship with our federal, executive and judicial partners.”

Tommy Johnson, Deputy Director for Corrections added, “The National Guard and PSD’s Deputy Sheriffs, along with ACOs and health care staff from OCCC, HCF, HCCC and the Kulani Correctional Facility all worked together to provide a successful and safe air and ground transport. I want to give a big Mahalo to everyone for all their hard work and for helping to expedite this necessary transport.”

The Hawaiʻi Department of Public Safety says “only inmates who have been vaccinated, and/or tested negative prior to transport, and deemed medically cleared to travel, were considered.” Halawa reportedly placed the newly admitted inmates in an intake quarantine, which is in line with the department’s Pandemic Plan.

The action follows an outbreak of COVID-19 at the Hilo jail that occurred a few months ago. The outbreak appears to have subsided and on Tuesday the department reported 6 negative inmate test results at HCCC.

The department says it continues to encourage all staff and inmates to voluntarily receive the COVID vaccination.