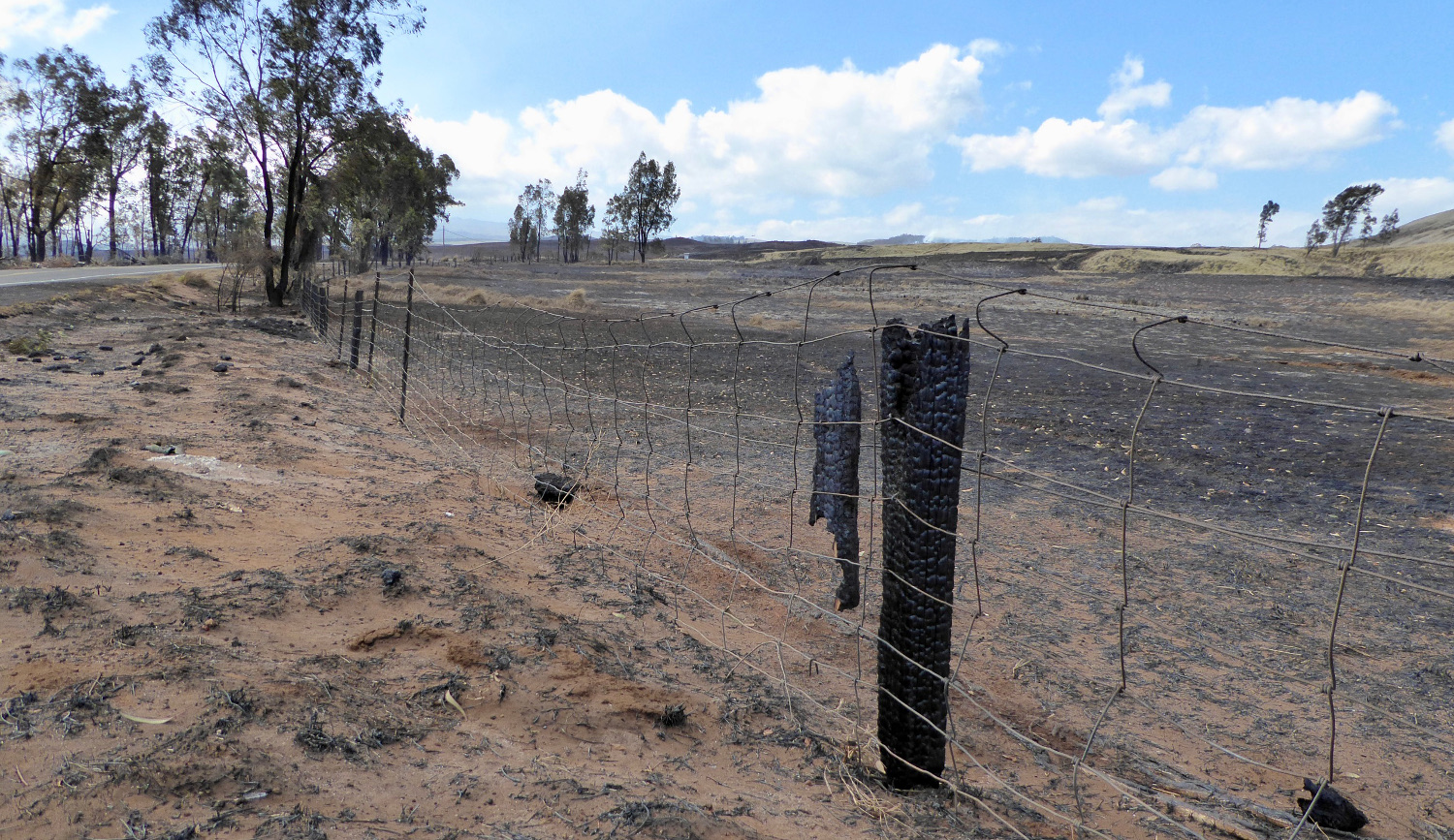 HAWAIʻI ISLAND - Governor David Ige on Wednesday signed an emergency declaration for the County of Hawai‘i to respond to the 40,000-acre wildfire.

(BIVN) – The 40,000-acre Mana Road brush fire was 95% contained as of Wednesday, Hawaiʻi County officials reported. Governor David Ige also signed an emergency declaration for the County of Hawai‘i, even as the threat from the brush fire is diminished.

The declaration helps officials to respond to the incident “which has caused and is causing damages, losses, and suffering of such character and magnitude to affect the health, welfare, and living conditions of a substantial number of persons, and to affect the economy of the State,” the Governor’s office said in a news release.

“The emergency declaration allows the governor to activate the Major Disaster Fund and spend state funds as appropriated to protect the health, safety and welfare of residents and visitors in the County of Hawai‘i,” the State of Hawaiʻi media release explained. “The declaration supports the state’s efforts to provide quick and efficient relief of suffering, damage, and losses caused by wildfires.”

The disaster emergency relief period is effective immediately and continues through October 1, 2021.

“Over 140 individuals risked their lives to fight the fire, protect home and lives, and save critical native habitat,” Hawaiʻi County Mayor Mitch Roth wrote on Facebook. “Every resource available was put in motion to battle the largest blaze in our islandʻs recent history. We cannot thank those brave men and women, our public partners, and the private sector enough for their willingness to drop everything to help us contain this fire.”

“A special mahalo needs to be said to the hundreds of community members who banned together to provide meals to our first responders, gather supplies to those in need, and be there for those who lost their homes,” Mayor Roth said. “The work and courage that went into this operation cannot be understated.”