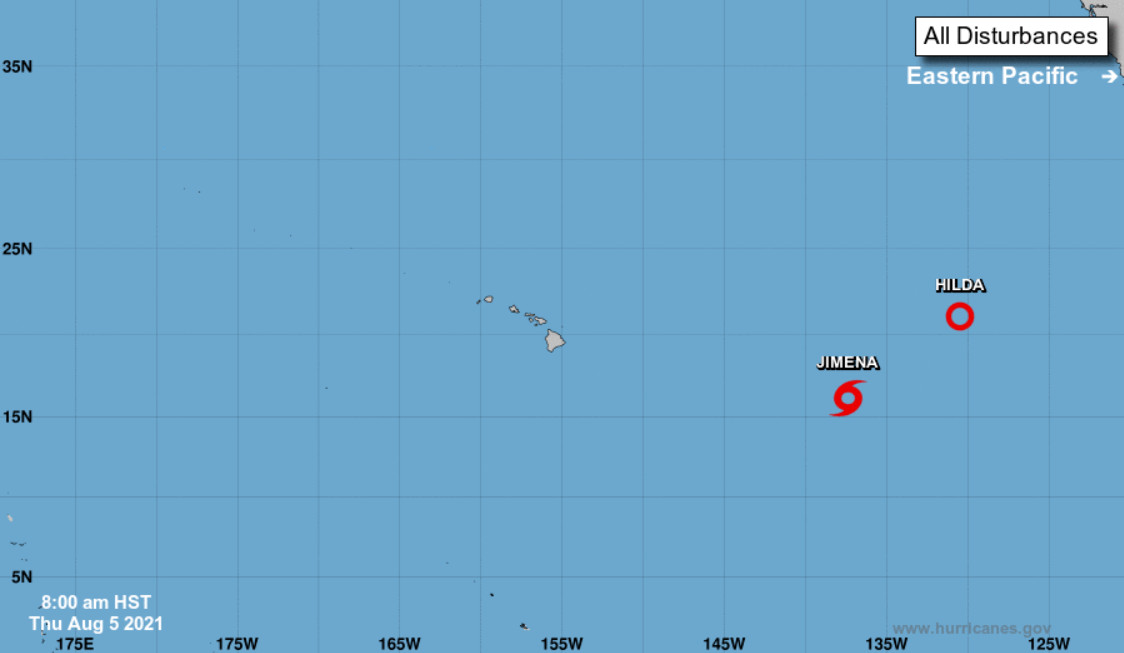 HAWAIʻI ISLAND - Although both storms are expected to degenerate far from Hawaiʻi, the National Weather Service says we could see an increase in showers around the middle of next week.

(BIVN) – The National Hurricane Center is tracking tropical activity over the Pacific east of Hawaiʻi, but it is not expected to substantially impact the islands.

Hilda, which has already weakened to a tropical depression, is expected to weaken further today. Hilda is expected to degenerate into a remnant low by late tonight or early Friday. 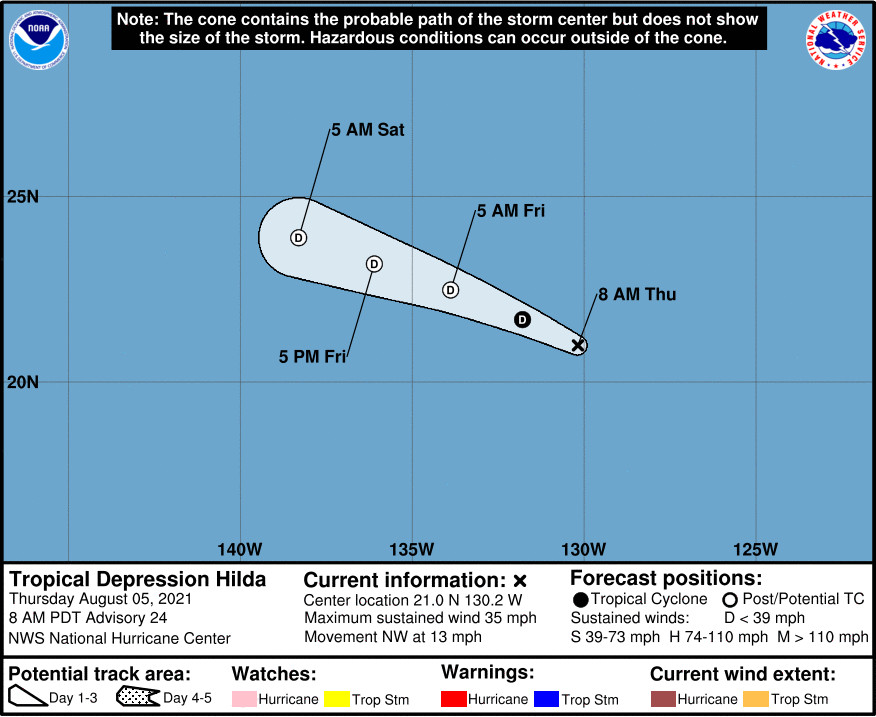 Meanwhile, Tropical Storm Jimena continues on a northwestward track with little change in strength. Jimena is expected to become a depression by Friday evening and degenerate into a post-tropical remnant low early Sunday. 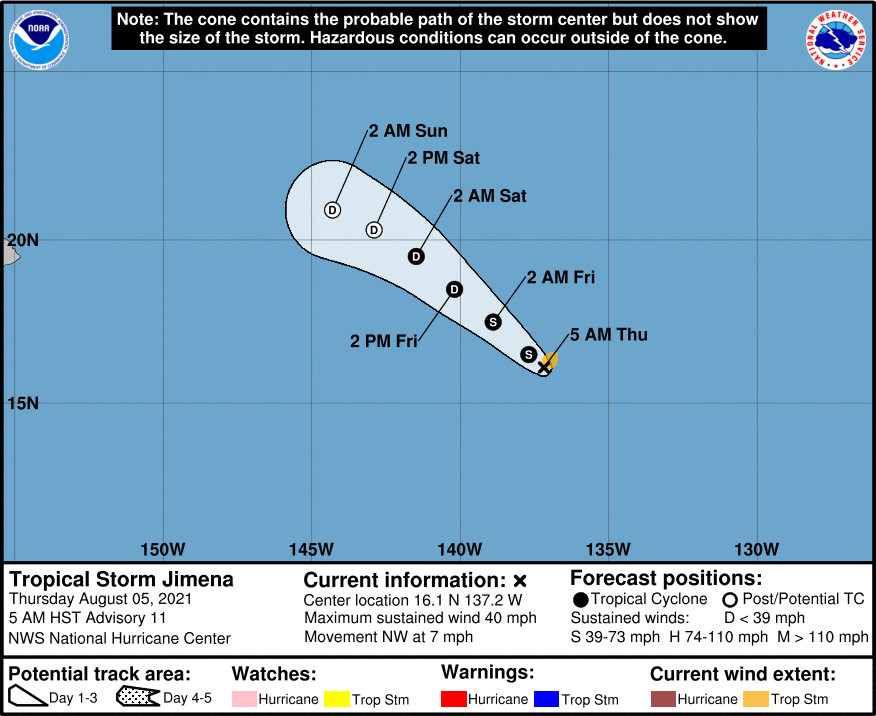 As far as any effect the storm systems may have on Hawaiʻi, the National Weather Service said on Thursday morning the “depending on the eventual trajectory of the increased low-level moisture associated with the aforementioned dissipated tropical cyclones, we could see some increase in showers around the middle of next week, but we could just as easily end up seeing the bulk of the moisture passing N of the islands.”

Farther to the east, the National Hurricane Center is watching a broad area of low pressure that is expected to develop a few hundred miles offshore of the southwestern coast of Mexico by Sunday. “Environmental conditions are forecast to be conducive for some gradual development thereafter, and a tropical depression could form early next week while the system moves west-northwestward at 10 to 15 mph, parallel to and offshore of the coast of southwestern Mexico.”