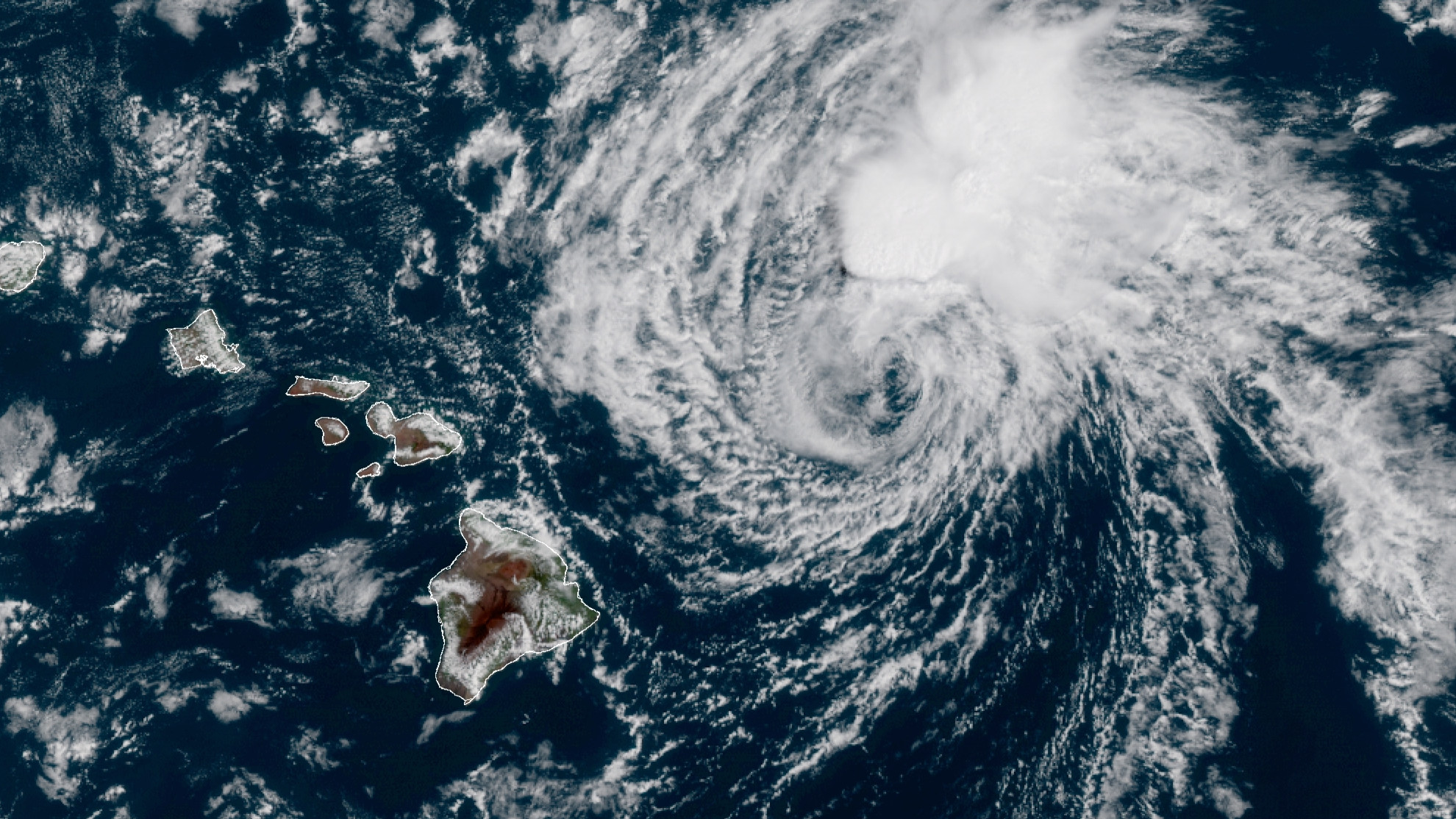 HAWAIʻI - The National Weather Service in Honolulu says that locally up to 10 inches of rain is possible should thunderstorms develop.

(BIVN) – East-facing shores across the State of Hawaiʻi are now under a High Surf Advisory to go along with the Flash Flood Watch already in effect, as the remnants of former Tropical Cyclone Linda are expected to move through the islands between today and Monday night.

Once a hurricane, the remnants of Linda are bringing “the potential for heavy rains that may result in flash flooding, and accompanied by locally breezy winds,” the National Weather Service says. “The weather is expected to improve with a return to a more trade wind pattern starting Tuesday, and lasting through the second half of the week.”

Forecasters say surf along east facing shores will steadily increase as the swell from the former tropical cyclone fills in from east to west. Surf will likely peak later today into Monday, rising to 6 to 10 feet.

At 3:52 a.m. HST on Sunday, the National Weather Service wrote:

A flash flood watch remains in effect for all Hawaiian Islands through 6am HST Tuesday morning. The overall expectations remain largely unchanged, that is generally 2-4 inches, with locally higher amounts, to 6 inches is forecast for the windward areas. Locally up to 10 inches is possible should thunderstorms develop. The weather will be deteriorating east of Kauai today, particularly the Big Island and Maui later this morning, then the rest of Maui County this afternoon, followed by Oahu tonight. It could be an all day event for Oahu on Monday, while the weather spreads to Kauai Monday afternoon. Most of the unsettled weather should be west of Kauai by sunrise Tuesday, with a return to a more typical trade wind weather for the rest of the week.

The path of Linda’s remnants is critical as far as winds are concern. Should Linda cuts across leeward Maui County, the islands will be on the windy side of the system. Should Linda stays slightly north of the smaller islands, it will not be so windy. The current wind grids have breezy east to northeast winds traversing islands and the windward waters. So, a Wind Advisory is not out of the question at this time.

The current forecast has Linda’s circulation reaching Maui shortly after midnight tonight, and passing just south of Oahu Monday afternoon. From that point on, the circulation of Linda becomes a trough as it passes Kauai Monday night.

As of 200 am HST, satellite imagery shows the circulation of former TC Linda about 225 miles ENE of Hilo. It is moving west at 10 mph. The remnants of Linda has been voided of any deep convection since Saturday afternoon. So far, the trade showers have been scattered, with windward Big Island the wettest, and Oahu and Kauai, the driest, although radar is picking up a few trade showers just upwind of Oahu.

The Hawaiʻi County Civil Defense said “all residents in flood prone areas are asked to take steps to mitigate flood waters on their property and to remain alert for flooding conditions. Be prepared to take action if a Flood Advisory or Warning is issued.”