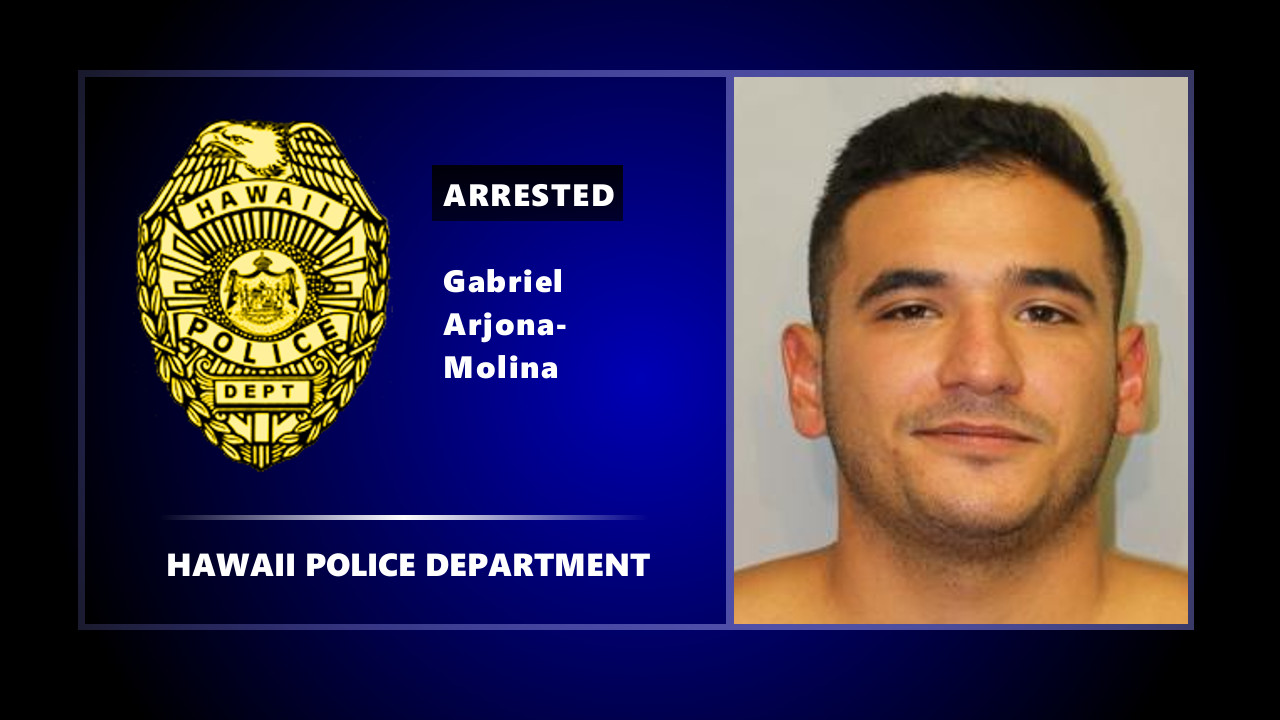 Man Arrested For Attempted Theft Of Airplane In Hilo

HILO, Hawaiʻi - Police say the suspect was able to enter the cockpit of the Beechcraft King Air C90A aircraft and start both engines, before he exited the plane.

(BIVN) – A Venezuela man has been arrested and charged for the alleged attempted theft of an airplane from the Hilo International Airport.

Hawai‘i Island police have arrested and charged 24-year-old Gabriel Arjona-Molina of Venezuela with attempted theft and other related offenses after he attempted to take an aircraft from the Hilo International Airport.

On Friday August 27, 2021, around 1:30 p.m., a South Hilo patrol officer was flagged down by a witness who stated that a vehicle crashed through the fence at the Hilo International Airport. The vehicle driver then parked next to a fixed-winged single engine aircraft, exited the vehicle, and attempted to manually spin the aircraft’s propeller.

The suspect, later identified as Arjona-Molina, then approached a Beechcraft King Air C90A aircraft parked on the ramp. He gained access to the aircraft via the pull-down hatch and entered the cockpit where he was able to start both engines before exiting the plane. Officers arrested him at the scene shortly thereafter and transported him to the Hilo police station.

Arjona-Molina is a Venezuelan national who has been on Hawai‘i Island for approximately two months.

Arjona-Molina’s initial court appearance was today where his bail was maintained and he is currently being held at Hawaii Community Correctional Facility.