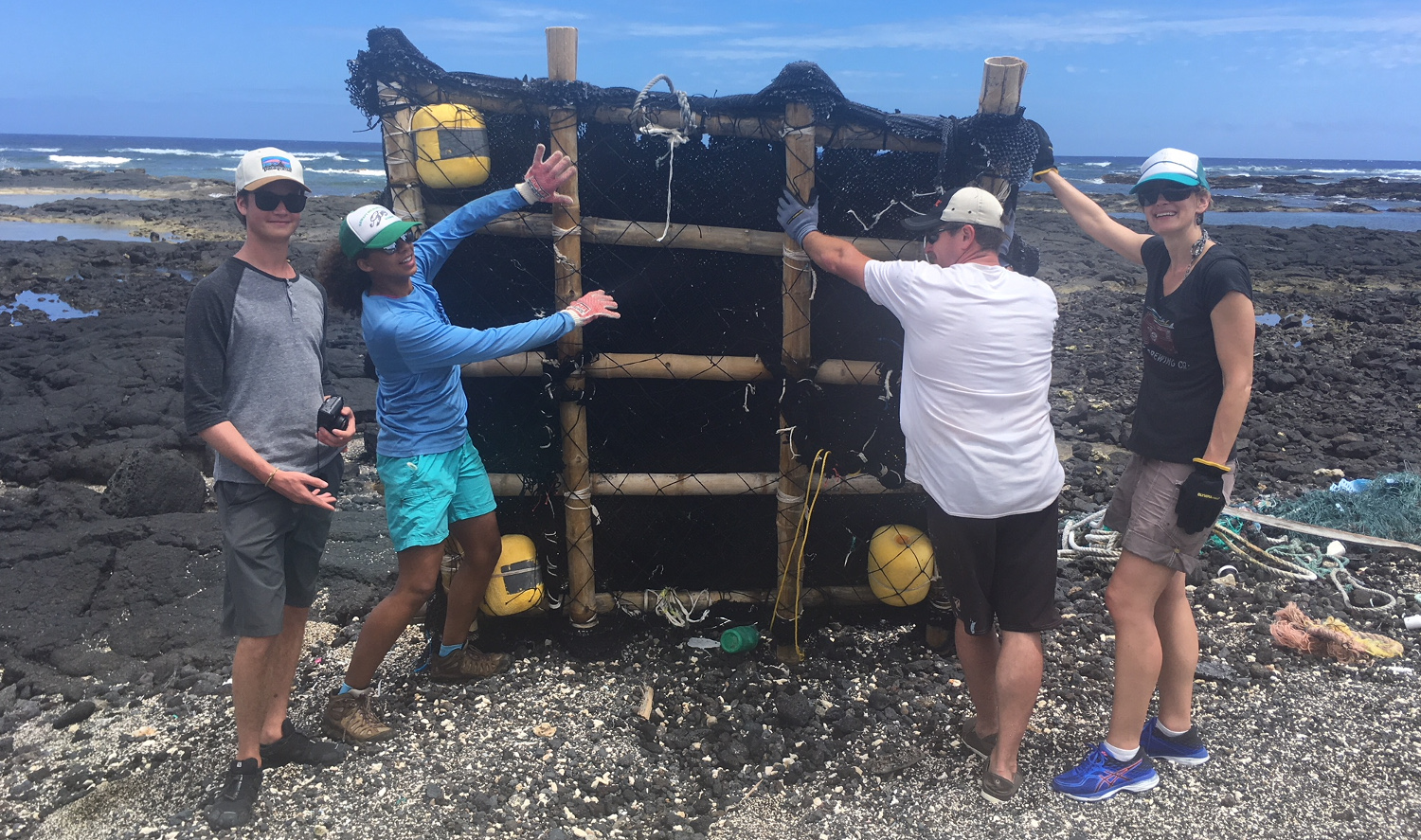 KONA, Hawaiʻi - The DLNR is raising awareness of FADs - fish aggregating devices - that are washing up along Hawaiʻi coasts. 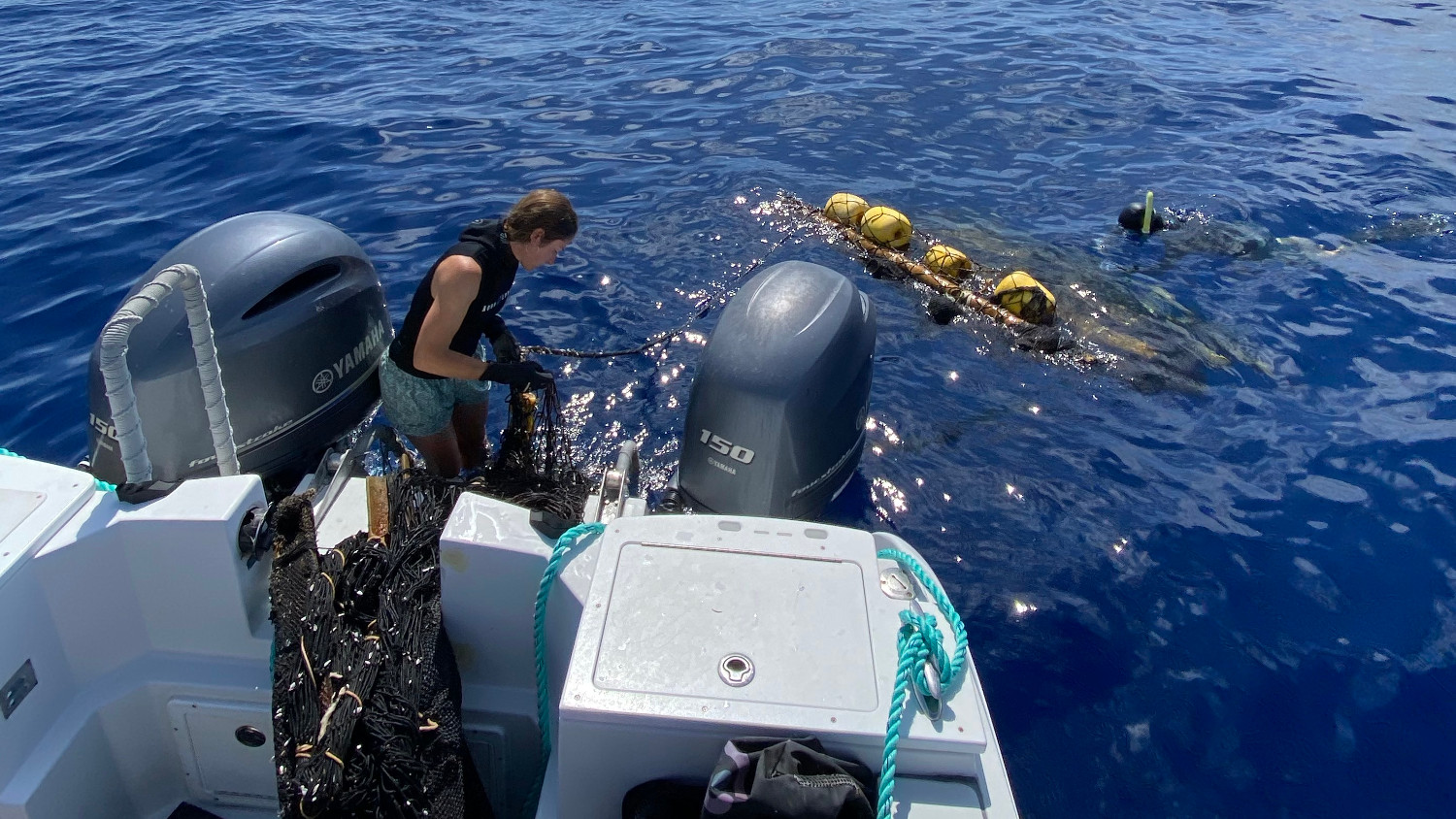 (BIVN) – The Hawaiʻi Department of Land and Natural Resources has identified a “new marine debris item of concern”, and on Tuesday the DLNR shared this news release on “FADs”:

Marine debris comes in many shapes and sizes, but there are certain types of debris items that are more hazardous than others to boaters and aquatic wildlife. In recent years, Hawai‘i has been experiencing an uptick in the amount of foreign and domestic fish aggregating devices, or “FADs”, adrift in nearshore waters and washing up along our coasts. FADs can be made from a variety of natural or manufactured materials including bamboo, plastic pipes, mesh nets or lines, and buoys. FADs are deployed both legally and illegally by fishers and the fishing industry in various parts of the world’s oceans to attract schools of fish with these floating debris objects.

The state has installed and maintained the Hawai‘i FAD program since 1980 to attract sportfishing species to FADs deployed offshore around the main Hawaiian Islands. The Hawai‘i FAD program is currently operated by the Hawai‘i Institute of Marine Biology (HIMB), the School of Ocean and Earth Science and Technology (SOEST), and the University of Hawai‘i in cooperation with the DLNR’s Division of Aquatic Resources (DAR). These buoys attract schools of tuna and other important pelagic fishes, such as dolphinfish (mahi-mahi), wahoo (ono), and billfish. These local FADs (which are large yellow metal buoys with a lighted top pole) have limited entanglement potential for aquatic wildlife and help fishermen to better locate and catch targeted fishes. They are anchored in deep water and shouldn’t drift; however, they may break free from their chains on occasion.

Private or fishing industry FADs are not legally deployed in Hawai‘i state waters, but this type of fishing gear and practice is legal elsewhere, including the central Pacific. Fishing with drifting FADS or “dFADs” is a common practice within the purse-seine fishery (including the U.S. fleet), usually targeting dense schools of pelagic fish, such as sardines, mackerel, and tuna. According to Hank Lynch, with The Nature Conservancy and Makanakai Marine Services, the “purse-seine boats set these out to attract fish, then return to them via a satellite tracker buoy after some time and net the fish underneath.” Yet sometimes these dFADs will drift outside the feasible range of the fishing fleet or the GPS tracking devices will fail. These lost dFADs become derelict fishing gear, one of the most common and problematic categories of marine debris. Since the oceans have no tangible boundaries, dFADs and other gear items can find their way into state waters, where they’re more likely to impact boaters and wildlife. Floating and submerged components are hazards for navigation and entanglement, especially for marine mammals, birds, and turtles. 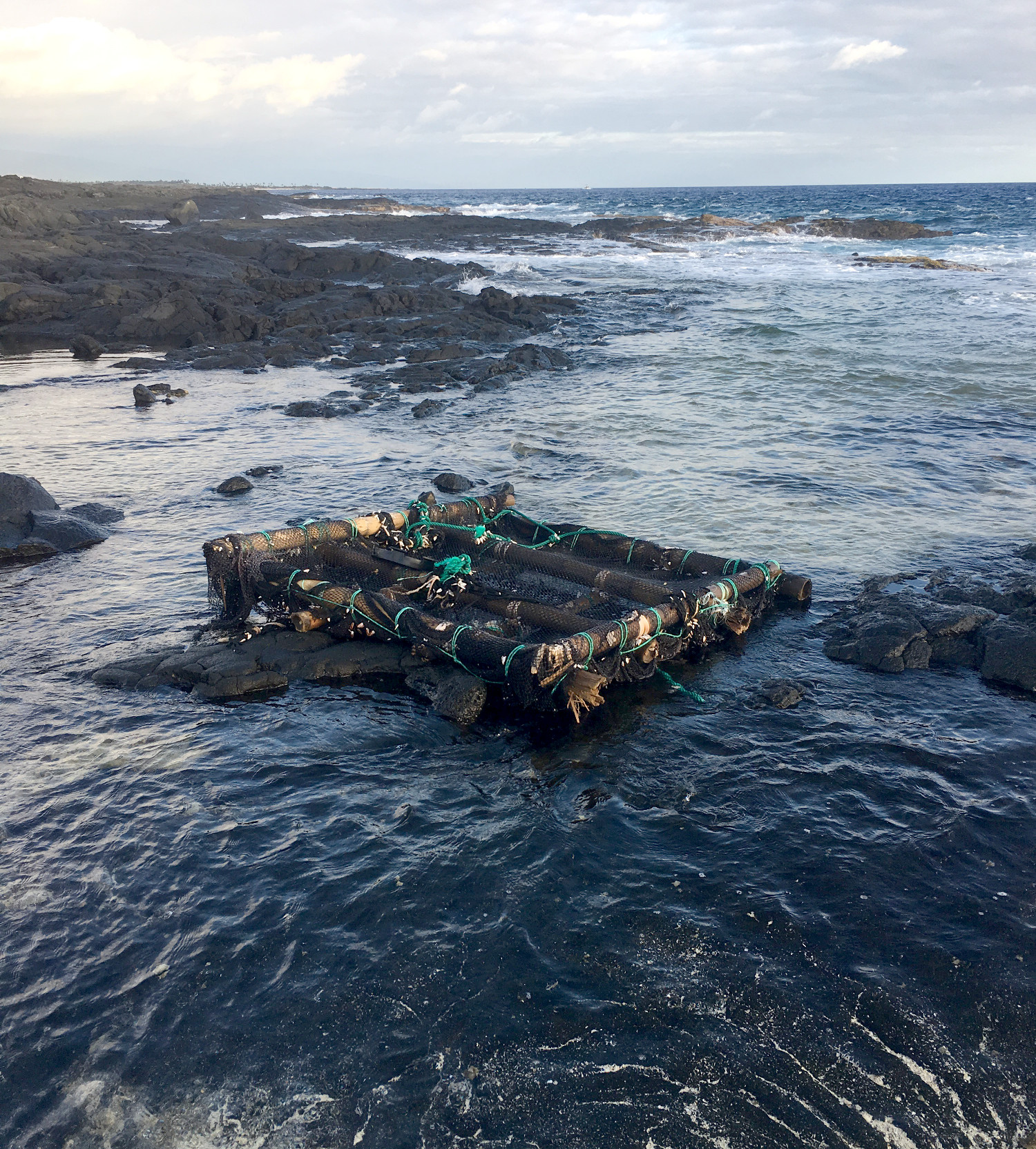 Unfortunately, these types of debris items are likely to continue showing up in Hawaiʻi’s waters. According to Lynch, these FADs are: “drifting into Hawaiian waters more frequently in recent years. Several organizations including Hawai‘i Pacific University’s Center for Marine Debris Research (CMDR) are working hard in collaboration with industry professionals to utilize existing satellite tracking technologies to track these FADs at sea as they approach Hawaiian shorelines, where you find one net at sea, you very often find many.”

On Hawai‘i Island alone, DAR Kona staff have documented 16 FADs since July 2015, with about half of them including a satellite tracking device. This is a concerning amount as each of these FADs has the potential to injure our native aquatic wildlife and transport invasive species into Hawai‘i. FADs are encountered by or reported to a wide variety of agencies and organizations, such as the U.S. Coast Guard, DLNR, and nonprofits with marine debris programs. This interisland network is key, as drifting marine debris requires a swift response if it’s to be removed before it becomes lost in the open ocean. Thanks to the support, research, and recovery efforts underway from nonprofit’s (e.g., Hawaiʻi Wildlife Fund, Sustainable Coastlines Hawaiʻi, Ocean Defenders Alliance), industry (Makanakai Marine Services, Blue Ocean Mariculture, etc.), academic, and government partners, the state understands the scope and severity of this issue and is working together to address it. Assistance from the public to identify and report marine debris remains one of the most valuable and efficient means to help cover the full extent of the islands.

Please report any large or hazardous marine debris items to DLNR on the marine debris response and removal reporting form or call the new statewide hotline at 1-833-4DA-NETS.