Video and photos courtesy the USGS Hawaiian Volcano Observatory. A synthesized voice was utilized in the narration for this story. 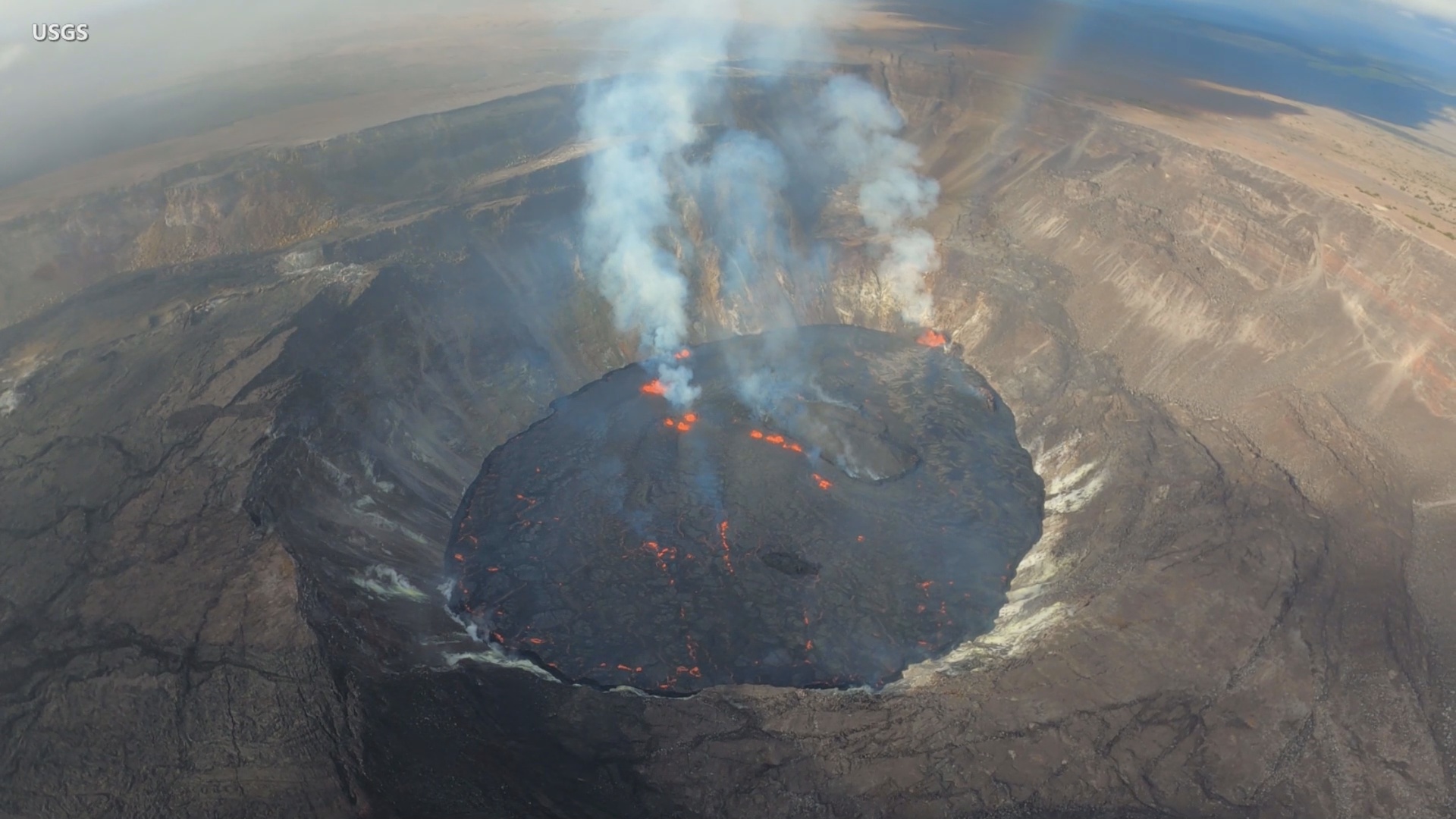 (BIVN) – The new eruption of Kīlauea volcano on Hawaii island continues, and the reactivated lava lake in the summit crater is slowly rising.

All activity remains confined to the summit area within Hawaiʻi Volcanoes National Park. Scientists with the USGS Hawaiian Volcano Observatory are tracking the activity, and took to the sky on Thursday for a bird’s eye view of the eruption.

As of Friday, lava continues to erupt from multiple locations on the base and west wall of the Halemaʻumaʻu crater, though the number of active vents has decreased over the past day. Overnight, field crews reported maximum fountain heights of 15 meters, or 49 feet, at the dominant vent on the west wall. Scientists say that at the start of the eruption, fountains reached heights equal to a five-story building.

Sulfur dioxide emission rates remain high and on Thursday were estimated at around 20,000 tonnes per day. This is significantly lower than the initial emission rates of 85,000 t/d that were measured just after the eruption started on Wednesday afternoon.

The increase in gas emissions prompted a new message from the Hawaiʻi Department of Health, letting residents and visitors know that poor air quality may cause problems with respiratory health, especially in sensitive individuals.

At this time, there is no threat of lava inundation to nearby towns or neighborhoods. Scientists say no unusual activity has been noted in the Kīlauea East Rift Zone.

For now, the Kīlauea Volcano Alert Level remains at WARNING, and the Aviation Color Code remains at RED.