HAWAIʻI VOLCANOES NATIONAL PARK - The lava lake has risen approximately 27 meters, or 89 feet, since the start of the eruption. 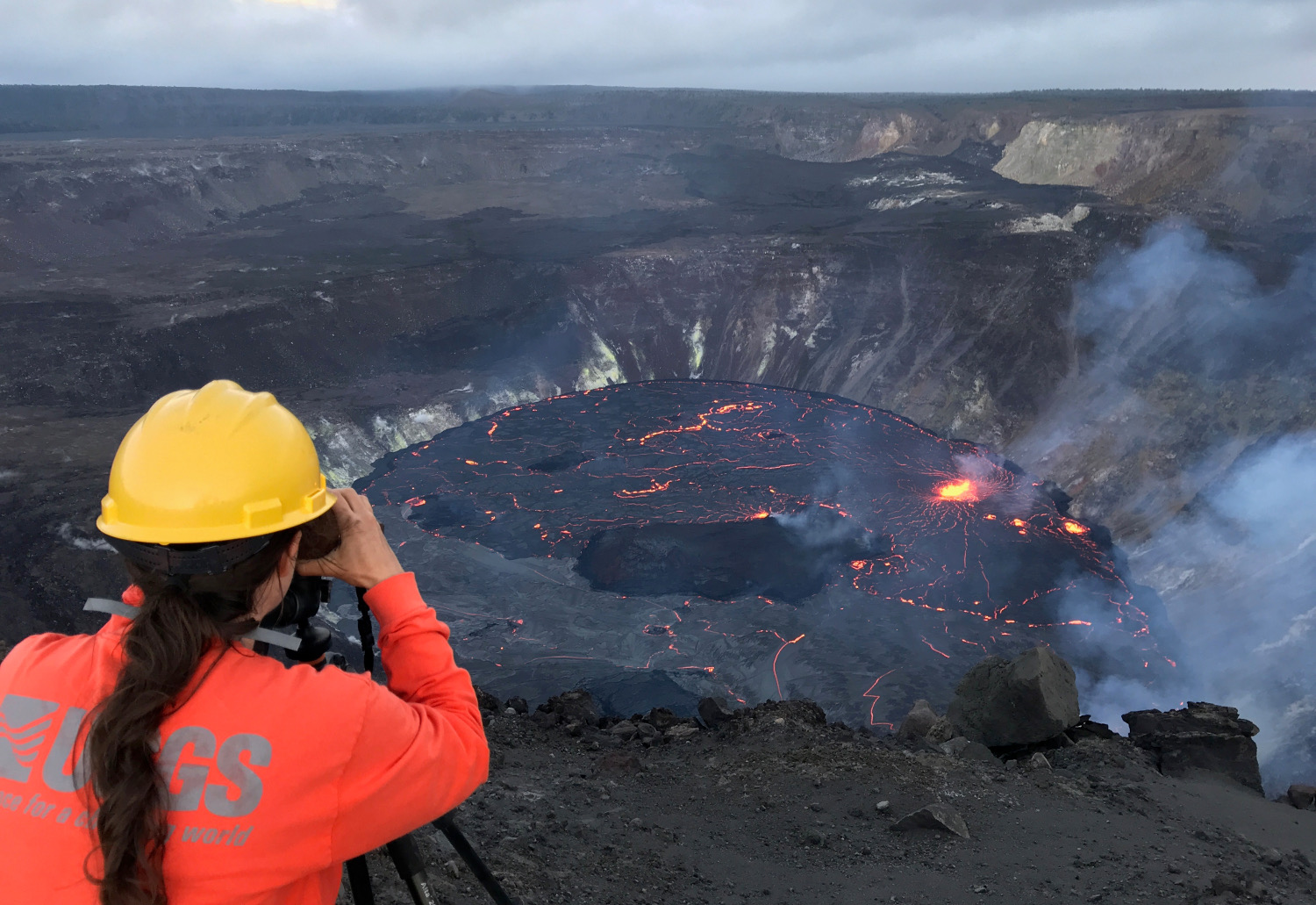 USGS: “The eruption in Halema‘uma‘u, at Kīlauea’s summit, continues as of the evening of October 2, 2021. From the south rim of Halema‘uma‘u, this image shows at least three fountaining sources in the crater. Hawaiian Volcano Observatory scientists monitoring the eruption today noted that spatter from the fountain near the southeast edge of the island in the center of the lava lake (that formed during the December 2020-May 2021 eruption) is constructing a small cone on the island.” (USGS photo by L. DeSmither.)

(BIVN) – Kilauea volcano continues to erupt at its summit, with multiple vents along the crater floor and western wall feeding an active lava lake.

As of Sunday morning, all lava activity is confined to the summit caldera within Hawai’i Volcanoes National Park.

Time-lapse video recorded by USGS webcams captured the activity in the crater. Over the past 24 hours, the lava lake level has risen over 1 meter, or more than 3 feet.

An interactive image posted to the HVO website provides a good look at the changes to the lake since the new eruption began on September 29. In total, the molten surface has risen approximately 27 meters, or 89 feet, since the start of the event.

Geologists say the west vent continues to be the most vigorous source, with sustained lava fountain heights of 10 to 15 meters, or 33 to 49 feet. A cone is being built around it.

Other vents continue to be active on the lava lake, including a 35-meter or 115 foot long fissure, in the central and southern parts of the lake.

Localized crustal foundering continues on the surface of the lava lake. Scientists say that due to the location of vents, it is not level across the surface. The west-end of the lake is 3 to 6 feet higher than the east-end.

HVO notes that no unusual activity has been observed in the volcano’s East Rift Zone.

Scientists say they will continues to closely monitor Kīlauea, and provide daily updates on changing conditions.