Video courtesy USGS Hawaiian Volcano Observatory & Tropical Visions Video. A synthesized voice was utilized in the narration for this story.

HAWAI'I ISLAND - The USGS Hawaiian Volcano Observatory is lowering the alert level from Warning to Watch, and the aviation color code from Red to Orange. 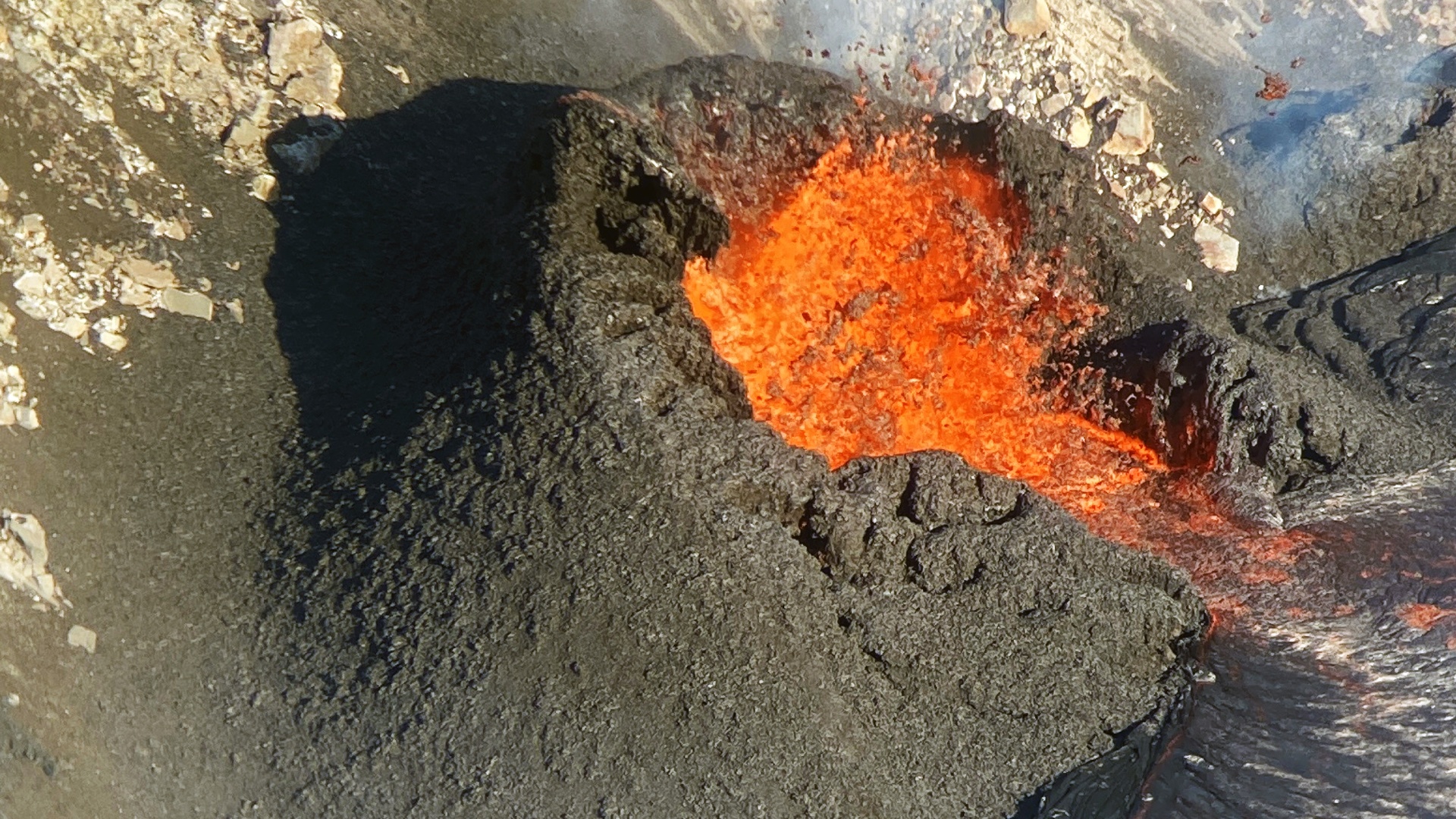 USGS: “This zoomed-in view of the erupting western fissure in Halema‘uma‘u shows lava fountaining activity on the morning of October 4, 2021. The fountains have built a C-shaped spatter rampart around their source, which is now submerged in the rising lava lake. Using a laser rangefinder, HVO field crews measured the spatter rampart to be standing 20 m (66 ft) above the surrounding lava lake surface.” (USGS photo by M. Zoeller.)

(BIVN) – There has been a change in the Kilauea volcano alert level, as the eruption that began on September 29 continues.

The USGS Hawaiian Volcano Observatory is lowering the alert level from Warning to Watch, and the aviation color code from Red to Orange, reflecting the less-hazardous nature of the ongoing eruption.  All activity remains confined to the summit caldera within Hawaiʻi Volcanoes National Park.

Early in the eruption, vigorous fountaining – with bursts as high as 60 meters, or nearly 200 feet – produced significant amounts of volcanic debris that was deposited downwind. The lava fountains reactivated the lava lake at the base of the crater, but as the level of the molten lake has risen, it has partially drowning the vents, resulting in subdued fountaining. Also, the amount of sulfur dioxide emitted from the eruption has dropped from 85,000 tons per day to 12,000 t/d.

In a USGS Volcanic Activity Notice posted on Monday evening, scientists wrote that it is unclear how long the current eruption will continue. They note that Kīlauea summit eruptions over the past 200 years have lasted from less than a day, to more than a decade. USGS says this ongoing eruption is similar to the most recent Kīlauea eruption, which was also confined to the summit crater and generated a lava lake. It lasted approximately five months, from December 2020 to May 2021.

Scientists say they will continue to monitor Kīlauea volcano closely and issue additional messages as warranted by changing activity.