Video courtesy USGS Hawaiian Volcano Observatory & National Park Service. A synthesized voice was utilized in the narration for this story. 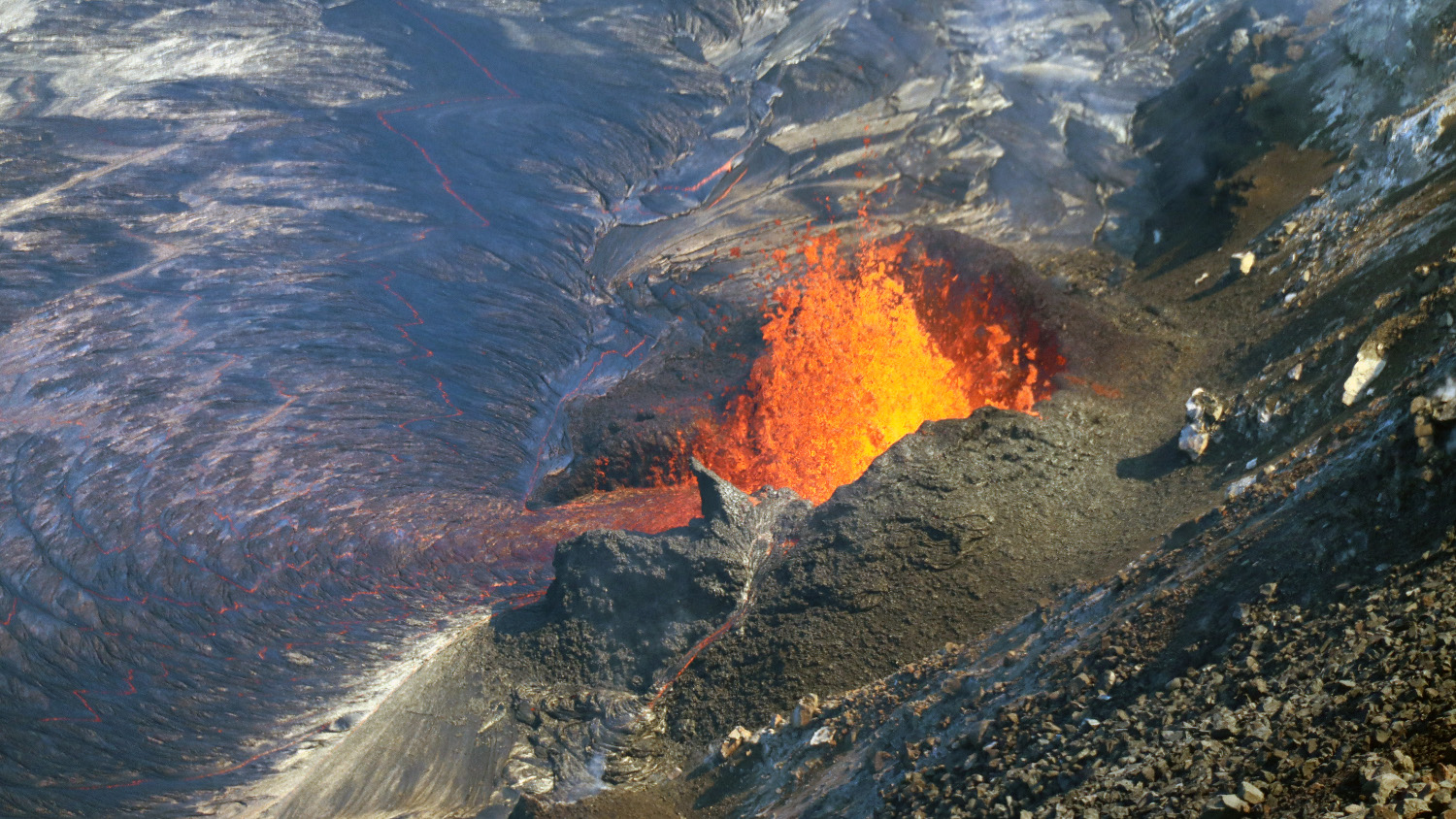 USGS: “A telephoto view of fountaining at the western vent in Halema‘uma‘u crater, at the summit of Kīlauea. Spatter from the fountain has built a horseshoe-shaped cone around the vent in the western crater wall. Molten spatter accumulating on the cone forms a tiny stream of lava down the north side (bottom center). This photo was taken on October 4, 2021, from the northwest caldera rim.” (USGS photo by M. Patrick.)

(BIVN) – The eruption of Kilauea volcano continues at the summit caldera. While the alert level was downgraded on Monday evening from WARNING to WATCH, lava is still erupting from multiple vents and filling the lava lake in the Halemaʻumaʻu crater.

Today, the USGS Hawaiian Volcano Observatory released some new video, showing the active lava fissures. Scientists say the west vent continues to be the most vigorous source, with occasional bursts up to 20 meters, or 66 feet. The lava lake has risen to the base of the west vent, around which a spatter rampart is being built.

Over the past 24 hours, the lava lake level has risen approximately 1 meter, or 3 feet. 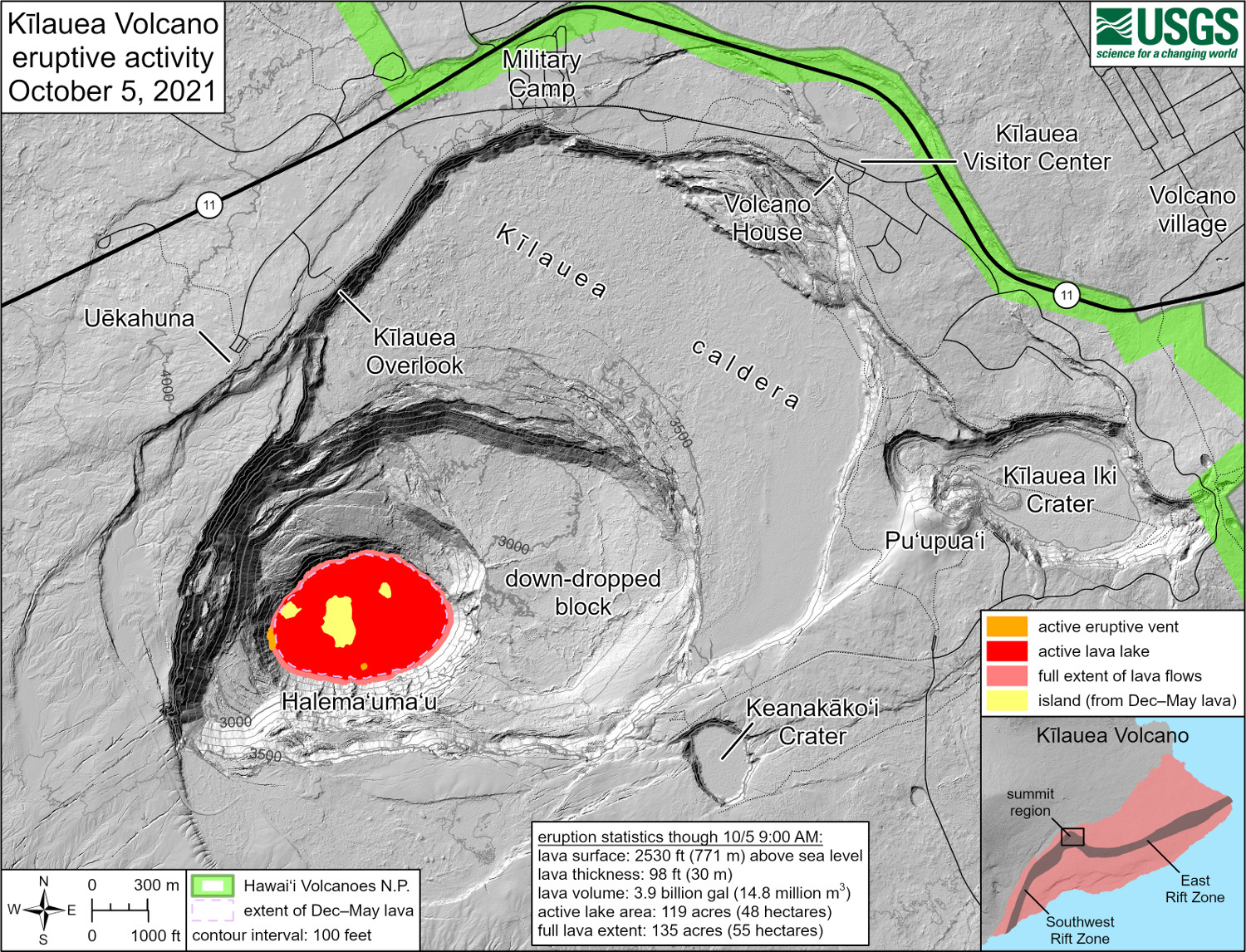 USGS: “This reference map depicts the ongoing Kīlauea summit eruption on October 5, 2021. Two eruptive vents are active at this time: one along the western edge of the rising lava lake, and one within the south-central portion of the lake. Several islands from the December 2020–May 2021 eruption dot the lake surface, some of which were initially drowned but later floated back to the surface. Note that this map depicts contour elevations in feet, with the surface of the lava lake now at approximately 2530 ft (771 m) above sea level. At this time, active lava is visible from two public visitor overlooks in Hawai‘i Volcanoes National Park: a site along the trail between Kīlauea Overlook and Uēkahuna can see the southeastern edge of the lava lake, and a section of the Keanakāko‘i Overlook can see fountains at the western eruptive vent.” Visit the park eruption page for more info.”

The USGS published this reference map on October 5th. It shows the location of the two eruptive vents that were active at the time the map was made. It also shows the position of several islands on the lava lake surface that were present during the previous five month eruption that started in December 2020. Some of these islands were initially drowned by lava but later floated back to the surface. The surface of the lava lake is now at approximately 2,530 feet, or 771 meters, above sea level. Active lava is now visible from two public visitor overlooks in Hawai‘i Volcanoes National Park.

All lava activity remains confined to the summit within Hawai‘i Volcanoes National Park, and no unusual activity has been observed in the East Rift Zone.